I measured power and performance in the second pass of the benchmark since that’s where the more CPU intensive work gets done.

First, we look at performance: 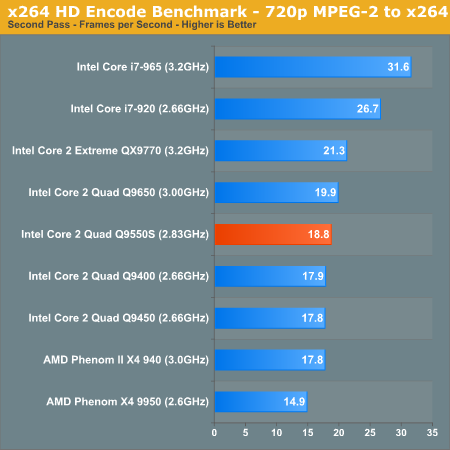 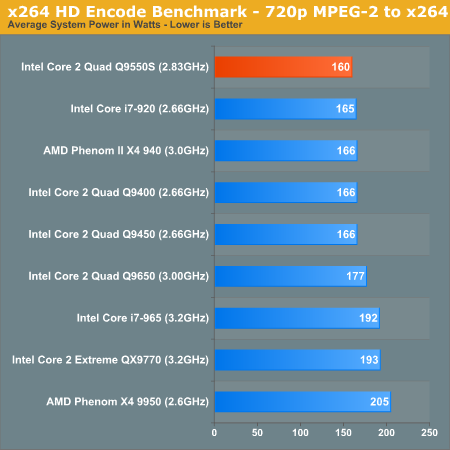 The Q9550S takes the cake with the lowest average power during the x264 encode, even slightly lower than the Q9400. 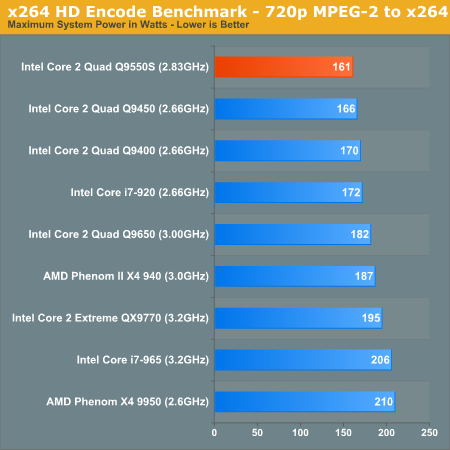 Let’s look at the total energy consumed by the system during the benchmark: 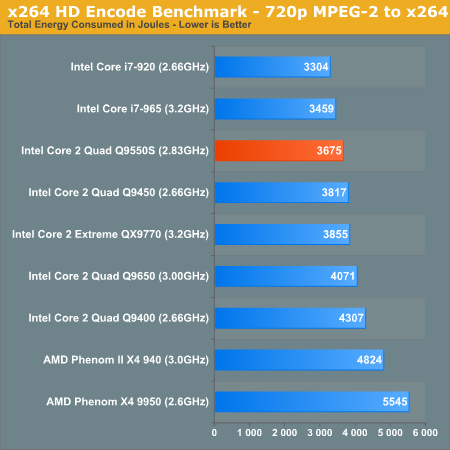