Call of Duty 5 is pretty good looking, though we much prefer the previous title in the series as far as the gaming experience goes. This newly added test at AnandTech seems to favor NVIDIA hardware. We test a section near the beginning of the game with a straight line FRAPS run through in the woods. 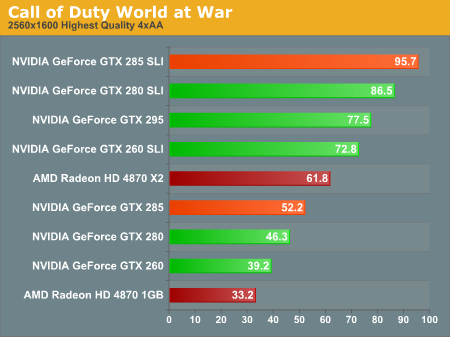 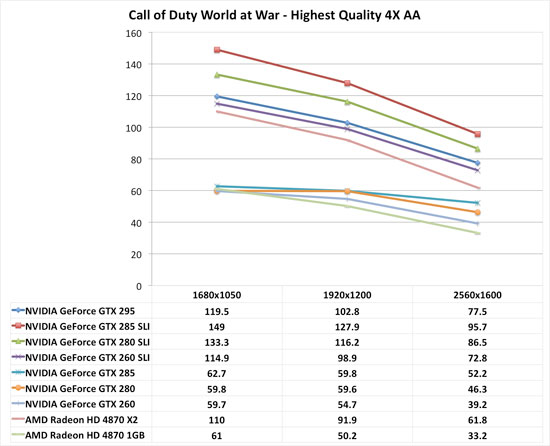 Looking at the rest of the tests show a bit of a performance barrier near 60 FPS despite the fact that we set max fps to 1000 and disabled vsync everywhere we could. Framerates under 2560x1600 are fairly compressed with a little separation at 1920x1200 that still shows the NVIDIA advantage, but not as clearly.