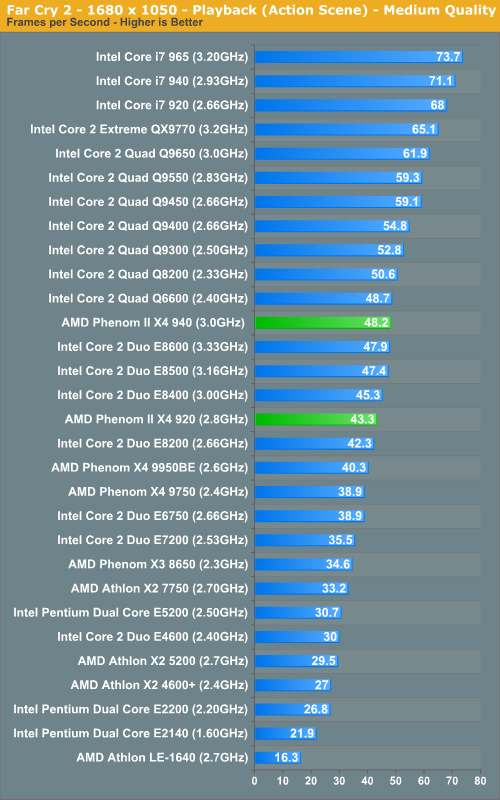 FarCry 2 is an interesting game because it makes real use of more than two cores, which propels Core i7 to the top of the charts. FarCry 2 also ends up being very favorable to Intel architectures. 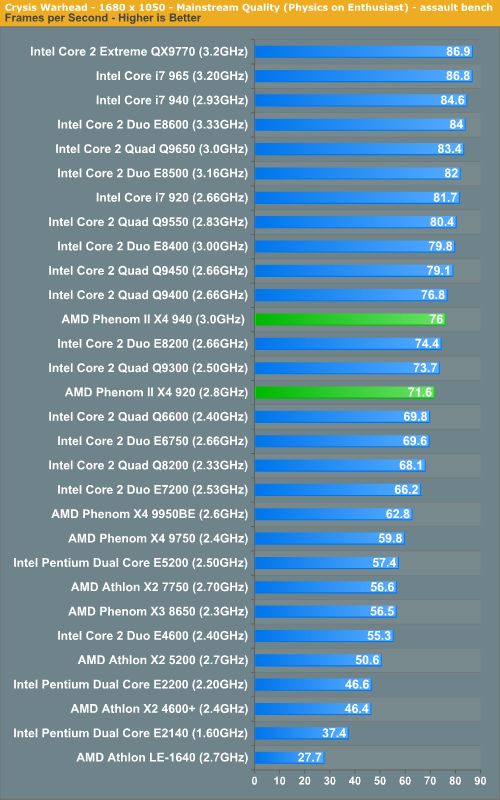 Gaming performance was traditionally a weak point of Phenom. AMD often argued that Phenom's gaming performance was good enough, but with a better alternative at the same price point there was no reason to settle. With Phenom II, thanks to higher clock speeds and more cache, AMD now has a competitive gaming CPU. The Phenom II X4 940 and Core 2 Quad Q9400 are nearly identical in performance; AMD could not have positioned or priced this CPU any better. The Q9550 is a bit faster but, at least for now, it comes with a higher price tag as well. The Phenom II X4 920 is also right where it needs to be: between the Q8200 and the Q9300.