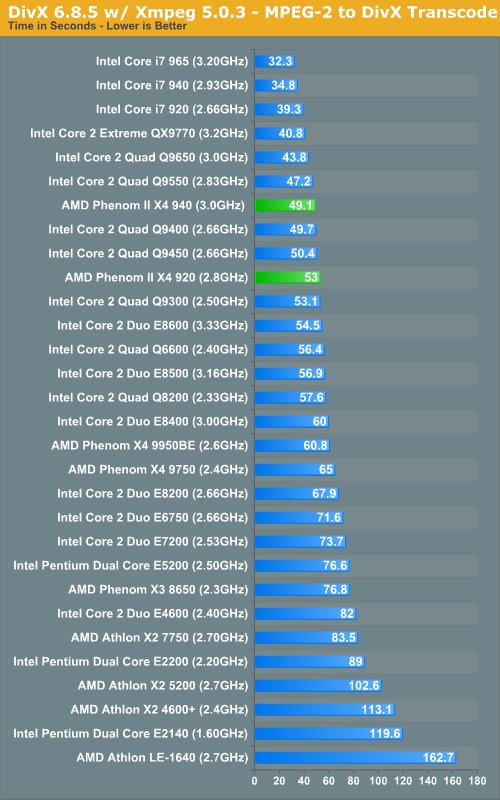 Now this is a tremendous victory for AMD. The Phenom II X4 940 doesn't break any performance records, nor can it outshine the Core i7 920, but what it does do is offer the same DivX encoding performance as Intel's Core 2 Quad Q9400. The cache and clock speed advantages are just too much for Intel's parts. 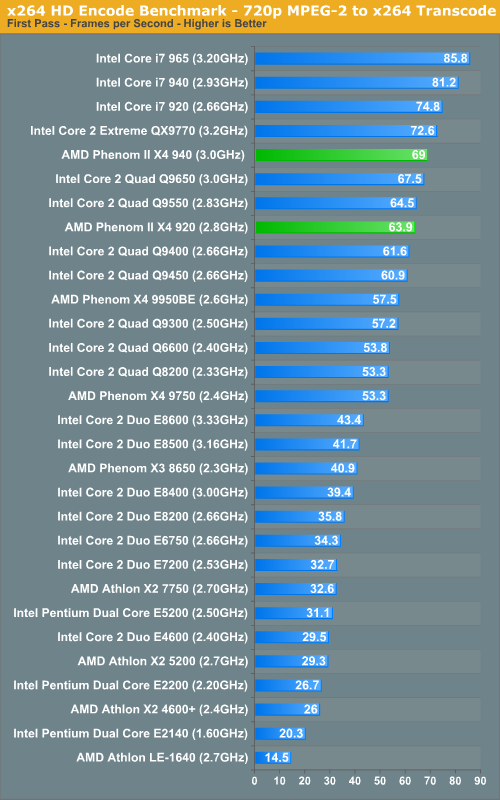 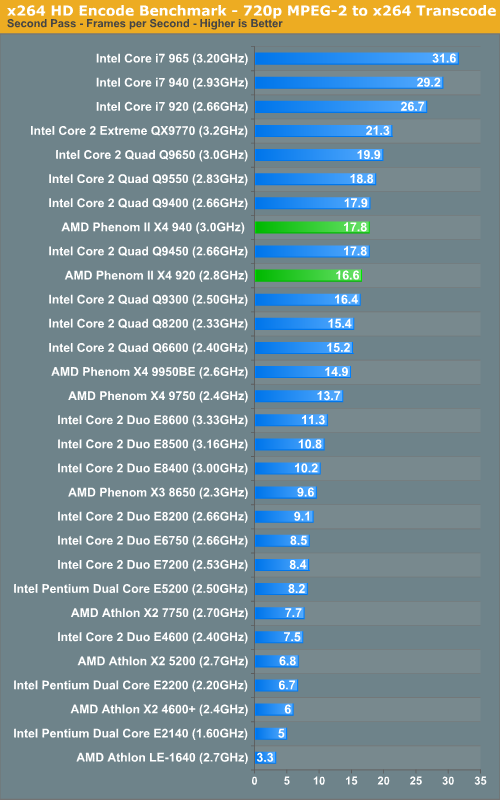 The second pass of the x264 encode is where the majority of the work gets done, hence the lower frame rates. The actual encode is happening here and the Phenom II X4 940 ties the performance of the Core 2 Quad Q9400. The same goes for the Phemom II X4 920 and the Q9300. The Q9550 and the Q9400 are faster than the 940 and 920 respectively, but Intel needs to reduce the pricing on both of those parts to remain competitive. 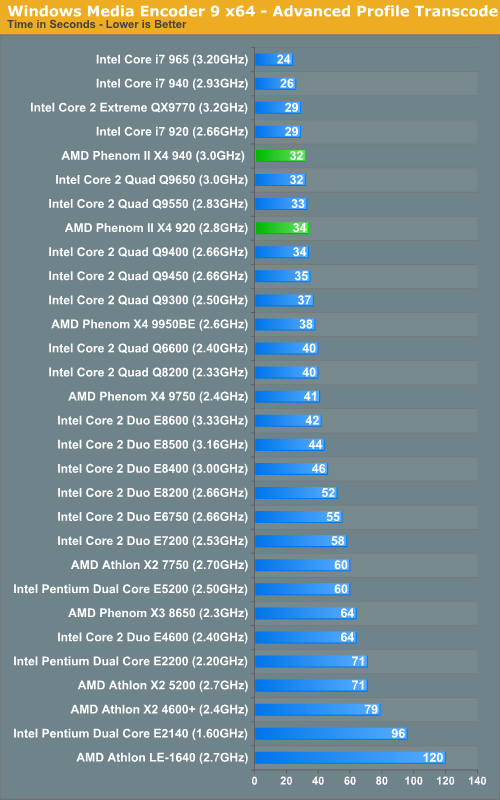 Windows Media Encoder has always been an AMD favorite and Phenom II does extremely well here. Again, clock for clock we're at the same performance levels of Penryn, thanks to Phenom's IMC. The Phenom II X4 940 and 920 both outperform their price competitors; in fact, they both perform outside of their price class.