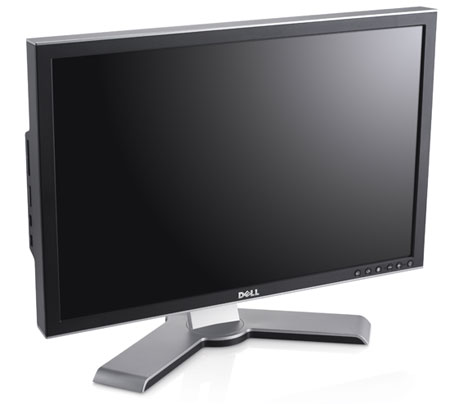 As we move into the high-end LCDs, generally speaking we are looking at 24" and larger displays. One offering that you might want to jump on his the Dell 2408WFP, currently on sale for just $482 (though we're not sure how long that sale will last). We gave this monitor or Silver Editors' Choice award, as it has great features and also delivered some of the best color accuracy results we've seen to date. Particularly noteworthy is the fact that it scored 1.74 average Delta E without any calibration -- that's better than some LCDs do with calibration. The only drawback to the 2408WFP is a significant amount of input lag, although we understand that later revisions have reduced the lag to the point where it might be acceptable. We haven't been able to personally test the later revisions, so we don't know for sure how much the situation has improved, but if your primary concern is color quality this is still an excellent LCD.

Other options in this category are interesting, in that you can actually find a few S-IPS or S-MVA. For an S-IPS display, the HP LP2475w runs $585, which is more expensive than a lot of the competition, but our personal preference is still IPS over any of the other technologies. S-MVA panels are few and far between for whatever reason, and at present we are only aware of one LCD in the US that uses an S-MVA panel, the BenQ FP241VW... and it no longer appears to be in production. Still, prices have dropped significantly since the LCD launched, and our own testing indicates that input lag matches the best any of the other LCDs we've tested can offer. That means you can get wide viewing angles, good color accuracy, and still not have to sacrifice gaming potential. Finally, there are a few higher quality 22" LCDs that also fall into this category, like the Lenovo L220X, a 22" 1920x1200 LCD with an S-PVA panel. At $485 it costs as much as the Dell 2408WFP, but that's the price of a high resolution non-TN 22" LCD it seems. Finally, the Planar PX2611W is a 26" S-IPS panel that is very highly regarded by many owners, although it is priced quite a bit higher than the 24" LCDs, coming in at $765. 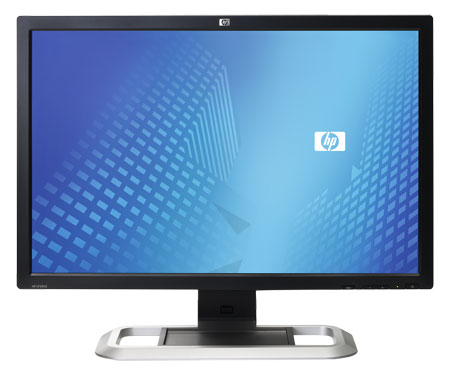 Last we have the ultra high-end LCDs, with prices that are more than most people will spend for an entire system. Generally speaking, if you're going to spend this much money we would recommend picking up a 30" LCD, but there are also imaging professionals that will want best in class performance. Most of the 30" LCDs use S-IPS panels and have similar performance characteristics, so it comes down to features. The Dell 3007WFP-HC and HP LP3065 go head-to-head at around $1200 -- the HP costs $50 more at present. The primary difference is that Dell has a single dual-link DVI input along with flash media slots, while HP skips on the flash reader but includes three dual-link DVI inputs. If you never intend on connecting your LCD to more than one computer, either LCD will work fine; if you might want to use a KVM switch down the road, however, know in advance that dual-link KVM switches are extremely expensive. We would give the edge to the HP LP3065, but the margin of victory is extremely small.

If you're looking for other 30" options, a slightly cheaper alternative that's worth a look is the DoubleSight DS-305W, which again uses an S-IPS panel but carries a $950 price tag. We haven't personally tested the display (yet), but $200 is nothing to scoff at compared to the HP LP3065. If you might prefer something other than an S-IPS panel, Samsung offers the 305T with an S-PVA panel for just over $1100. Input lag is reputed to be better than the 24" and 27" S-PVA panels, but we're not sure it's at the level of the 30" S-IPS panels. Finally, we should note that the newer Dell 3008WFP includes a bevy of input options, but apparently also suffers from severe input lag, making the $2000 price tag much more than we are willing to pay.

The final two options in the dream LCD category target imaging professionals, and both come from NEC. The 26" LCD2690WUXi uses an H-IPS panel and is priced at $1050, but among users that demand accurate color it has a very good reputation. The other option is another 30" S-IPS panel, the LCD3090WQXi that retails for $2000. If your livelihood depends on accurate colors in print media, the price premium over competing 30" options may not matter. Most users looking to pick up a 30" LCD will probably be more than happy with one of the cheaper options, however.