With a new microarchitecture comes a new naming system and while it makes sense for Intel to ditch the Duo/Quad suffixes that's about the only sensible thing that we get with Nehalem's marketing. The new name has already been announced, Nehalem is officially known as the Intel Core i7 processor. Model numbers are back of course and the three chips that Intel is announcing today are the 965, 940 and 920. The specs break down like this:

Obviously there's no changing Intel's naming system now, but I'd just like to voice my disapproval with regards to the naming system. It just doesn't sound very good.

These chips aren't launching today, Intel is simply letting us talk about them today. You can expect an official launch with availability by the end of the month.

By moving the memory controller on-die Intel dramatically increased the pincount of its processor. While AMD's Phenom featured a 940-pin pinout, Intel's previous Core 2 processors only had 775 contact pads on their underside. With three 64-bit DDR3 channels however, Intel's Core i7's ballooned to 1366 pads making the chip and socket both physically larger: 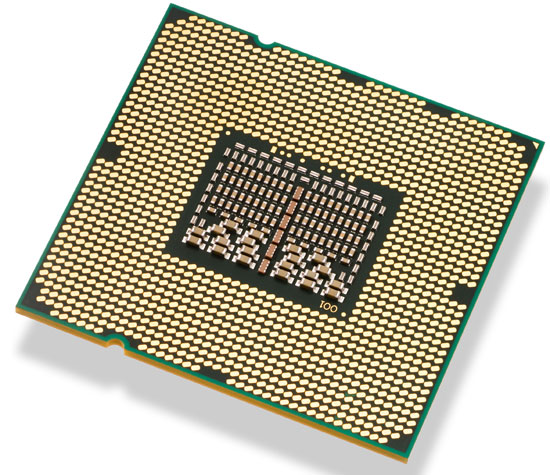 The downside to integrating a memory controller is that if there are any changes in memory technology or in the number of memory channels, you need a new socket. Sometime in 2009 Intel will introduce a cheaper Nehalem derivative with only a 2-channel memory controller, most likely to compete in the < $200 CPU price points. These CPUs will use a LGA-1156 socket, but future 8-core versions of Nehalem will use LGA-1366 like the CPUs we're reviewing here today. 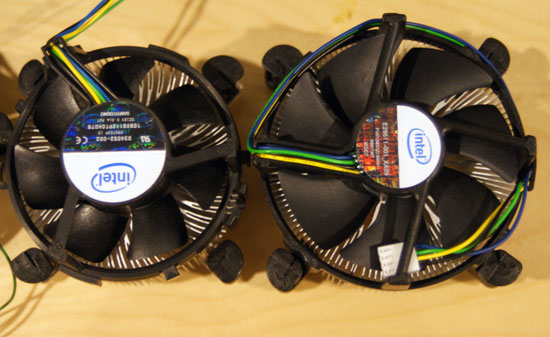 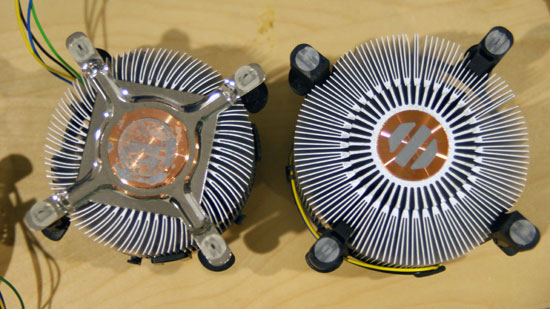