Before we begin our noise comparisons we asked the question, "How do you actually compare a 12MP full-frame sensor to a 24.6MP full-frame sensor?" This question is important since the same image shot with the A900 from the same position with the same lens will contain twice as many pixels in a given picture area than an image shot with a 12MP sensor. This was a moot point when image resolution went from 8 to 10MP or 10 to 12MP, but the Sony sensor is double the resolution of competing full-frame cameras and the question becomes more important.

Any who have printed large images from a digital file will immediately understand our question. It is very clear that a larger noisy image when printed smaller often looks like it has very low noise. This is why we often say noise would be good enough for small prints but not for big enlargements. The noise becomes more apparent as the image size is increased.

Our tests didn't land on either side of this issue. Instead the decision was made to provide both same pixel size crops and 0.5x crops; the latter represent the same area of the image as the 12mp cameras in each capture. The same pixel crops are 150x250 actual pixels captured from both images. The 0.5x crops are twice the number of pixels in a 212x353 capture that has been adjusted from the standard 350dpi to 248dpi so the crop you are viewing is approximately the same size as the crop from the 12MP camera. That is the reason for the two crops for the Sony A900. The regular view is a pixel-level 150x250 crop, while the 0.5x is a double the pixels crop adjusted for the same image area as the 12MP crop. We will leave it to you to decide which is the more relevant of the two crops for the A900. 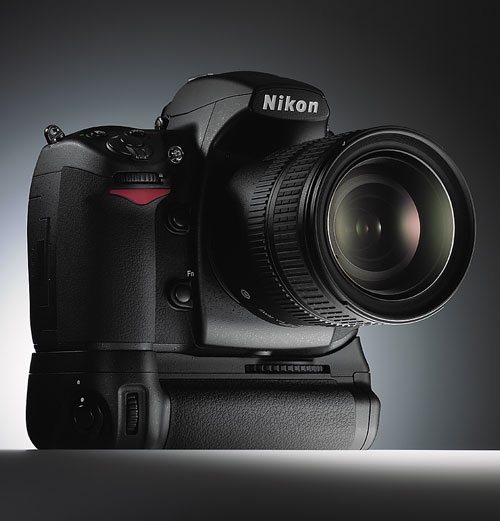 The Nikon D700, which was introduced just a couple of months ago, uses the same full frame sensor used by Nikon in the $5000 D3. The incredibly wide ISO sensitivity range to an expanded 25600 is also maintained, but the price has been reduced to just below $3000. The Nikon D700 also features one of the fastest burst rates in the full-frame class at 5 FPS, and that can be extended to 8 FPS with the battery grip powered by the Nikon Pro battery or six AA cells.

The high ISO performance of the Nikon D700/D3 sensor, as everyone already knows, is without equal. That should not come as a surprise since the pixel density of the Sony A900 is double the Nikon D700. On the other hand, nothing currently on the market really comes close to the resolution and detail captured by the A900 sensor. Those who thought 24.6MP would make little difference are just wrong, as the increase in captured detail is very clear.