The glossy issues don't apply nearly as much indoors since you don't usually have a sun in your room, thus our focus turns to viewing angle. With the previous generation MacBook the poor viewing angle of the panel kept me from really recommending the notebook. You couldn't tilt the screen far back enough to get a good viewing angle with the laptop in a plane for example.

The first noticeable change is that you can tilt the screen back a lot more on the new MacBook and MacBook Pro, helping to alleviate some of the viewing angle issues on the MacBook (the Pro still uses a much better panel with significantly better viewing angle). 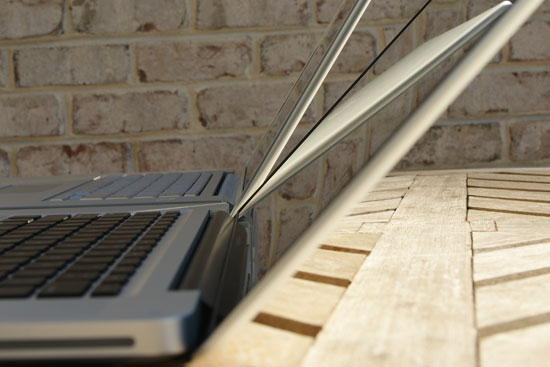 The old MacBook Pro (back) vs. the new Macbook Pro (front) 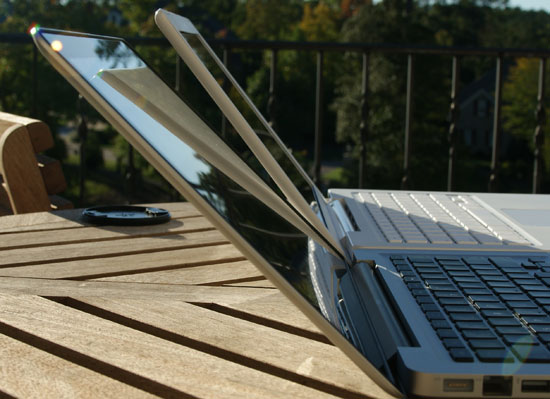 The old MacBook (back) vs. the new MacBook (front)

The new MacBook panel is definitely improved in general; while it's not perfect the LED backlight helps a ton. Here's a comparison between the new MacBook and the old one: 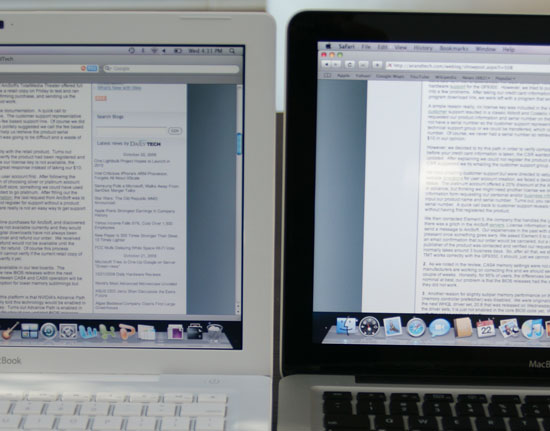 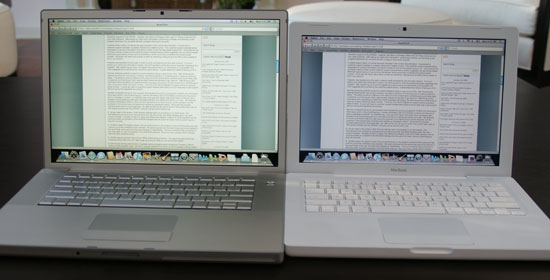 Straight on we see warmer colors on the MacBook Pro (left) but at this angle everything looks fine. At a more ridiculous angle you can get an amplified picture of the problem with the old MacBook:

Both of these displays are at full brightness, but the MacBook (right) is hardly visible. This is clearly an extreme case but even at smaller angles you still notice a lot of washout on the old MacBook's display. Now let's do the same comparison with the new MBP and MacBook: 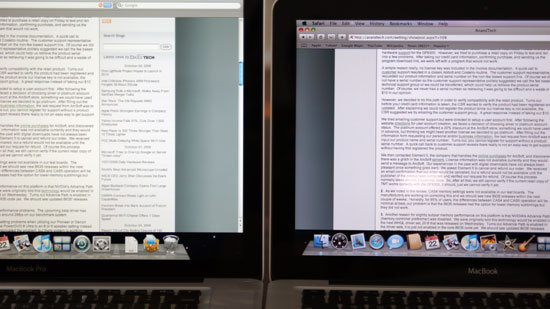 Head on we see the same differences in panels, the MacBook Pro has much warmer colors than the MacBook. Let's see what happens if we go to a more extreme viewing angle though:

The MacBook gets a bit darker but nothing near as bad as what we saw with the old MacBook, showing the sort of improvement that Apple has made this generation. The new MacBook finally has an acceptable display. While I wouldn't consider the old MacBook because of the display, the new one is improved enough that I'd actually be ok with it. I've written most of this review on the new MacBook and while the old one would've frustrated me by this point, the new one was just fine.

The MacBook Pro does offer some definite benefits in low light viewing however, let's take a look at black levels when watching a movie: 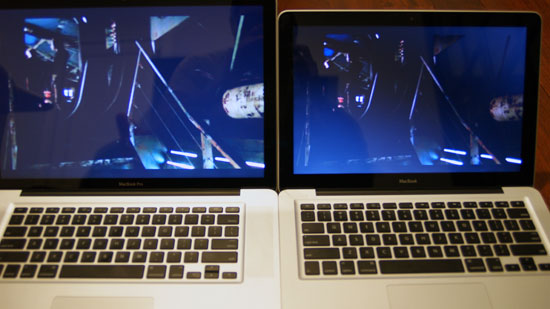 Here everything looks ok, but let's go to a more extreme angle and cut the lights off: 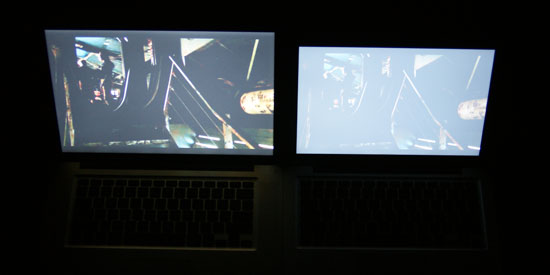 Both screens are quite visible in reality at a normal viewing angle, but the MacBook Pro is definitely better.