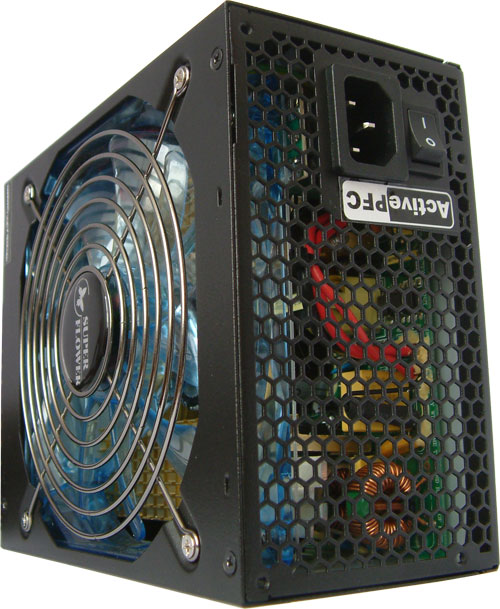 Today we're reviewing a new power supply from Super Flower, a company that has been producing power supplies predominantly for other companies, though they also sell PSUs under their own brand. Several years back their units were a lot more common and you could find them in online shops around the globe, but their presence has been fading. However, we have reviewed a few other brands that were built by Super Flower. Super Flower was one of the first companies to introduce fans larger than 120mm in power supplies and in fact they have several patents related to this. Besides power supplies the company also offers PC cases. 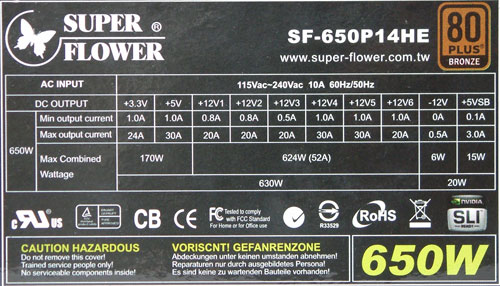 The label shows a total of six 12V rails which is uncommon for a 650W power supply. Each of the rails is listed as 20A, except rails 12V4 and 12V5 are 30A. However, the total combined power of the 12V rails is only 624W, which you could exceed just by putting a maximum load on the two 30A rails. This raises the question of whether there's any reason to include additional rails, considering users will only be able to use a small fraction of the theoretical maximum load if they connect devices to each rail. This is in direct contrast to other companies that opt to use a single high amperage 12V rail. The 3.3V and 5V rails are in line with what we normally see, with a total combined power of 170W. Super Flower might want to fix the German spelling on the label, since hardly any of the words are spelled correctly. (Ed: The English grammar on the packaging could also use some work.)