The CPU of choice in the Inspiron Mini is Intel's recently announced Atom. I've gone through Atom's architecture before and also looked at its performance, basically what you're looking at is something that's around the speed of a 1.2GHz Pentium M on average. You're not going to be setting any speed records with this thing, but by no means is it slow. It gets the job done. 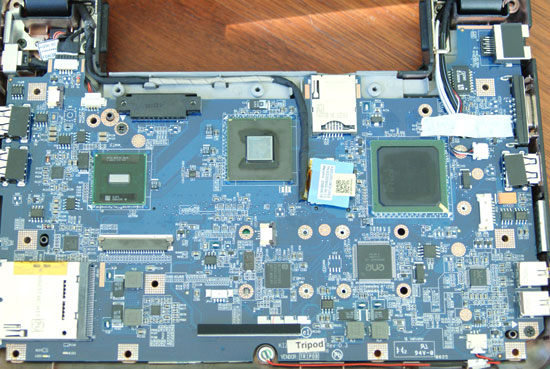 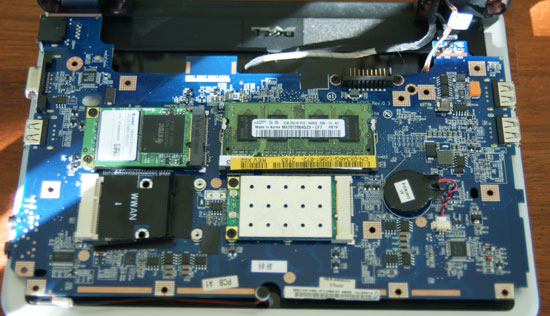 Once again we've got an Atom system without Poulsbo (Atom's ultra power efficient mobile chipset), instead we've got the Intel 945G, which not only increases the required area on the motherboard but also the power consumption of the system. I asked Dell why it opted against Poulsbo and I was told that it was a timing issue - in order to have the Inspiron Mini out today, the design had to be completed using 945G. I'd expect future netbooks to start switching to Poulsbo, but for now we're strictly a 945G shop.

Opening up the Mini is pretty simple, you can gain access to all of the user serviceable components through a door on the bottom of the netbook (two screws are all that separate you from more memory or a bigger SSD). There's a mini PCIe slot for the SSD, one for the WiFi card and a single SO-DIMM slot for your memory. 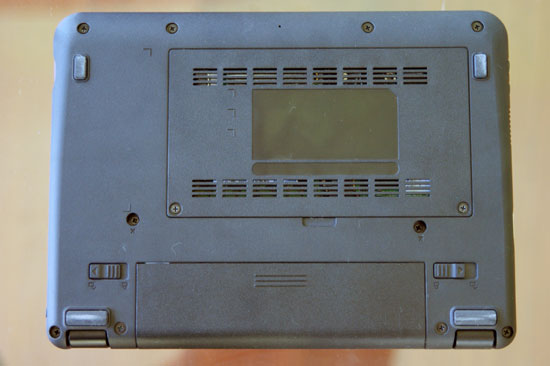 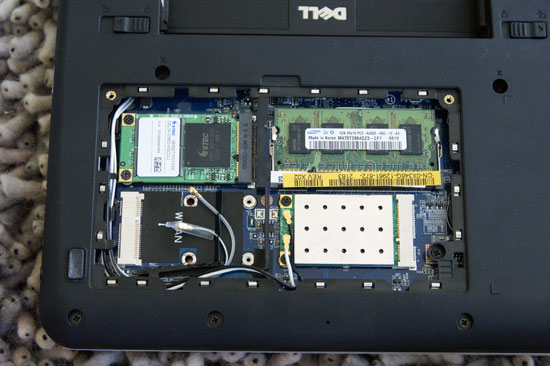 The integrated mic is located at the front of the unit, you can see it here near the Tripod sticker: 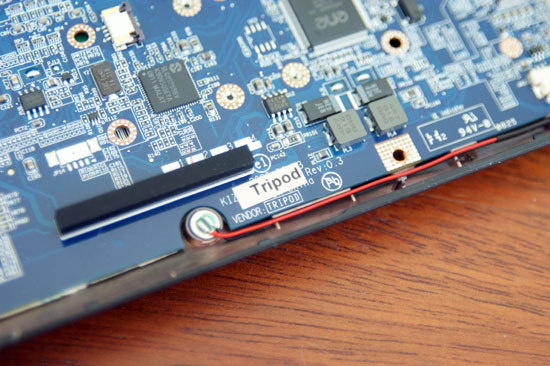