The entry level Mini ships with Ubuntu and a very elegant application launcher - this is the version I had for review. Once again, mimicking what ASUS did with its Eee PC, but improving at the same time. There's a much greater degree of polish to Dell's Ubuntu install than Xandros on the Eee PC, functionally the two are equally capable as presenting the netbook as an appliance and not a computer, but Dell's approach feels a bit more...professional. 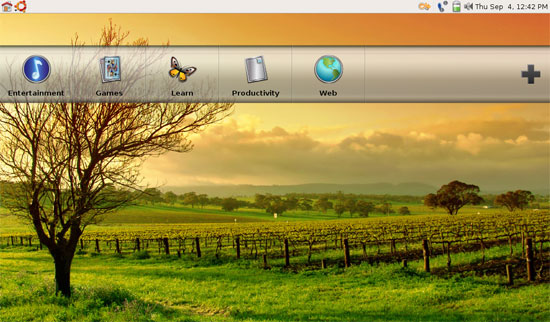 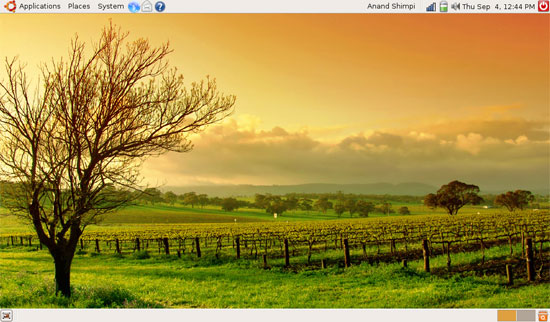 The standard desktop with the application launcher disabled

The application launcher has some very nice transition effects between levels of the menu, and honestly the only complaint I had was that while ASUS had standardized on Google links everywhere, Dell opted for the less popular Yahoo alternatives. There's even a Yahoo toolbar installed by default, which is completely unneeded on a device with such limited vertical screen resolution. With only 600 pixels separating the top and the bottom of the screen, we need efficiency here - not garbage crowding our screen. Google Chrome would work perfectly in this sort of a situation where there's no need for a menu bar in the browser. 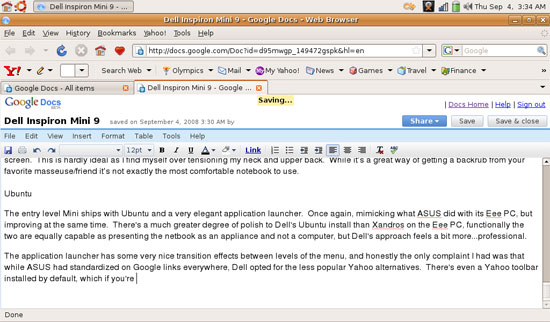 ASUS' UI places the task bar at the bottom of the screen while Dell's has it on top, it's mostly personal preference. Take your pick. Thankfully, these distinctions only apply to those using it as an appliance - you can obviously load any Linux distro or other OS on the Mini (or the Eee PC).

Like other Linux based netbooks, the Inspiron Mini relies on OpenOffice to provide your basic Microsoft Office compatibility. The OO applications get the job done but they do lack the fit and finish of their MS equivalents. That being said, they are free and we are still talking about a $349 computer here. 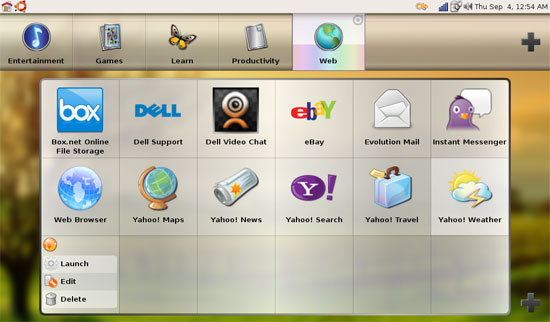 The app launcher is very easy to use, you can also add your own icons

Web browsing is provided courtesy of Mozilla, although as I mentioned before, I do believe Chrome would actually shine here thanks to its simpler interface. Pidgin comes preinstalled for IM support, no complaints there either. Updates are handled automatically and for the most part everything worked flawlessly. I did have one issue where the built in camera application (Cheese) wouldn't record usable video, the resulting video file would play back at 2x the correct frame rate and without audio. I'm guessing that's more of a software problem than a hardware one though.

If you've never used Linux, there's honestly no reason to be afraid of the base configuration on the Mini. The application launcher is straightforward enough and Ubuntu is user friendly enough that any computer user should be fine. It's even better if you rely on Gmail/Google Docs for all of your email/documents, then all you need to do is know how to get to the web browser and you're good to go. For a die-hard Windows user, it may take some adjusting to Ubuntu but the switch is, in my opinion, easier than the Windows -> Mac transition.