As much as AMD has been ridiculed for its expensive purchase of ATI, the only part of the combined company that’s actually producing exciting product these days is the graphics division. Hot on the heels of the release of the Radeon HD 4800 series AMD has three new Phenom processors...unfortunately this isn’t an architectural change, and what we have today are two lower clocked and one higher clocked model. 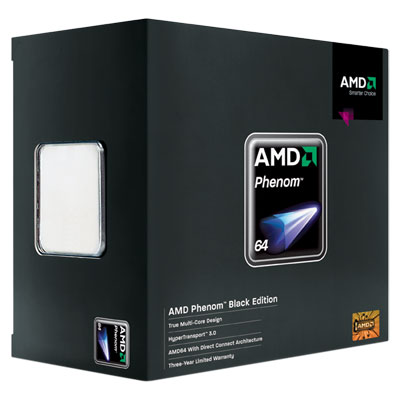 The first processor is the Phenom X4 9950 Black Edition. Clocked at 2.6GHz, the Black Edition moniker indicates that it ships completely unlocked. Unfortunately the unlocked nature doesn’t really help you too much as the 65nm Phenoms aren’t really able to scale much beyond 2.7GHz consistently, so it’s mostly a marketing feature (Update: With some of our motherboard issues out of the way, detailed later on, we may be able to challenge this limit with the 9950.  More results coming). 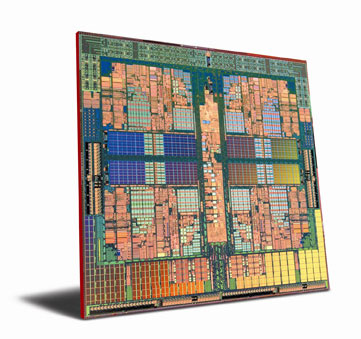 The next two are potentially more interesting, AMD is introducing the Phenom X4 9350e and 9150e. The little-e indicates that these are energy efficient processors, in fact they are AMD’s first quad-core Phenoms to carry a 65W TDP (the rest of the lineup is 95W, 125W or 140W).

Unfortunately AMD doesn’t achieve these low TDPs by simply power binning its Phenom processors, instead what we’ve got here are two very low-clocked Phenom CPUs: 2.0GHz and 1.8GHz, respectively. By reducing clock speed and lowering the core voltage, AMD was able to hit a 65W TDP (something we’ll prove a little later). The 9150e also uses a lower North Bridge clock of 1.6GHz instead of 1.8GHz for the majority of the Phenom line. 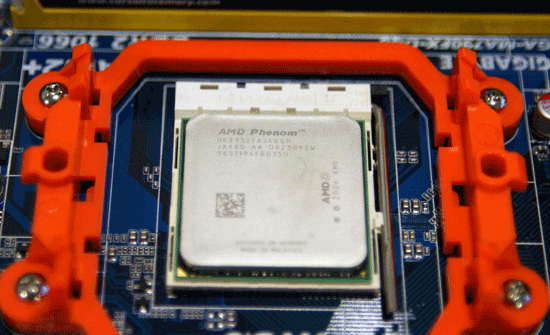 Without an updated architecture, AMD simply can't compete with Intel's Core 2 Duo and Core 2 Quad lines - however, as we saw with the Athlon X2, by dropping its prices AMD can turn an uncompetitive part into a reasonable contender. With the Phenom re-launch AMD became a viable alternative to Intel and beginning next week, AMD will begin dropping prices on its entire lineup of Phenom X3 and X4 CPUs:

The price cuts themselves aren't tremendous, but they should be enough to make AMD even more competitive than the last time we visited this issue.