Have you ever read about an upcoming game that sounded exciting, but then you lost enthusiasm due to the lack of updates that followed? Maybe you didn't even recognize it at the time, because the game just faded from your consciousness. Like many gamers, I like to follow the progress of games I'm excited about from development to release. I enjoy watching all the informative developer interview videos along the way, but when all publicly released progress is nonexistent, you have to wonder what the heck is going on with these games. A lack of progress or information can also lead to games being canned as interest appears to wane.

With that said, I'd like to bring to light a number of games whose presence has simply fallen off the face of the earth since their initial announcement. Some of these may be more familiar, but we're avoiding the most noteworthy titles that "everyone" already knows about. (Yes, Duke, I'm talking about you!) As always, I am platform agnostic, so the following titles may be for PC, Xbox 360, PS3, or some combination of those. 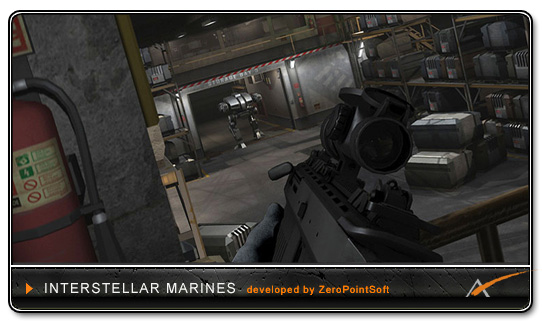 Originally referred to as Project IM, Interstellar Marines wowed fans of first person shooters everywhere with an incredible looking trailer shown off at the Electronics Entertainment Expo (E3) in 2006. You can still see this trailer at the official site. Although there were a few updates that lead up to the release of this trailer, not one official word has been uttered since. Even though many game sites have the game listed with a release date of TBA 2008, it has been updated each passing year with TBA 2006 and TBA 2007. Needless to say, we know very little about this game other than its potential to be a huge hit. Here's to hoping that its developer, ZeroPointSoft, will be dropping some new info about the game really soon. 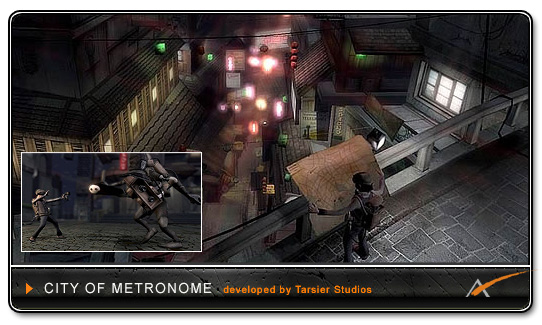 In 2005, Tarsier Studios announced a forthcoming fantasy-action-adventure game, titled simply Metronome. Updated to City of Metronome, the game stood out from the crowd with its unique art style and wildly imaginative characters. This game also suffers from a lack of public knowledge. However, things haven't been completely quiet. In 2006, an odd piece of information was released. It stated that the game's original concept, which consisted of your character capturing various sounds with a recording device and playing them back to manipulate your surroundings and entrance your enemies, was scrapped. This was reportedly due to the game's prospective yet unnamed publisher claiming that the concept was not marketable. What a shame - it sounded great to me. Still, beyond this announcement, no updates have been made public. In the smaller image above, you can see the original concept at work. Although the game's official site remains active, there are no hints of the game's progress or links to bring visitors beyond the main page. 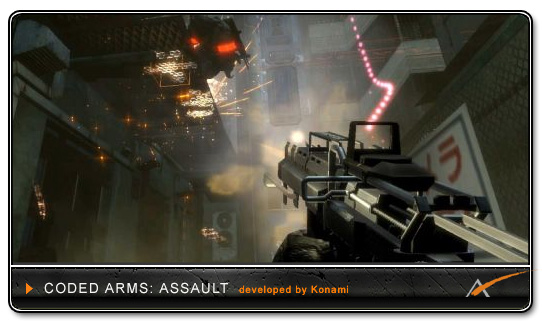 Coded Arms: Assault is a PS3 exclusive that has flown under the radar since a playable demo of the game was showcased at the 2006 Tokyo Game Show. With only a target release date planned, the demo reportedly showed a lack of polish that resulted in a turn-off for many of the fans that experienced it. After the many rumors that the sci-fi first person shooter was cancelled, a representative of developer Konami recently stated that that there were "currently no plans" to release the game for the PlayStation 3. While many took this statement to mean the game had been cancelled, a more recent buzz has emerged stating that the game is simply on hiatus. Whatever the case, Coded Arms: Assault is definitely missing in action.