Even at 2560 x 1600 the high end configurations are bumping into a frame rate limiter, any of the very high end setups are capable of running Assassin's Creed very well. 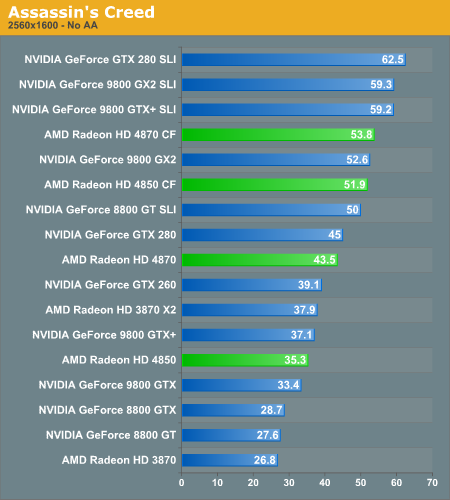 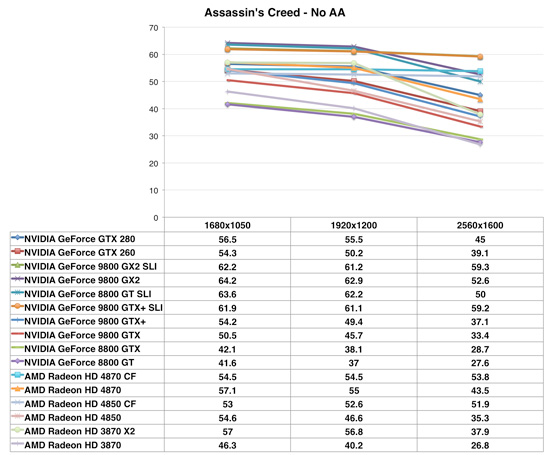 The GeForce 9800 GTX+ does very well in Oblivion and a pair of them actually give the 4870 CF a run for its money, especially given that the GTX+ is a bit cheaper. While it's not the trend, it does illustrate that GPU performance can really vary from one application to the next. The Radeon HD 4870 is still faster, overall, just not in this case where it performs equally to a GTX+. 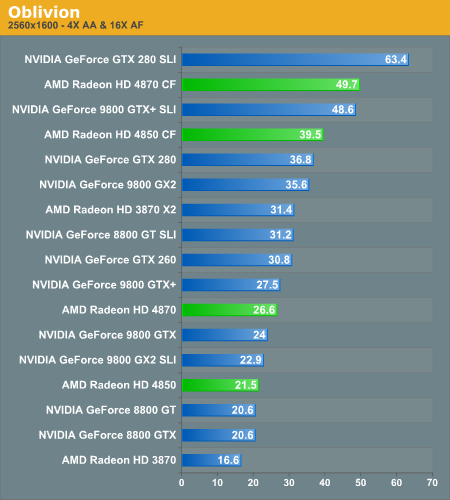 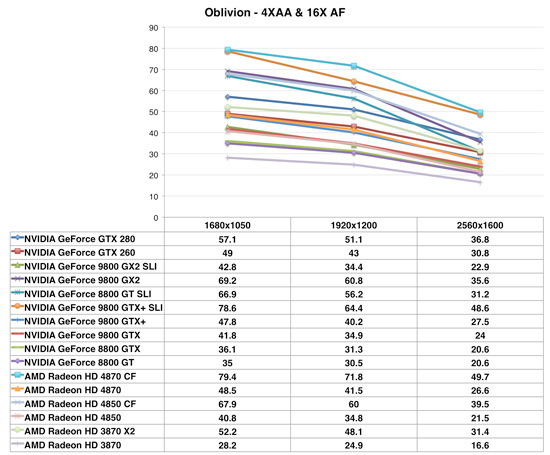 We've said it over and over again: while CrossFire doesn't scale as consistently as SLI, when it does, it has the potential to outscale SLI, and The Witcher is the perfect example of that. While the GeForce GTX 280 sees performance go up 55% from one to two cards, the Radeon HD 4870 sees a full 100% increase in performance.

It is worth noting that we are able to see these performance gains due to a late driver drop by AMD that enables CrossFire support in The Witcher. We do hope that AMD looks at enabling CrossFire in games other than those we test, but we do appreciate the quick turnaround in enabling support - at least once it was brought to their attention. 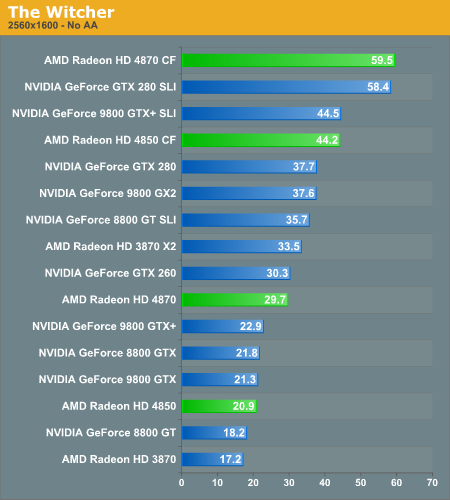 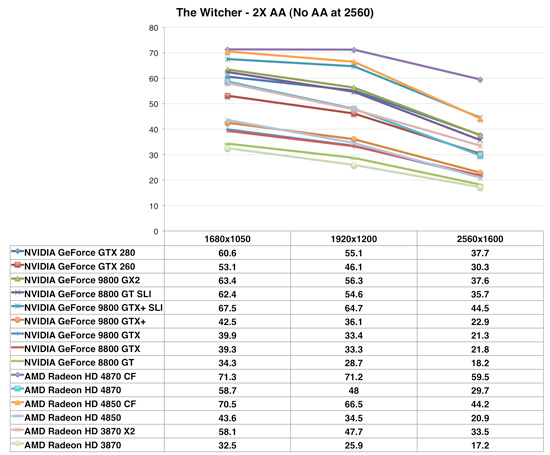 The Radeon HD 4000 series did very well in Bioshock in our single-GPU tests, but pair two of these things up and we're now setting performance records. 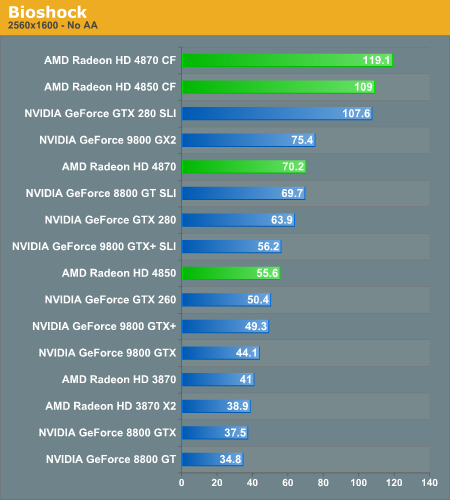 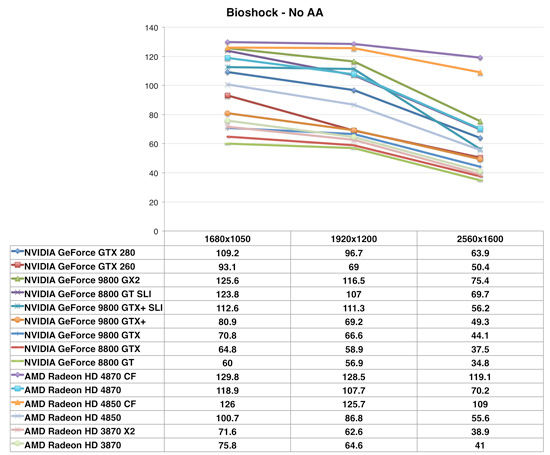