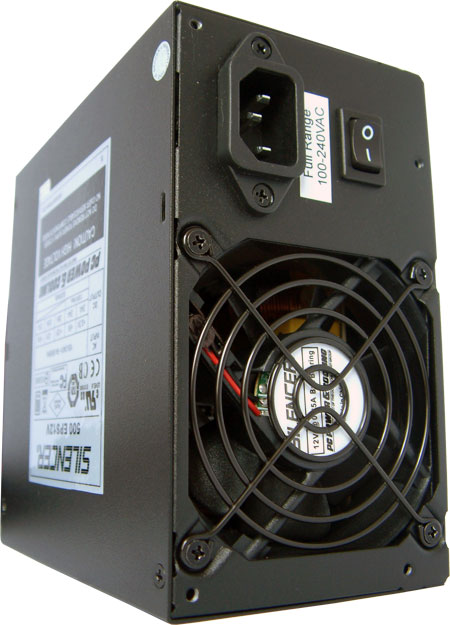 We have already reviewed several PC Power & Cooling products on AnandTech, and we even had the chance earlier this year in Las Vegas to interview their founder Doug Dodsen. Today we will be looking at their latest product, an enhancement of their Silencer series. At 500W, the new Silencer settles in the middle of the existing 420W and 610W versions. We encountered our first Silencer last year, which performed very well and even managed to snag our 2007 PSU of the Year award. We will see if the 500W version can stack up to its predecessor. 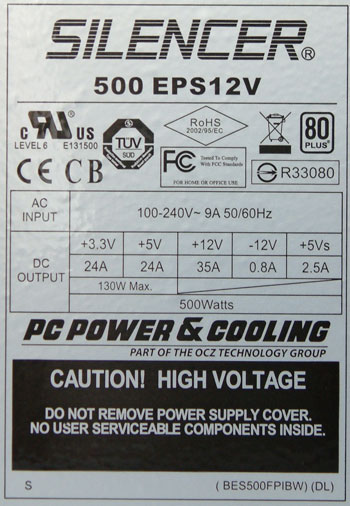 The 3.3V and 5V rails are rated somewhat lower than we're used to, but there's nothing to worry about since modern systems don't place a huge load on these rails anymore. The 12V rail is rated at 35A, which means you can pull up to 420W. The UL number shows PC Power & Cooling; this is no surprise since even though this unit is not made by PCP&C, the company has been around long enough to have their own registration with UL. New to the label is the "Part of the OCZ Technology Group" note below the PCP&C name, one of several outward changes since the acquisition last year.