AMD has been pretty active on the CPU front lately, last month we saw the Phenom re-launch with the B3-stepping 50-series quad-core processors and today AMD is unveiling its 50-series triple-core parts. 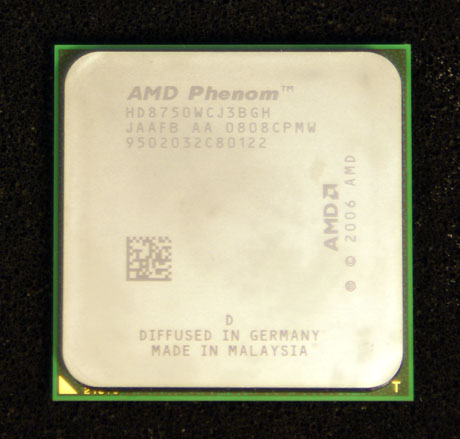 We've got the lineup below:

Note that all three of the triple-core parts are 50-series CPUs, meaning they are based on the B3 stepping and do not suffer from the TLB erratum that plagued the early Phenom processors. AMD continues to ship B2 stepping CPUs, but most of them are to OEMs that aren't as concerned with the performance hit associated with the software TLB fix. 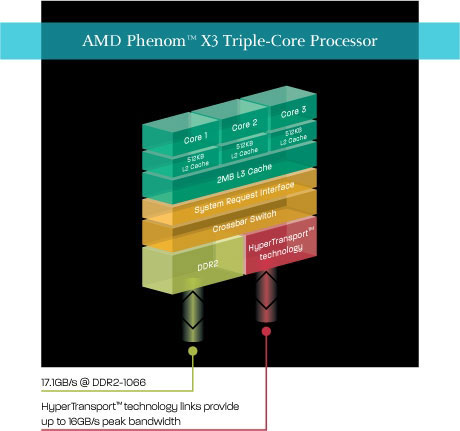 There's now some overlap between AMD's triple-core Phenom and dual-core Athlon X2 offerings in terms of price, have a look:

The Athlon X2s still hold a tremendous clock speed advantage, but Phenom can do more work per clock. It will be interesting to see if three Phenom cores at 2.1GHz are a better buy than two Athlon X2 cores at 2.8GHz.