OCZ's latest product is their EliteXStream power supply series, first introduced at CES this year. Shortly after the show, we had the chance to have a look at two production samples rated at 800W and 1000W. This new series is the first result of the OCZ and PC Power & Cooling merger following the acquisition last year. The EliteXStream series launches as the new top-end brand from OCZ, providing a high quality experience that we will see later. The target market is higher-end enthusiasts that have a need for greater connectivity and top quality. One look inside tells us what ODM is at the heart of the design, which dimmed our expectations a bit, but we ended up surprised by the performance these two power supplies delivered.

The two power supplies in this series come with similar specs, differing by just 200W of output. The difference lies in the important 12V rail which is slightly better equipped at the 1000W version. The smaller version provides 62A and the big brother ups the ante to 80A. If you have a need for the extra power, the 1000W should more than suffice; only extreme setups really require anywhere near that much power. Regardless, both power supplies come with the same number of connectors. 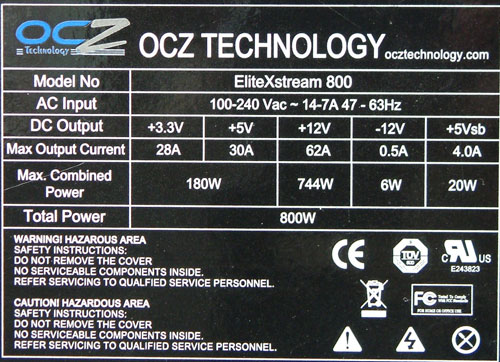 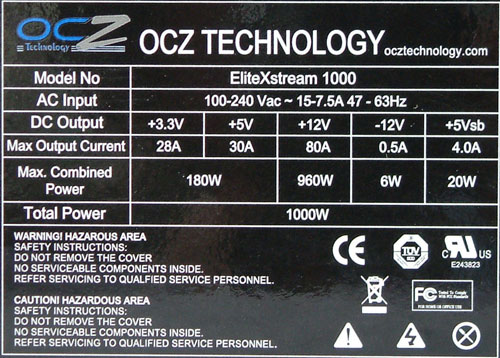