When Phenom launched it was slow, later plagued by a performance-hindering TLB bug and priced entirely out of the realm of rational thought. It's a new year and while I'd like to say that AMD has learned from all of its mistakes and will be back to a fully competitive state, that's only mostly true. There are still significant struggles within the company but at least this launch is a step in the right direction.

Ok, let's see if we can make sense of this. There are three new CPUs that you'll see at places like Newegg: the Phenom X4 9850, Phenom X4 9750 and Phenom X4 9550 running at 2.5GHz, 2.4GHz and 2.2GHz respectively. The 50 at the end of the model number means that these CPUs are based on the new B3 stepping, which includes the fix for the TLB erratum - in other words, these are the CPUs you want. The prices are also pretty reasonable, they are all finally cheaper than Intel's Core 2 Quad Q6600. 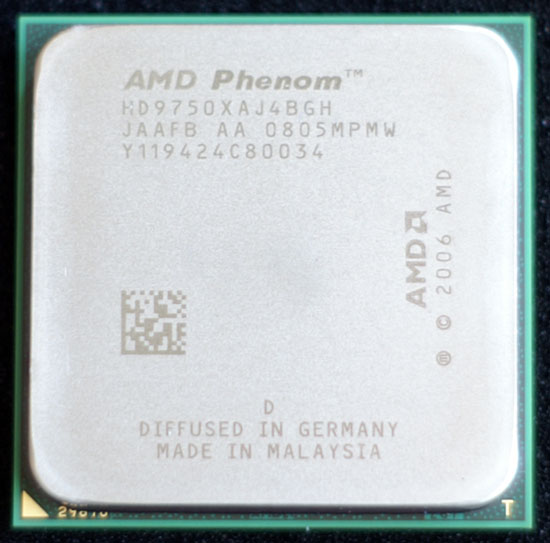 The Phenom X4 9850 is a "Black Edition" part, meaning it ships with its clock multiplier unlocked. It is also the first Phenom to run its L3 cache/North Bridge/memory controller at 2.0GHz and not 1.8GHz like the rest of the Phenom lineup. 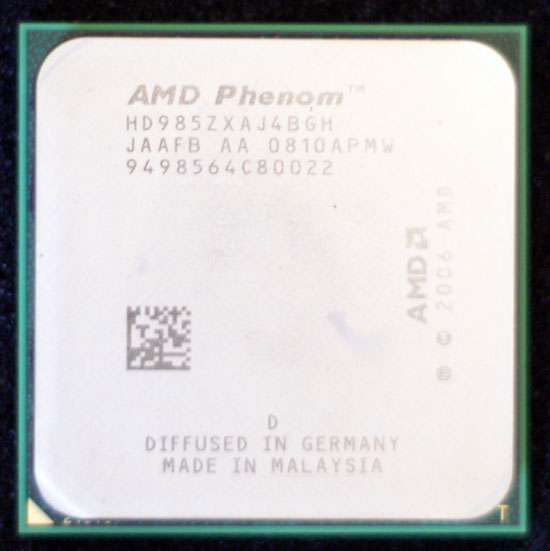 Here's where it gets complicated. AMD needed something to do with all of its B2 stepping Phenoms, so it's selling those to OEMs who don't really seem to care about the TLB bug. The CPUs with a * next to them are OEM only; although that doesn't mean that they won't appear in retail, they aren't intended for end user purchase.

The Phenom X4 9100e is AMD's first 65W TDP quad core CPU thanks to a relatively low operating frequency of 1.8GHz. Unfortunately it's plagued by the TLB bug since it's a B2 stepping core, so you have to take into account that its performance may suffer because of it. The same applies to the two new triple-core parts; the Phenom X3 8600 and 8400 are both quad core B2 stepping CPUs with one of the cores disabled. AMD doesn't have any plans to introduce a new, smaller triple-core die because the costs would be too great. Instead AMD wants to focus on getting its 45nm transition started before the end of the year.

AMD's plan is quite ingenious, keep the TLB bug CPUs out of the hands of the enthusiasts who will complain and use them to keep OEMs happy as well as use them for the first triple-core CPUs.

The OEMs don't completely get the shaft as there are two 50-series CPUs they get that we don't. First off there's a 95W TDP Phenom X4 9750 (most likely a lower yielding 9750 that just runs a bit cooler, hence the lower TDP) and next there's a Phenom X4 9650.

Within the next month or so, AMD will be releasing B3 versions of all of the remaining CPUs, so you'll see a Phenom X4 9150e, Phenom X3 8650 and Phenom X3 8400. In general, AMD told us to expect around a $50 price difference at the same clock speed between triple and quad core. Given that most applications still don't benefit tremendously from four cores, tri-core may be a nice way for AMD to compete with Intel's higher performing dual core options. As soon as there are B3 Phenom X3s available for review, we'll let you know how they stack up.