Despite lacking an official launch, Intel gave motherboard vendors the green light to display motherboards based on its upcoming 4-series chipsets due out in Q2 of this year.

Both the G45 and G43 support HDMI/DVI/Display Port and have dual channel memory controllers, but the G43 only allows 1 DIMM per channel vs. 2 on the G45.

The big feature is that all of these new chipsets are built on Intel's 65nm process for the MCH vs. 90nm for the older 3-series generation. The smaller manufacturing process should mean that they draw much less power. 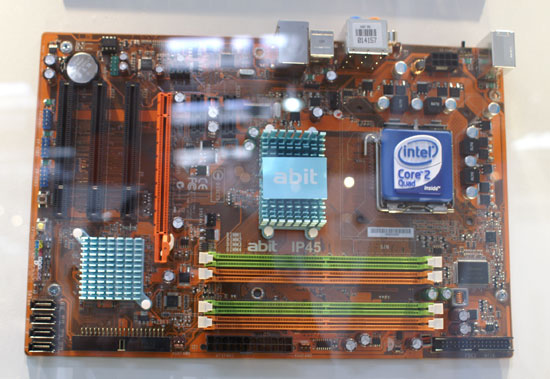 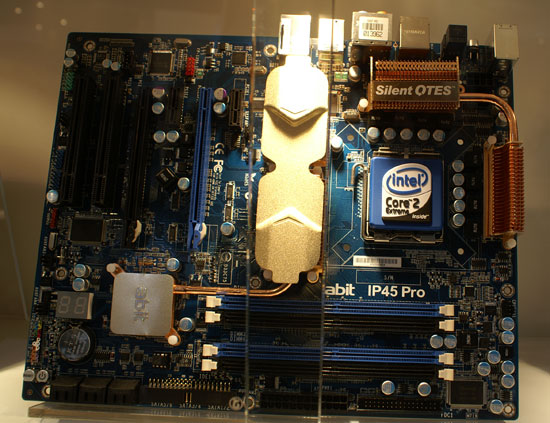 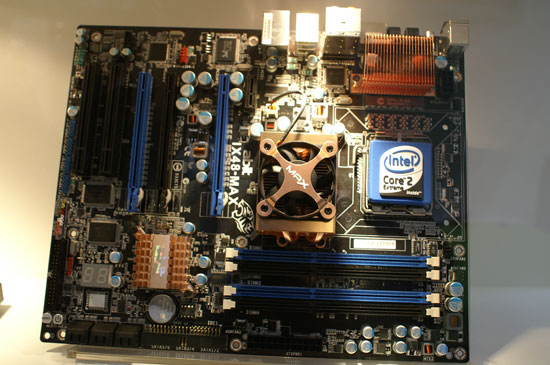 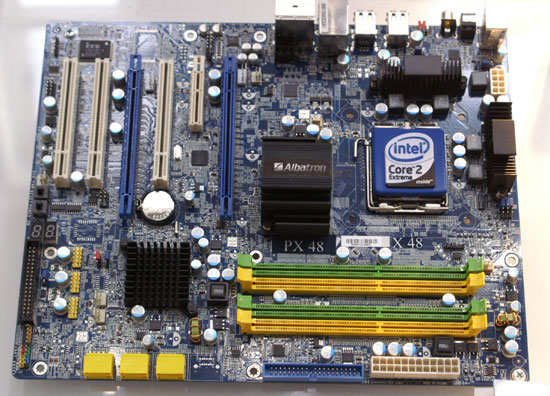 Albatron's PX48 motherboard based on the Intel X48 chipset 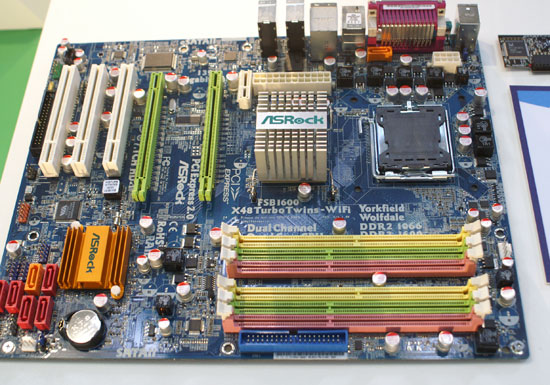 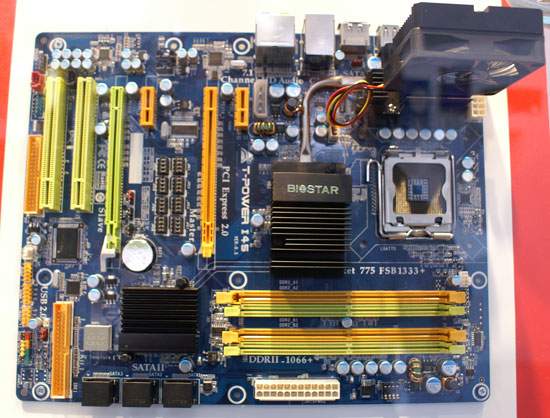 Biostar's T-Power I45 based on the P45 chipset; note the jumpers used to switch between a single PCIe x16 slot and two x8s, all Gen2 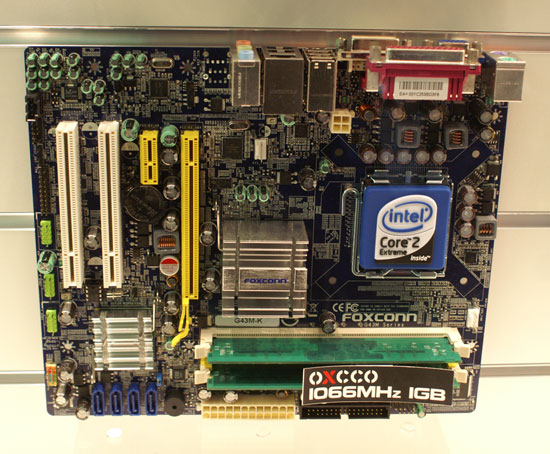 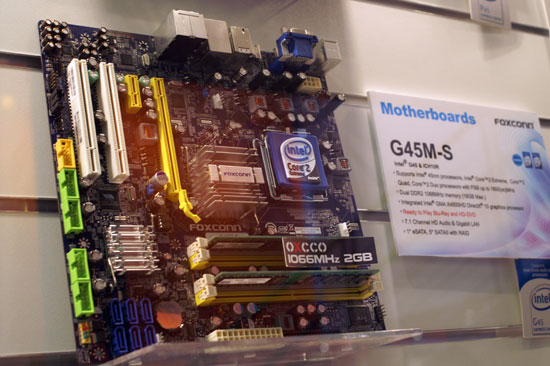 And G45 from Foxconn 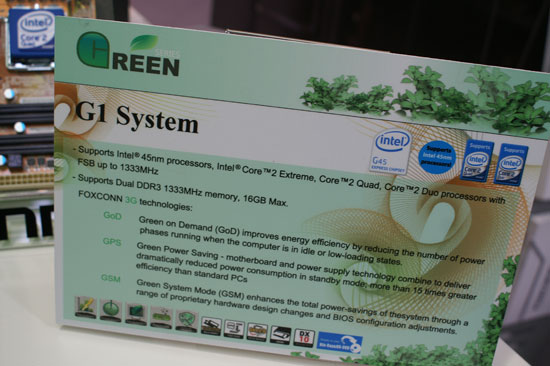 Foxconn's motherboards are "Green" in that they include power saving techniques such as reducing the number of phases used in their power delivery system during idle periods. 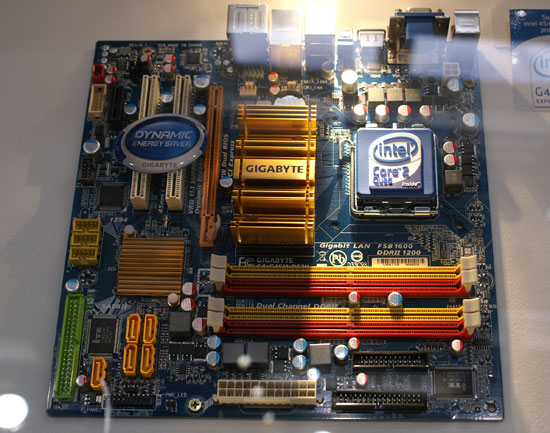 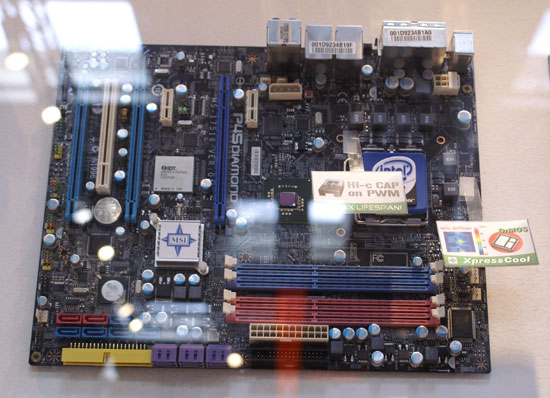 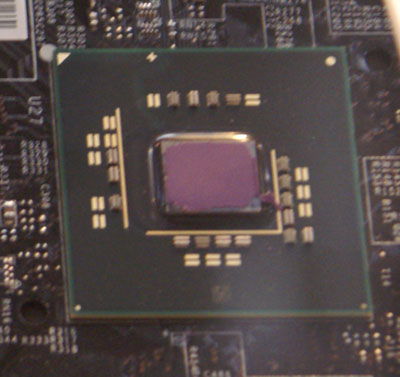 A closer look at the P45 MCH

We've only shown off a handful of 4-series motherboards here, but their presence at CeBIT was nothing short of impressive. It reminds us of the old days of chipset launches. Intel is definitely looking to migrate quickly to the new 4-series.