Samsung is the sole supplier for both the solid state and mechanical hard drives in the MacBook Air. The mechanical drive is a Spinpoint N2 HS082HB/A while the SSD is the MCCOE64GEMPP.

DVNation offers the Samsung SSD for sale on its website and was kind enough to send us a drive so we could swap it into our MacBook Air. The drive swap process is pretty simple, first you have to remove the 10 screws that secure the base of the Air: 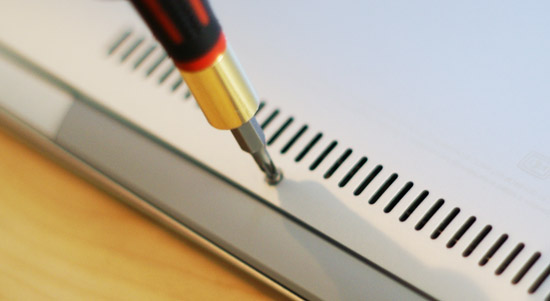 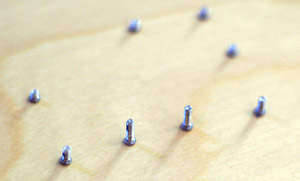 You'll want to keep track of where you pulled the screws out of, they are varying sizes

After removing the bottom panel you need to remove the battery: 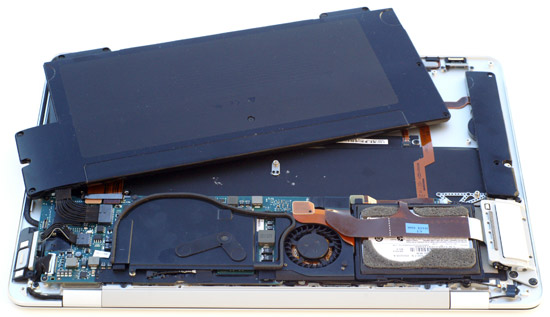 9 screws hold the battery in place - Click to Enlarge

With the battery removed you need to then remove the speaker, which is housed in the long black bar next to the battery: 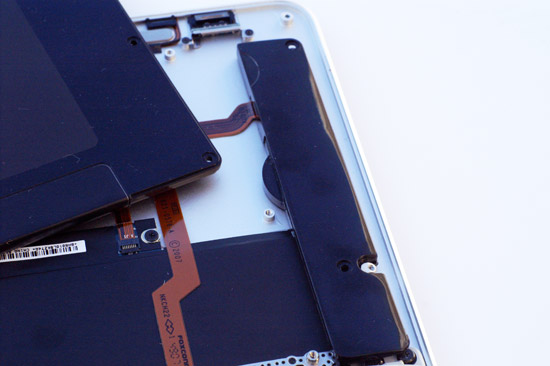 After the speaker is out you need to unscrew the flip-down ports on the Air (you should also disconnect the ribbon cable attached to the ports from the motherboard to make things easier): 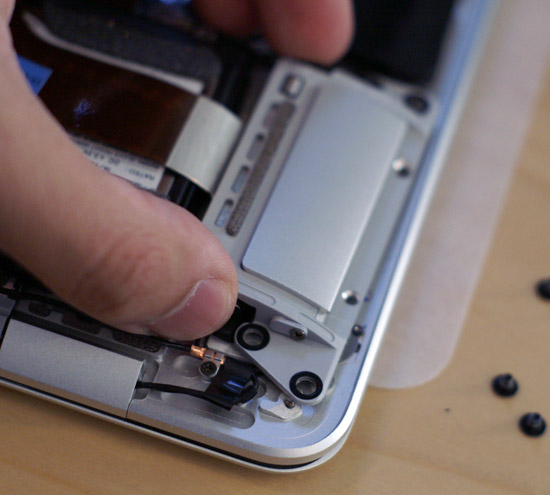 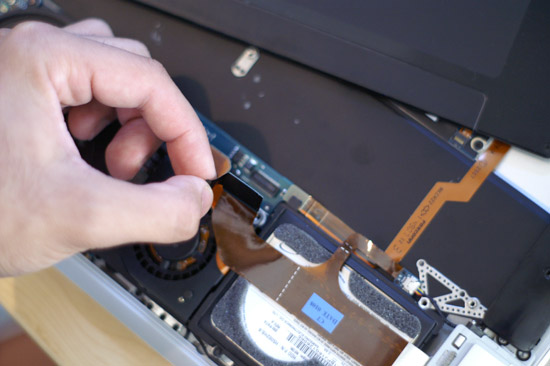 Disconnect this cable from the motherboard 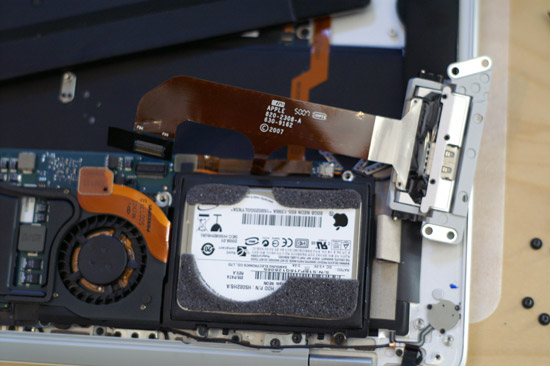 Then flip the ports out of the way

Now we can get to removing the hard drive itself. The hard drive is put inside a rubber frame and inserted into a plastic bracket, the bracket is then screwed into the Air's chassis. The bracket is held in by four screws, one of which is hidden by a removable cable guide: 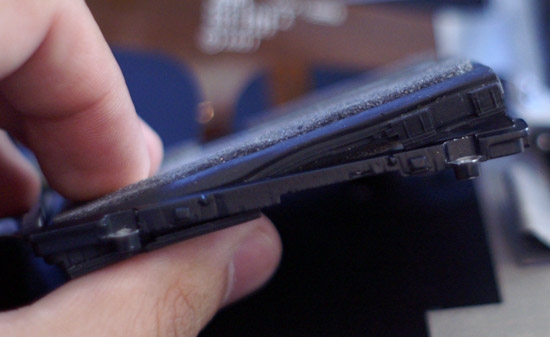 Unscrew all four screws, disconnect the hard drive from the motherboard and you should be able to tilt the bracket out and away from the Air enough that you can just pop the drive out. 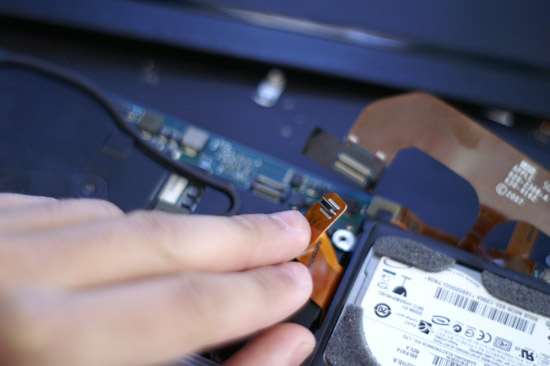 Unplug the HDD from the motherboard, just pull straight up on the connector to free it. 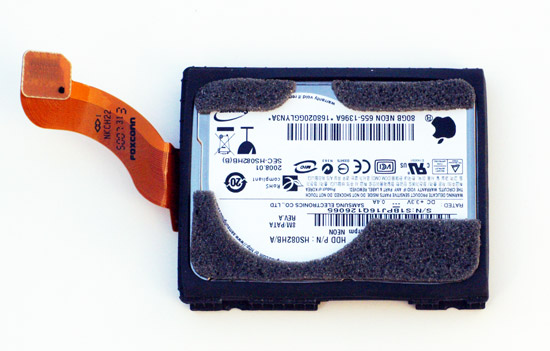 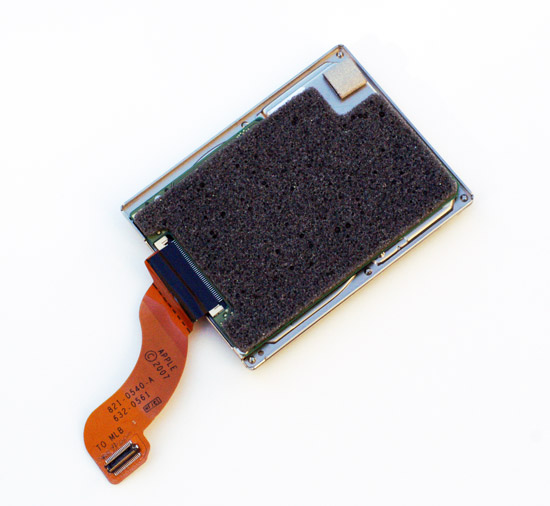 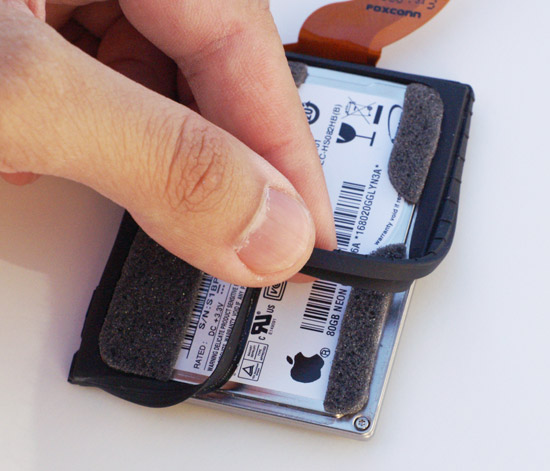 With the drive removed take off the rubber frame and stick it on your new drive. 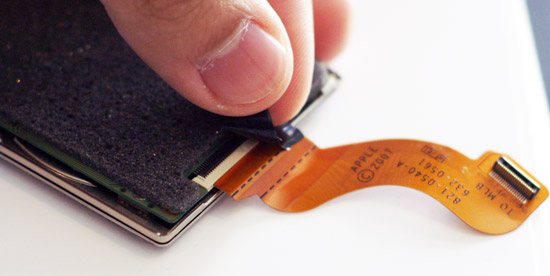 There's a piece of black tape that helps hold the ZIF connector in place, peel it off; you'll probably need a replacement piece of tape as the one that ships with the Air is only good the first time, once you've removed it much of the adhesive is already gone. 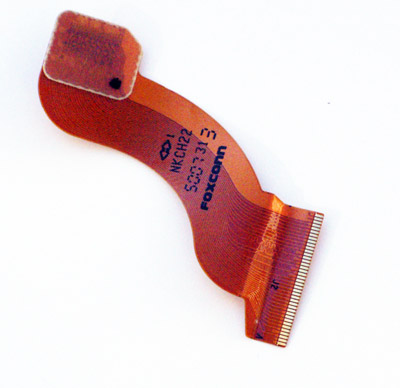