What about raw performance? MobileMark 2007 does measure performance during the course of running the Productivity 2007 suite: 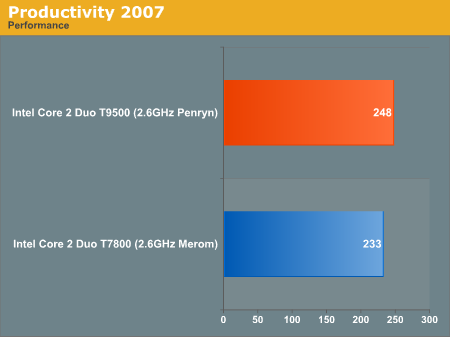 With a 6.4% increase in performance, the mobile Penryn saw a 16% increase in battery life. Remember that when you’re talking about running on battery power, being able to complete tasks faster can mean better overall battery life. The quicker a system can finish its work and move down to an idle state, the better.

Looking at our usual metrics, the Penryn based Core 2 Duo T9500 is still marginally faster than its Merom based predecessor across the board. SYSMark 2007 shows an overall increase of around 4.5%, with individual benchmarks showing an improvement in the 1 - 8% range. 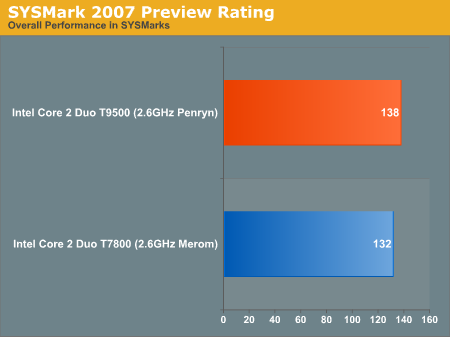 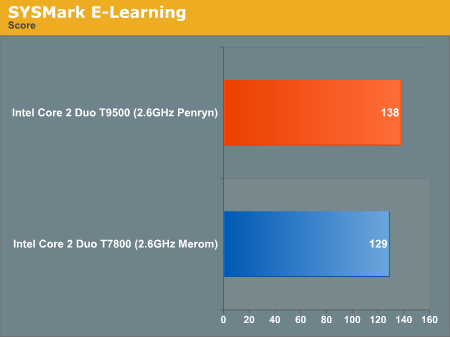 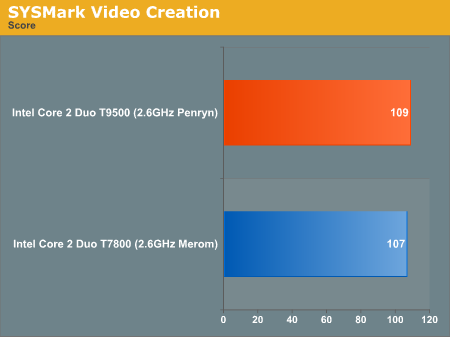 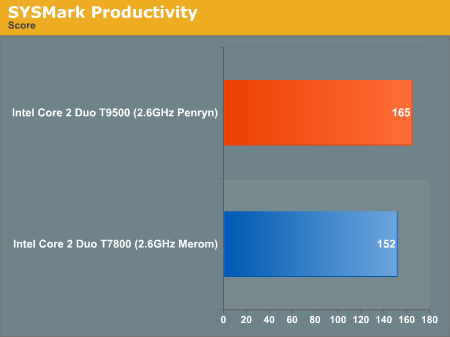 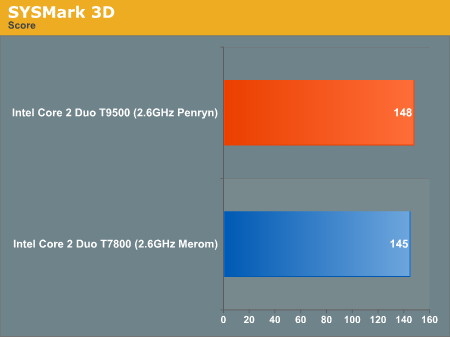 Media encoding performance is slightly better on the T9500, with our DivX and x264 tests completing 4.7% and 2.8% faster, respectively. Again, we don’t see an earth shattering improvement, but when you keep in mind that we can even talk about a performance improvement in the same breath as an improvement in battery life, we can’t really complain. 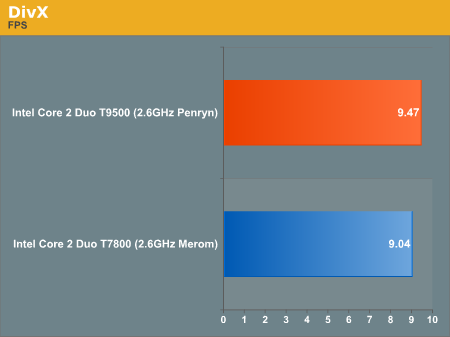 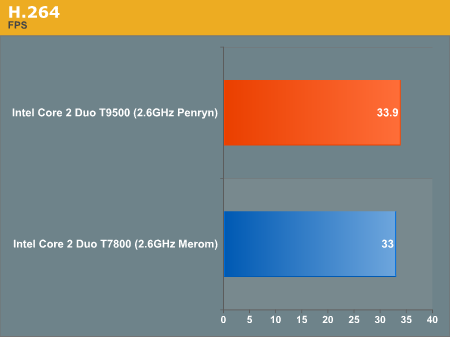 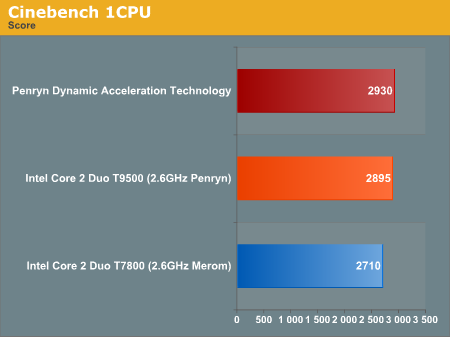 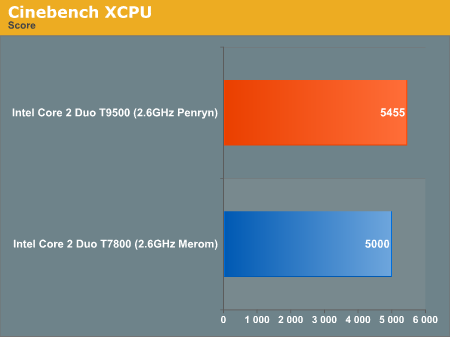 The single core tests show Penryn with a 6.8% performance advantage, while the multi-threaded benchmark grows that to 9.1%. Since Penryn has a 50% larger L2 cache, sharing data between the cores becomes a little easier and thus we see a small boost in the multi-threaded scaling factor.

Gaming benchmarks were out of the question given that our D630s shipped with Intel integrated graphics, but even armed with discrete graphics we’d expect Penryn to just slightly edge out Merom.

When Penryn was announced Intel promised a feature that sounded kind of interesting. The idea was that when running single threaded applications, a mobile Penryn would use the extra thermal headroom created by having a completely idle second core and increase the clock speed of the working core.

The performance boost would amount to nothing more than a single speedgrade (2.8GHz on our 2.6GHz chip), but the impact would be that you wouldn’t sacrifice any single threaded performance even on a multi-core CPU. One of the tradeoffs of building a dual-core CPU over a single-core is that you can’t generally hit clock frequencies that are as high, this technology gets around that.

We were skeptical about how the technology would work when we first heard about it. OSes like Windows Vista bounce threads from one core to the next, so a single core is never allowed to be completely idle for too long. Regardless, we wanted to try Intel’s “Dynamic Acceleration Technology” to see if: 1) we could get it to work and 2) if it made a difference. 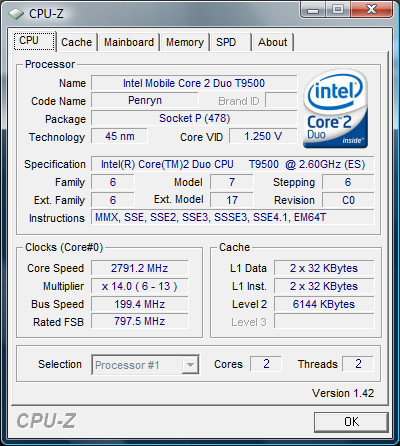 Even when enabled however, the impact was far less dramatic than you’d think. The working core will only increase its operating frequency as long as it has the thermal headroom to do so, which at times may only be for a matter of a second or two. When running the single-threaded Cinebench test our T9500 would increase its clock speed to 2.8GHz but only for very short periods of time. The result was a 2.6GHz CPU that every now and then ran at 2.8GHz, and the increase in performance reflected this.