Not too long ago, a Xbox 360 owner posted about receiving a new console from Amazon.com with a pair of revised heatsinks on the CPU and GPU. The CPU heatsink in particular no long featured a heatpipe, something that had been present since the launch of the console, indicating that possibly the triple-core CPU had been manufactured on a cooler running 65nm process. The GPU heatsink remained unchanged from the first cooling update to the 360. Rough power numbers were eventually posted, showing a definite decrease in power consumption.

Insider sources referred to this new Xbox 360 by the codename Falcon, replacing the Zephyr Xbox 360 that launched with the Elite edition systems.

Eventually, thanks to the hard work of many Xbox forum members, a general system for determining whether a console used the new 65nm CPU was created. Thankfully, most of the indicators can be found on the outside of the Xbox 360 box without even opening it.

The first thing to look for is the Lot number, which is printed on a label on the side of the box. The first reported Falcon Xbox 360 was a Halo 3 Special Edition console, and for those consoles you needed to have a Lot number of 734 or greater (and a build date later than 8/24/07). 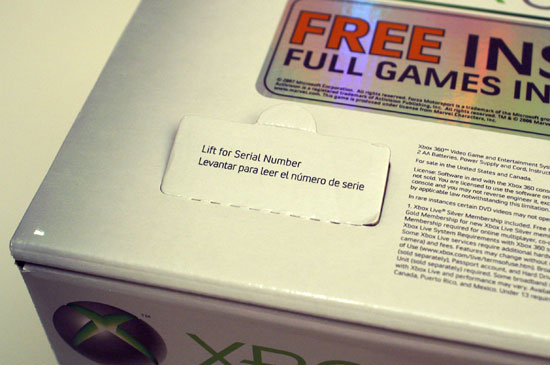 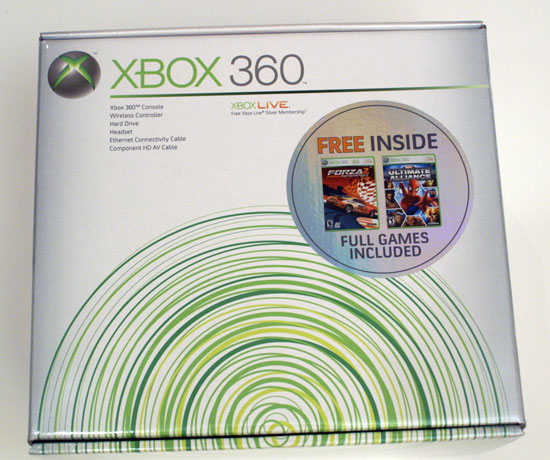 The new Xbox 360 Premium consoles (the consoles with free copies of Forza 2 and Marvel Ultimate Alliance in the box) eventually started shipping with Falcon hardware, but these things needed to be in Lot 738 or greater. There are mixed results with lower lot numbers, but the newer the console, the greater your chances of getting a Falcon. 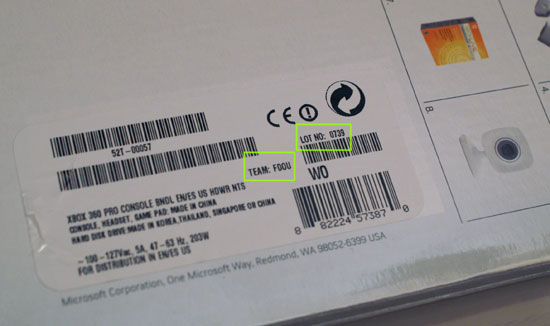 The next thing you'll want to confirm is the team, also located on the same sticker as the lot number. Team FDOU appears to be the most popularly associated with Falcons, at least in North America.

Once you get the Xbox 360 out of the packaging, there are two more tests to figure out whether or not you've got a falcon - both of which can be done without opening the Xbox itself. All you'll need here is a flashlight.

Stand the Xbox 360 on its side (hard drive side down) and shine the flashlight in through the holes in the grey plastic. What you're looking for is the side of the CPU heatsink. The older, non-falcon, Xbox 360s had a heatpipe running through the CPU's heatsink - if you see a copper heatpipe then you've got an older console. If, however, you see no copper heatpipe then you've got one with the new CPU heatsink, potentially a falcon. 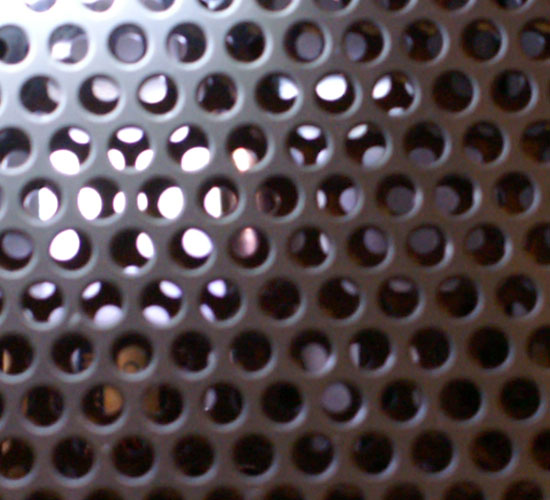 Click to See Full Image
- See the reflection of the copper heatpipe? This is an older Xbox 360 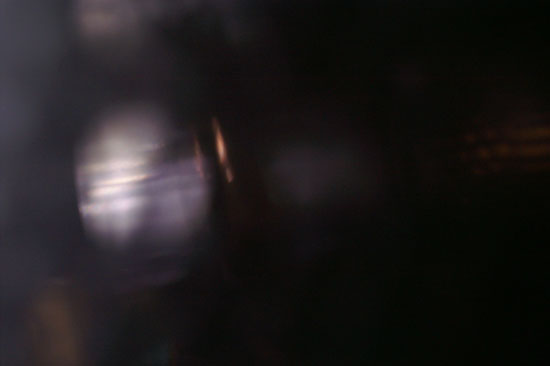 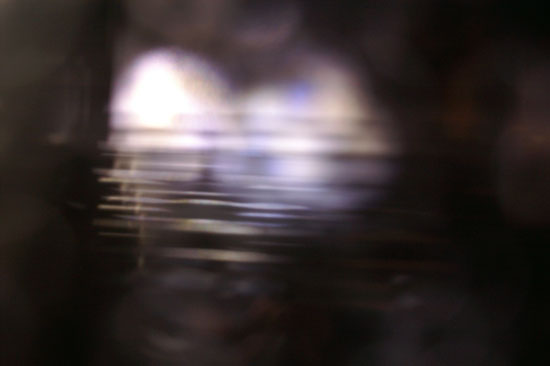 A new Xbox 360, what you're staring at is the CPU heatsink - note the lack of any copper heatpipe - 65nm here we come! 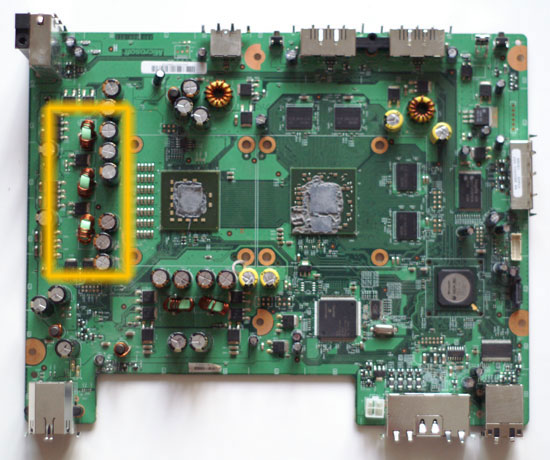 This is an original Xbox 360 motherboard, those three green inductors on the left are visible from the outside if you've got a good flash light and a keen eye 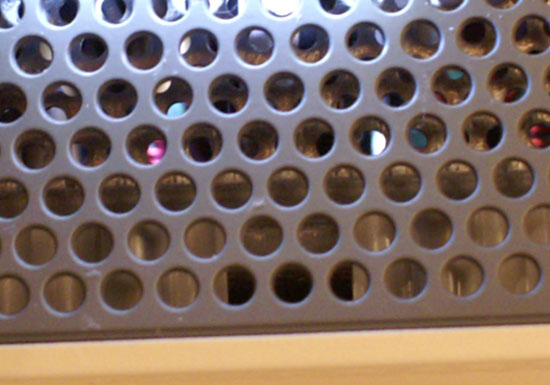 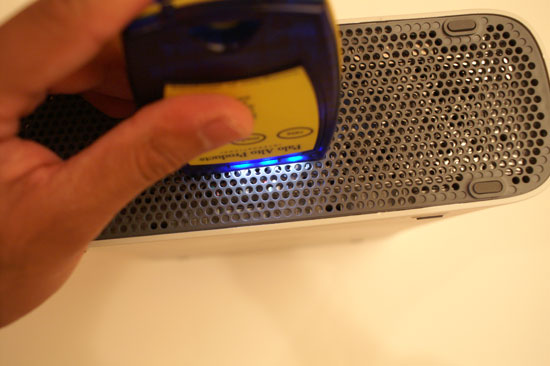 Click to see Full Image - Here's the location of the third inductor on a 90nm Xbox 360 console, the front of the console is on the left 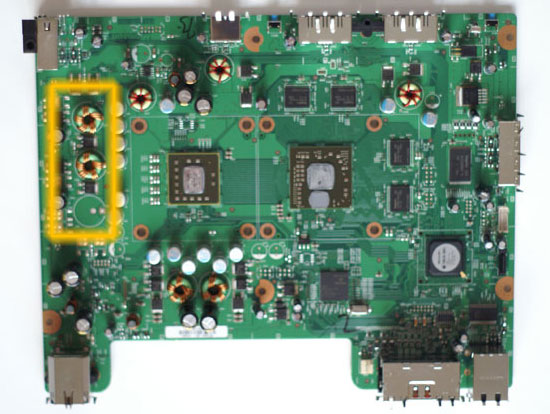 A Falcon motherboard only has two inductors on the left