The iPhone's interface is its biggest selling point. For years you've had to force yourself to conform to your cell phone's UI, the iPhone is the first phone I've used that works the way you'd expect it to. The elegance and simplicity of the interface just makes sense, and I would expect elements of it to find their way into Macs of the future.

The iPhone is in no way perfect, it's lacking in a number of areas and has wonderfully paved the way for years of subsequent iPhone releases to come. Battery life is ok but far from usable without a recharge under heavy use; Blackberry users that are accustomed to being able to beat the hell out of their phones for a full day only to charge it the next may be in for a disappointment with the iPhone.

Email is handled wonderfully on the iPhone, but the device is very clearly aimed at filling the gap in access between when you're at your desk and when you can power on your notebook. It doesn't have the battery life to handle days of tons of email, so the iPhone isn't going to be infiltrating large corporations anytime soon.

You can't make videos on the phone, you can't copy/paste, there's no IM client, you can't replace the battery on your own, you can't add applications to it, there's no Flash/Java support, it's heavy and the list goes on. But here's the catch: there isn't a phone out today (smart or not) that doesn't have at least as long of a list of issues.

My initial reaction to the iPhone announcement in January was this:

"It's in the UI that Apple's iPhone is the most revolutionary, at least upon first glance. Those users who have pointed out that there's nothing truly new about the iPhone are right; fundamentally most of the features of Apple's iPhone can be found in other phones, but it's in how those features are implemented that sets the iPhone apart from its competition.

At first glance the iPhone doesn't look all that impressive, but in the usage videos at Apple's site and during the Jobs keynote you really get insight into the strengths of the UI. Its speed, simplicity and organization of things like text messages and voicemails just makes sense, to the point where we wondered why it hadn't been done before."

Six months later, having the device in hand, I can say that my first impressions were correct. The iPhone makes no advancements in what you can do, but it really perfects how you do them. The distinction is important because for years cell phone manufacturers have simply been tacking on more functionality to their devices, resulting in a significant loss in ease of use. It's the same feature clutter that plagues many software applications as they get older. Apple took some of the most important aspects of today's smartphones and did its best to perfect them, and for the most part with success.

There are many complaints that you can levy on the iPhone, it's too slow, expensive, it can't do X Y or Z, but the praise you can sing is arguably more powerful. The iPhone perfected text messaging, it made mobile web browsing usable, it integrated the smartphone and the iPod, it brought forth an interface that just makes sense. There are no convoluted layers of menus, no poorly made graphics with sluggish interaction; the iPhone works like a computer, but in the palm of your hand.

The excitement around the Ultra Mobile PC (UMPC) died down because no one's hardware/software implementation was really done properly. Well folks, the iPhone is a couple generations away from being a true UMPC, it just needs some faster hardware and more storage space. There's no doubt in my mind that Intel's ultra low power x86 projects are being eyed by Apple for use in future iPhones, it's only a matter of time before we have the power of the first Centrino notebooks in our pockets. 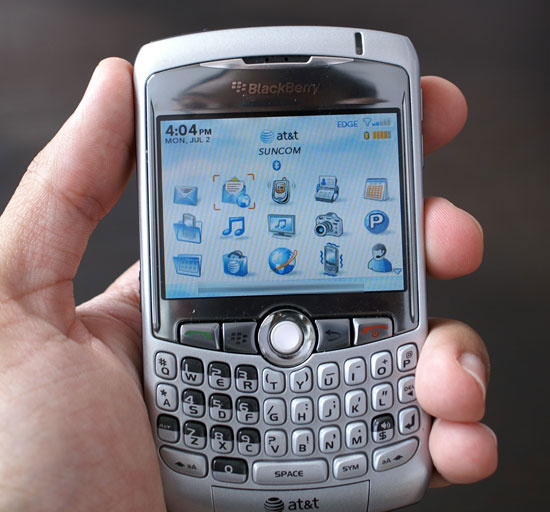 The Blackberry UI versus...

Everyone has asked me if it's worth it, if they should buy an iPhone, and honestly it's a difficult question to answer. It is expensive and it isn't perfect, but going back and forth between it and the Samsung Blackjack or the Blackberry Curve just highlights how much of an improvement in usability it is over the competition. You know it's going to be updated with faster hardware and better wireless, you know that you can technically do anything the iPhone does already for much less money, but that being said I'd still recommend it. 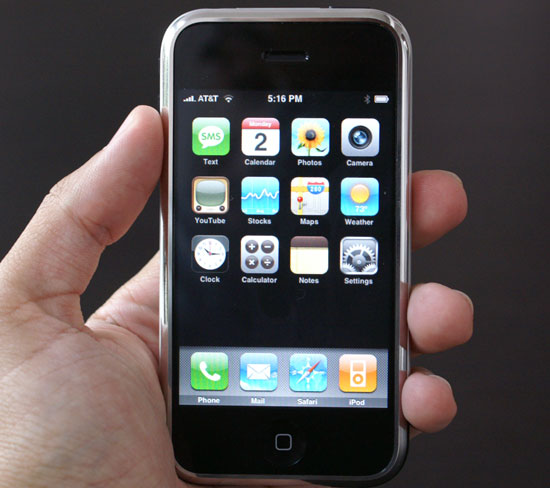 The iPhone just does it all so well; it's much like the argument for OS X vs. Windows, they can both do the same stuff, OS X's approach is simply preferred by some. I expect that the iPhone's UI is a bit easier to attract converts than OS X, but the point remains the same: it's not what you can do, it's how you do it.

Quite possibly the best thing about the iPhone is that it doesn't matter if you buy one or not, it's impact on the phone industry will be tremendous regardless. Competition is a very good thing and in a market that seems dominated by players uninterested in improving user experience, I'm thankful Apple lit the fire that it has. The iPod brought about a revolution in MP3 players, and I expect the iPhone will do the same for the smartphone market. It will take a while but eventually we will get real competition for this thing, which is a good thing for everyone.

For years I'd wanted a device that could let me be more productive, and RIM finally gave that to me with the Blackberry. Since then I've been looking for a device whose interface would truly impress me, and that's what Apple has done with the iPhone. We may not have flying cars, but the iPhone is what I, as a kid, imagined we'd have by now.