We cannot disclose performance results yet for the Bearlake motherboards nor give general indications on how it compares to the P965 but all will be revealed on May 21st. Let's just say we were surprised with our test results over the last few weeks. (You'll have to wait to find out if we were surprised in a good or a bad way.) In the meantime we have three boards from ASUS, Gigabyte, and MSI to show you today with more coming shortly. 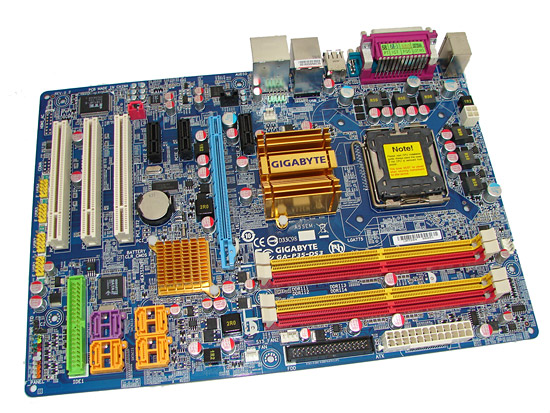 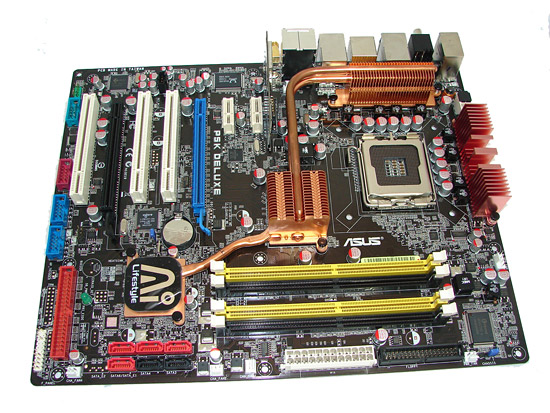 The ASUS P5K Deluxe is based on the P35 and ICH9R chipsets. The board features two x16 PCI Express slots (x16 electrical and x4 electrical for CrossFire), two x1 PCI Express slots, and three PCI 2.2 slots. The ICH9R Southbridge features six Serial ATA 3Gb/s ports with RAID 0, 1, 5, and 10 support. ASUS also supplies the JMicron JMB363 SATA controller that provides two e-SATA ports and the single IDE connector. The board is equipped with an ADI 1988B 8-channel HD audio codec and features dual Gigabit LAN. The ASUS WiFi-AP Solo IEEE 802.11g wireless card is included as is IEEE 1394a support from the Agere FW322 chipset. 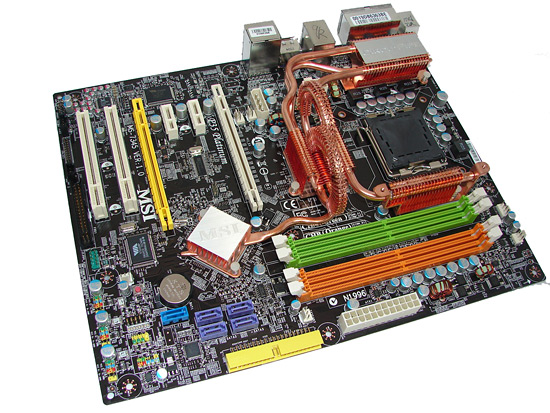 The MSI P35 Platinum is also based on the P35 and ICH9R chipsets. The board features two x16 PCI Express slots (x16 electrical and x4 electrical for CrossFire), two x1 PCI Express slots, and two PCI 2.2 slots. The ICH9R Southbridge features six Serial ATA 3Gb/s ports with MSI utilizing two for e-SATA duties. MSI utilizes the Marvell 88SE6111 chipset that provides a single 3Gb/s SATA and IDE ATA133 port on the board. The board is equipped with the new Realtek ALC888T 8-channel HD audio codec that features support for VoIP. The board features a single Gigabit LAN port and IEEE 1394a support from the VIA VT6308 chipset.

We have several uATX boards featuring the AM2 processor series that we will present in our upcoming roundup that can only be described at this time as an editor killing review. The products we will briefly cover today are just a few examples of the boards that will be included. While most of our boards are based on the AMD 690G and NVIDIA 6150 technology we do have a couple of AMD/ATI RS485 boards along with a VIA K8M890 based board. We will also include results from the new NVIDIA 7050 chipset. 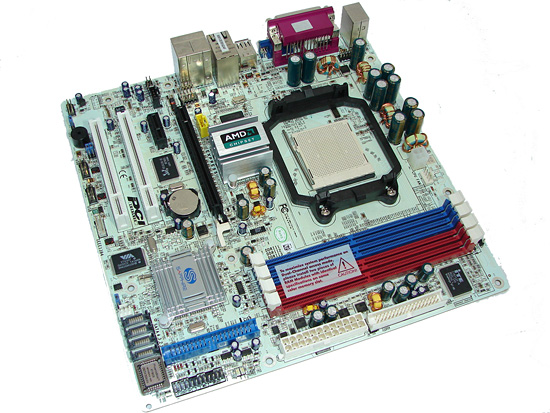 The Sapphire PI-AM2RS690MHD board is based on the AMD690G chipset that offers very good onboard video performance via the ATI X1250 with the ability to upgrade to the latest graphics card technology via the x16 PCI Express slot. The board supports 8GB of DDR2 memory, single x1 PCI Express slot, two PCI 2.2 slots, HD audio via the Realtek ALC882D, and IEEE 1394a from the VIA VT6306 chipset. The board also features HDMI, VGA, and DVI output along with four 3Gb/s SATA ports and a single IDE connector via the tried and true SB600 Southbridge. With the latest BIOS we are now over 300HTT in our overclocking tests along with the board performing superbly overall. 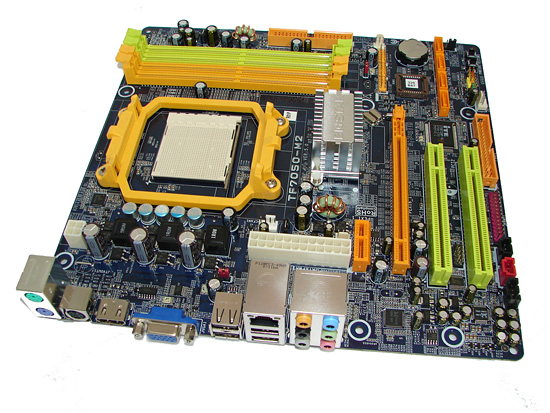 The Biostar TF7050-M2 board is based upon the new NVIDIA GeForce 7050PV and nForce 630A chipsets that offer very good system performance in a uATX form factor. The board has one x16 PCI Express slot, one x1 PCI Express slot, and two PCI slots. The board supports 4GB of DDR2 memory, HD audio via the Realtek ALC888, Gigabit LAN via the Realtek RTL-8111B Fast Ethernet, and four Serial ATA 3Gb/s ports along with a single ATA133 IDE connector. The board also features VGA and HDMI outputs. Additional details about this chipset will be available on May 15th.