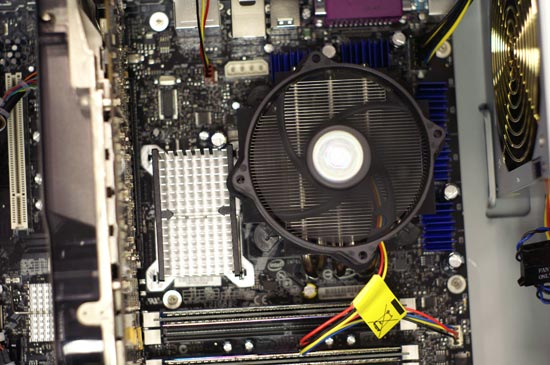 The modified BadAxe 2 board; can you spot the mod? 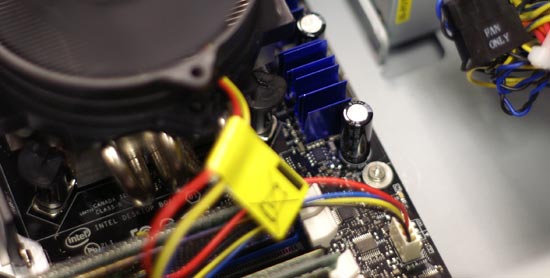 Can't find it? It's under that blue heatsink

The processors were plugged into a modified Intel BadAxe2 motherboard, with the modification being necessary to support Penryn. Each system had 2GB of DDR2-800 memory and a GeForce 8800 GTX. All of our tests were run under Windows XP. 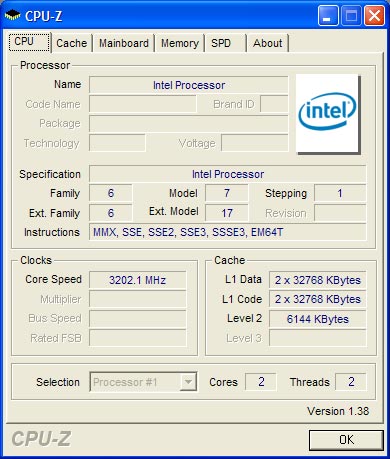 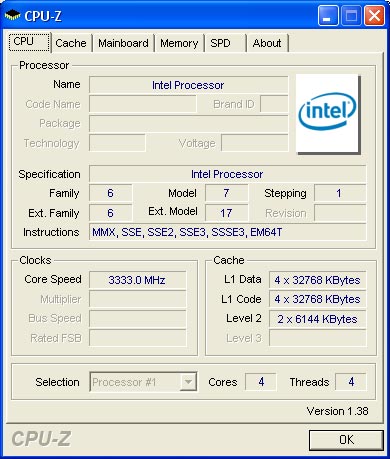 The Cinebench 9.5 test is the same one we run in our normal CPU reviews, with the dual core Penryn (Wolfdale) scoring about 20% faster than the dual core Conroe. Keep in mind that the Wolfdale core is running at a 9.2% higher clock speed, but even if Cinebench scaled perfectly with clock speed there's still at least a 10% increase in performance due to the micro-architectural improvements found in Penryn.

Next up was Intel's Half Life 2 Lost Coast benchmark which was run with the following settings:

Half Life 2 performance at a very CPU bound 1024 x 768 has Wolfdale just under 19% faster than Conroe. Once again, clock speed does play a part here but we'd expect at least a 10% increase in performance just due to the advancements in Penryn.