Now we get to the interesting stuff, beneath one of the globs of thermal grease is an NVIDIA GPU: 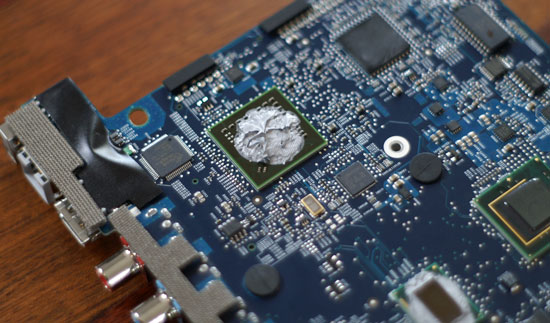 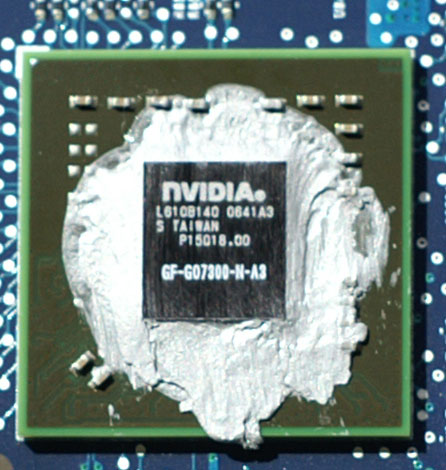 The Go 7300 has 4 pixel pipes and 3 vertex pipes and a 64-bit memory interface. On the bottom of the motherboard you'll see the two 32MB Samsung 700MHz GDDR3 devices for a total of 64MB of dedicated graphics memory. The Go 7300 does support Turbo Cache so it can get speedy access to main memory, but given that the Apple TV will be required to deal with fancy graphics and transitions at resolutions as great as 720p or 1080i it makes sense to have a good amount of local memory. As thoughtfully pointed out by AnandTech reader Eug, the Go 7300 may also be used to help accelerate H.264 video decode. 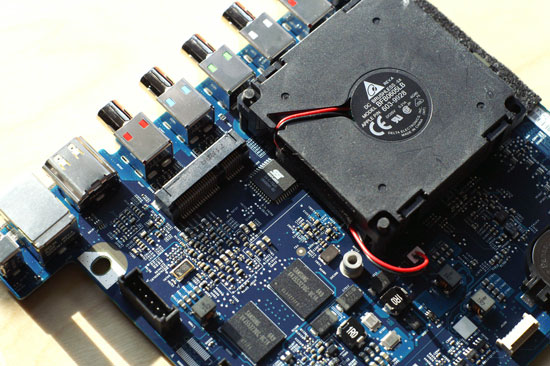 We were actually surprised by Apple's decision to go with a dedicated GPU in the Apple TV, especially considering that the Intel chipset included has its own graphics core.

Next to the NVIDIA GPU is a Silicon Image TMDS transmitter that handles the HDMI output: