by Derek Wilson and Gary Key on February 28, 2007 2:30 PM EST
14 Comments | Add A Comment
14 Comments + Add A
Comment
It has been awhile since we have had the opportunity to review an AMD chipset. The last chipset produced by AMD was the 8000 series that was born out of necessity for the launch of the Opteron series of processors back in 2002. Before that, AMD had produced some unique chipsets for the Athlon and Duron processors series that included the AMD-750 that was quickly updated to the AMD-760 after a rough launch. Our favorite AMD chipset was the AMD-760 MPX that provided an affordable multi-processor platform when paired with the Athlon MP processors. In fact, we still have an MSI based 760 MPX system running in the labs today as a media back-up server.

Today is the official launch date of AMD's first integrated graphics platform, the AMD 690G/690V chipset. While this chipset design was under development well before the ATI acquisition, the final specifications and platform design were a joint effort between the two companies. We expected this platform to be released late last year and the delays have been somewhat frustrating for all parties concerned. However, this new product launch will be the first of many for AMD over the coming months as we will see a new DX10 graphics architecture and a major overhaul to the processor lineup. In the meantime, we will concentrate our focus on this new but very familiar player in the integrated graphics market. 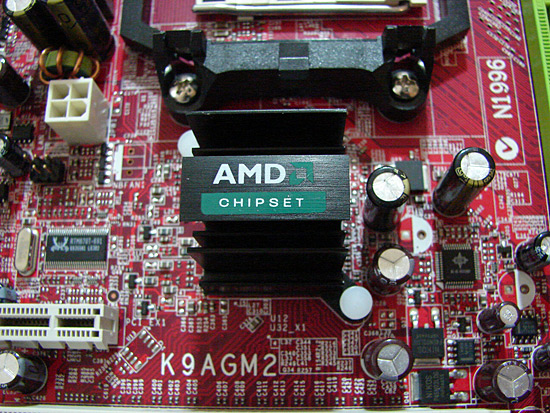 The legacy of integrated graphics is one of minimum functionality. With Intel as the number one graphics provider in the world, this can pose a problem for application developers looking to take advantage of the widest user base possible. Designing for the lowest common denominator can be a frustrating task when the minimum feature set and performance is so incredibly low. The latest market numbers indicate that 9 out of every 10 systems sold in the US have integrated graphics so the importance of a well performing IGP cannot be understated.

While the introduction of Vista has helped push companies to raise the feature set bar more than usual, we would love to see even more aggressive feature and performance requirements for graphics hardware in the future. In the meantime, application developers will be able to rely on DX9 functionality, but in spite of Intel's minimal support in this area, performance and compatibility with games is dismal. It seems likely that the majority of these integrated graphics users will not be able to experience PC gaming on any real level.

That's why we are always grateful to see the major players in the graphics market releasing new integrated chipsets. Intel needs some competition in the very low cost graphics segment to help inspire innovation. In addition, integrated graphics from AMD and NVIDIA will have a much higher degree of compatibility and better performance with applications and games. Higher adoption rates of better quality integrated chipsets helps increase the minimum level for which programmers can develop. This improves everyone's graphical experience and is absolutely a good thing.

Unfortunately, we are always left wanting more with integrated hardware. Motherboard OEMs will fight for every cent that goes into their design, and AMD and NVIDIA still need to make a profit on their chipsets. The engineers' dilemma is always balance between cost and benefit, and this is one of those areas where cost is king. We simply have to take what we can get in spite of how much we may beg for more. Let's take a quick look at the actual specifications of the AMD 690G/690V chipsets.

NUVIA Phoenix Targets +40-50% ST Performance Over Zen 2 for Only 33% the Power Intel Suffers Apparent Data Breach, 20GB of IP and Documents Leaked on to Internet