Since results for high-end memory were so close at all tested speeds, the scale range was reduced to better show the small differences in these memory benchmark results. Please keep this in mind when viewing the charts, since a normal zero scale would make performance differences appear much smaller than these expanded scale charts. Test values for memory at each speed are included below each chart for reference.

The AT memory test suite uses Far Cry, Half Life 2 and Quake 4 for memory testing because they are sensitive to memory performance. 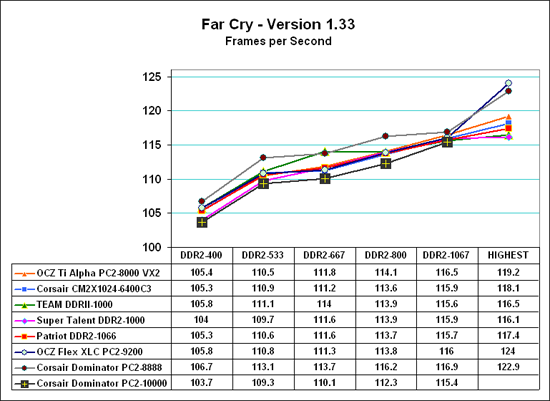 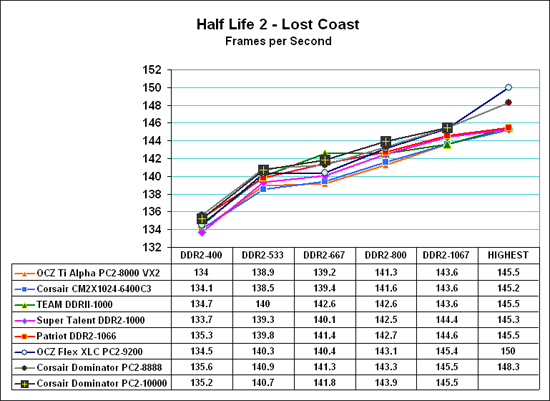 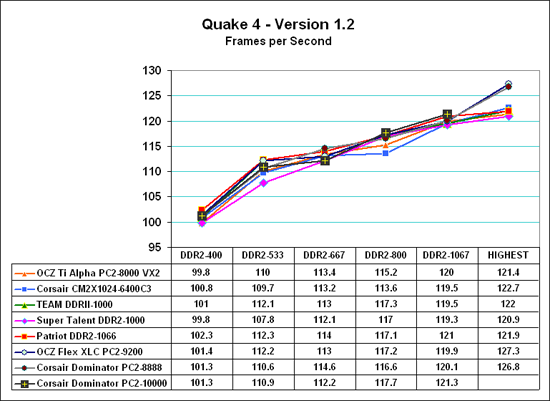 Corsair Dominator 10000 provided a mixed bag of gaming performance. It was average compared to other top enthusiast memory in Quake 4, one of the fastest we have tested in Half Life 2: Lost Coast, and one of the slowest of the performance memories in Far Cry. These mixed results appear to be related to the SPD programming used to achieve very high memory speeds with lower latency. They are also likely a reflection of the fact that game tests were run on the 975X motherboard, which is clearly not the best match for Corsair Dominator 10000.

Performance was much more predictable on the NVIDIA 680i motherboard, as Corsair told us it would be. If you plan to buy Dominator 10000 pair it with a 680i or recent P965 board and you will get the best results from this memory. The memory performance on the ASUS P5W-DH (975X) is certainly quite good and competitive, but it does not stand out on this platform.