We've just established that more cores can give us better power efficiency and performance, but there's one giant requirement for that: software must be written to take advantage of the many cores at its disposal. Being multithreaded alone is not enough, as we saw from the Quicktime and iTunes encoding tests; both benchmarks are multithreaded, but we only saw an increase in performance and power efficiency on dual core CPUs, not on quad core CPUs.

Microsoft's upcoming Windows Vista and associated Vista applications will begin pushing for better performance on multi-core systems. Even Microsoft's Office 2007 is multithreaded and of course anything encoding related is generally well threaded these days. Apple's OS X and its applications have also been well threaded for quite some time, and it's very possible that Apple itself may want to embrace Kentsfield in order to drive costs down on its Mac Pro line of systems.

And what about gaming? Even our multithreaded Quake 4 benchmark doesn't show a performance increase when going from two to four cores, and it's one of very few games that actually takes advantage of multiple cores. Without significant re-writes of today's games we're not going to see the sort of power efficiency improvements that we need in order to drive performance forward. Remember that AMD and Intel are banking on heavily multithreaded code in order to actually drive CPU performance ahead in the coming years; without the appropriate software, CPU performance would effectively stagnate.

Thankfully it looks like 2007 will mark the beginning of threaded games making a significant impact on the PC market. Back at this year's fall IDF we spoke with Remedy's Markus Maki and Lasse Seppanen about the engine behind Alan Wake, and were surprised to find out that currently the game isn't even expected to run on anything less than a dual core (or single core + HT) platform. 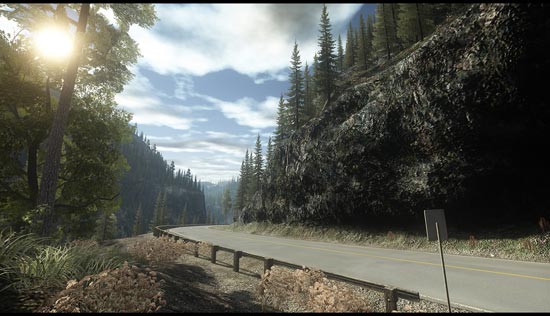 As we mentioned in our IDF coverage, Alan Wake currently spawns five independent threads: one each for rendering, audio, streaming, physics and terrain tessellation. Both the rendering and physics threads are heavy hitters and those two alone have the potential to eat up a dual core CPU, but the additional threads are what may improve the gaming experience on a quad core CPU.

Unreal Tournament 2007, based on the Unreal Engine 3, will utilize multiple cores

Given that Alan Wake is clearly targeted for multi-core CPUs, we wanted to hear from another developer for a bit of a reality check to see where some of the next-generation of PC gaming is going. With their highly anticipated Xbox 360 title, Gears of War, on the verge of shipping we were lucky enough to get some information on Unreal Tournament 2007's thread usage from Tim Sweeney, Founder and President of Epic Games.

We asked Tim to tell us a bit about what threads UT2007 will spawn, and he responded with the following:

"Currently Unreal Engine 3 runs two heavyweight threads all the time: one for gameplay and one for rendering. In addition, there are several helper threads to which we offload all of the physics (using Ageia's multithreaded PhysX library), streaming, and several other tasks.

We plan to extend the threading support further in time for the release of Unreal Tournament 2007 next year, to further exploit multi-core PC CPUs. Major opportunities for multithreaded optimization include particle systems, animation, and terrain. Also, since UT2007 uses very extensive vehicle and ragdoll physics, we expect that at peak times during gameplay that we'll have no trouble fully exploiting 4 threads at the maximum detail settings.

There are lots of other interesting prospects. I expect we'll be able to exploit as many cores and Intel and AMD are able to ship in the foreseeable future."

It looks like by the time UT2007 makes its appearance on the PC it will be juggling, at times, more than two CPU intensive threads. Tim added one more comment that was particularly interesting: UT2007 will not require a dual core CPU, meaning there's still life for single core in gaming, even in the 2007 - 2008 timeframe.

Despite the relatively gung-ho attitude by Remedy, Epic and other ISVs on being able to use more than two cores regularly, the fact of the matter is that neither Alan Wake nor UT2007 are coming out anytime soon. And it's tough to say how long before other titles actually show a noticeable performance or experience difference between two and four core CPUs. Our pragmatic side can't help but point out that if you're building a high end gaming PC today, going quad-core will help in the future, but we can't really say precisely when that future will be.