We had a chance to sit down with Markus Maki and Lasse Seppanen of Remedy Entertainment, Ltd. to talk more about their upcoming psychological thriller: Alan Wake. 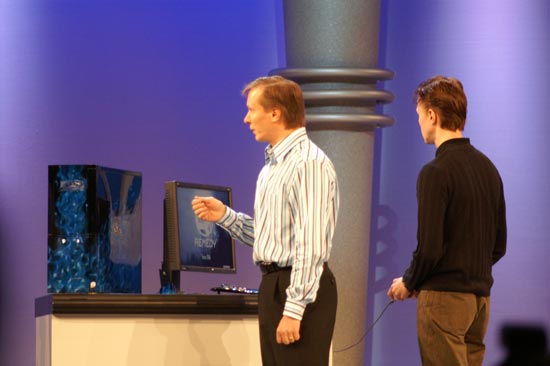 Alan Wake was demoed during Paul Otellini's keynote on an overclocked Core 2 Quad system running at 3.73GHz, mainly because the game itself is significantly multithreaded and could take advantage of the quad-core system. While development is still continuing on the forthcoming game, we did get some insight into exactly how Alan Wake will utilize multiple cores.

Surprisingly enough, Markus indicated that Alan Wake would pretty much not run on any single core processors, although it may be possible to run on single-core Pentium 4 processors with Hyper Threading enabled, with noticably reduced image quality/experience.

The game will actually spawn five independent threads: one for rendering, audio, streaming, physics and terrain tessellation. The rendering thread is the same as it would be in any game, simply preparing vertices and data to be sent to the GPU for rendering. The audio thread will obviously be used for all audio in the game, although Remedy indicates that it is far from a CPU intensive thread.

The streaming thread will be used to stream data off of the DVD or hard disk as well as decompress the data on the fly. Remedy's goal here is to have a completely seamless transition as you move from one area to the next in Alan Wake's 36 square mile environment, without loading screens/pauses. With Alan Wake being developed simultaneously for both the Xbox 360 and the PC, efficiency is quite high as developing for a console forces a developer to be much more focused than on a PC since you are given limited resources on a console. Markus admitted that being a PC-only developer can easily lead to laziness, and developing for the 360 has improved the efficiency of Alan Wake tremendously. With that said, Markus expects the visual and gameplay experience to be identical on the Xbox 360 and the PC when Alan Wake ships, hopefully without any in-game load screens. 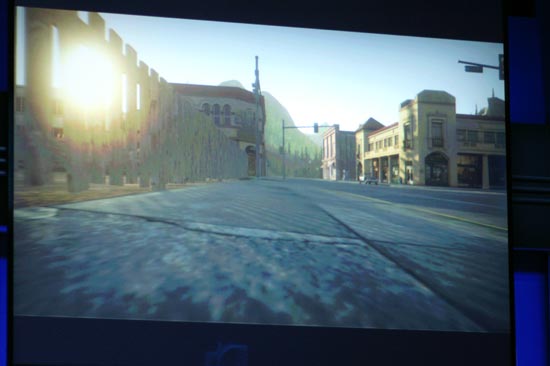 The physics thread will be used to handle all of the game's physics, which is driven using Havoc's physics engine. As Alan Wake uses Havoc's engine, there is no support for AGEIA's PhysX card and thus the host CPU must handle all physics calculations. During the keynote Markus mentioned that the physics thread used an entire core by itself, later clarifying that on a normal Core 2 Quad processor approximately 80% of one core would be used by the physics thread. With 80% of a single core being used for physics alone, the dual core CPU requirement is no longer so shocking. 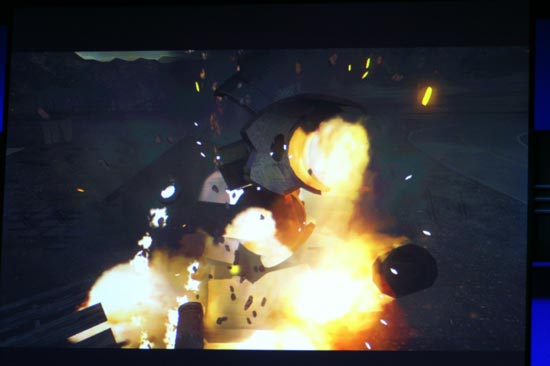 As a mostly outdoor game, Alan Wake features a tremendous amount of varying terrain that is generated semi-procedurally as you encounter it. The generation/tessellation of the terrain as its encountered occupies the fifth and final thread that Remedy's game spawns. If Remedy can get the game running on Pentium 4 CPUs with HT enabled, it will be with less smooth terrain tessellation (so you may see some popping of terrain) and obviously with fewer physically simulated objects. 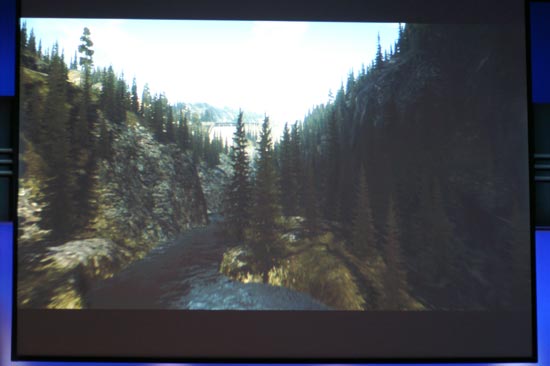 Although we are very curious to see how the Cell processor would run Alan Wake, given that Microsoft Game Studios is Remedy's publisher the game's Xbox 360/PC exclusivity needs no explanation. Remedy's Alan Wake team is approximately 30 strong, which is quite lean for a next-generation title, although most artwork is outsourced under the direction of Remedy. Remedy will supply specifications for the art it wants designed, and then hand it off to external art firms that will then produce it to the specs. By outsourcing the artwork, Remedy is able to focus on its development strengths and keep the overall team size down while leveraging the expertise of dedicated artists from around the world.

The demo ran extremely well on the test system, which was a Core 2 Quad running at 3.73GHz with a GeForce 7900 GTX. Markus said that it would have run just as well if the Core 2 Quad was running at its default clock speed, which we assume was 2.66GHz. The game looked even better than when we first saw it at E3 and we eagerly await its release. If Alan Wake is any indication, it won't be long before gamers start thinking about the move to dual/quad core if they haven't already.