In tests that are more CPU limited, we have thus far seen that Merom (Core 2 Duo) is at worst no slower than Yonah (Core Duo) and in most cases it's 5 - 15% faster. The fact that equivalent clock speeds carry equivalent prices is also great, as there won't be any extra cost associated with the new CPUs. The big question then is: what happens to battery life? If battery life drops with the new CPU, some people might still prefer the older design. If it can match Core Duo, we have a clear win and there's no reason for Intel, manufacturers, and consumers not to make the transition as quickly as possible. Let's see how the two CPUs compare with some power and battery life benchmarks. All of our battery/power tests were done with Microsoft's USB power draw patch applied. 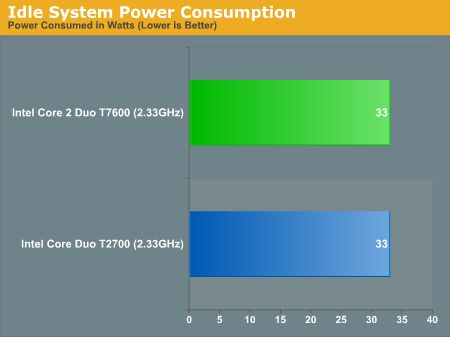 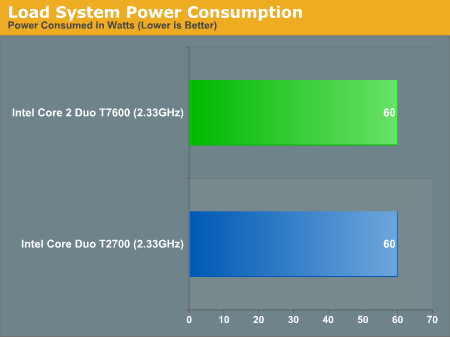 Starting with power tests, we find immediately that there has been no change that we can detect. There's a large grey area between idle and 100% CPU load, however, so let's turn to MobileMark 2005 to check battery life, as it will cover a broader range of CPU utilization.