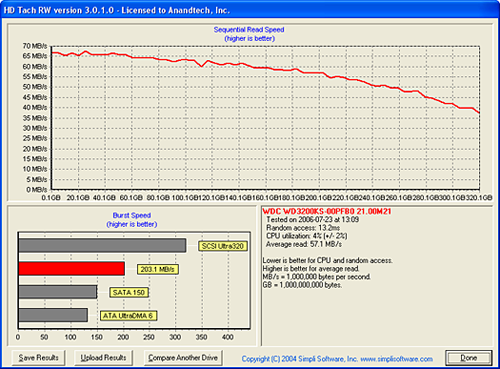 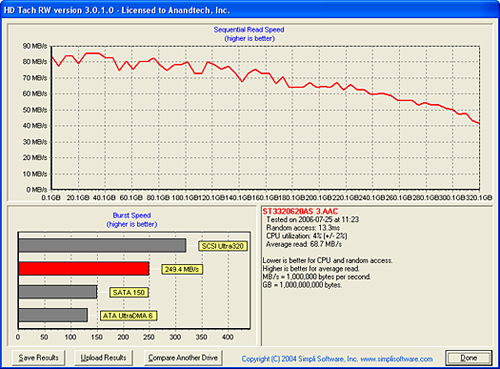 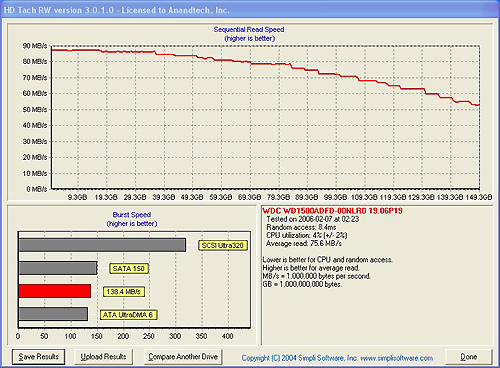 We find HD Tach to be useful for generating random access and average read rate results in a very consistent manner. Although the burst rates and CPU utilization rate numbers are interesting they tend to be meaningless in actual application performance comparisons.

The random access time benchmark favors the 10,000rpm spindle speed of the Raptor which generates a result of 8.6ms. The 7200rpm drives results are close with the nod going to the WD 320GB at 13.2ms while the Seagate 320GB drive finishes at 13.3ms. The average rotational latency at 10,000 RPM is 3ms while the average rotational latency at 7200 RPM is around 4.17ms; what this means is that the head seek speed on the Raptor is significantly faster (~5.6ms) than the other drives (9.2-10.0ms). Although the Seagate 320GB drive has excellent burst rates we will soon see this does not always translate into class leading performance.