Multimedia encoding is typically a very good CPU benchmark, with performance that scales very nearly linearly with faster CPU clock speeds. Video testing was conducted using three popular codecs and applications: Xmpeg 5.03 with DivX 6.1, Windows Media Encoder with WMV9, and QuickTime 7.1 with H.264. The complexity of the encoding process increases as we move from DivX to WMV9, and H.264 encoding is in a league of its own in terms of the amount of CPU time required. 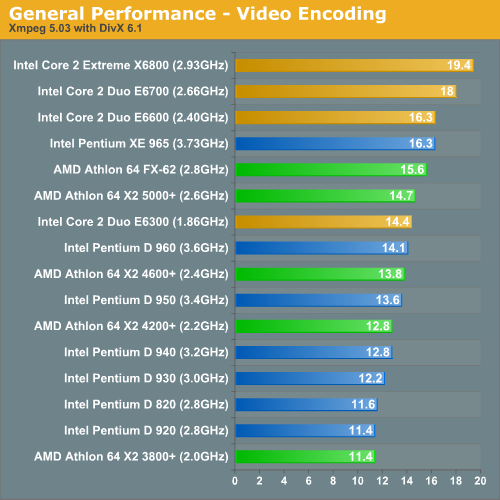 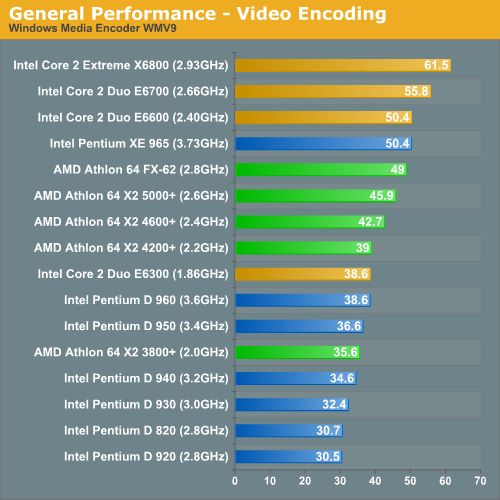 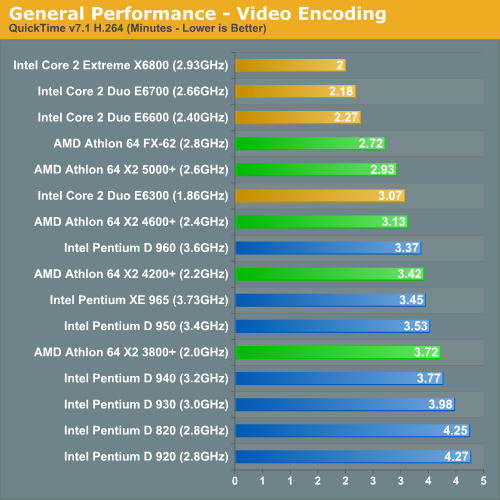 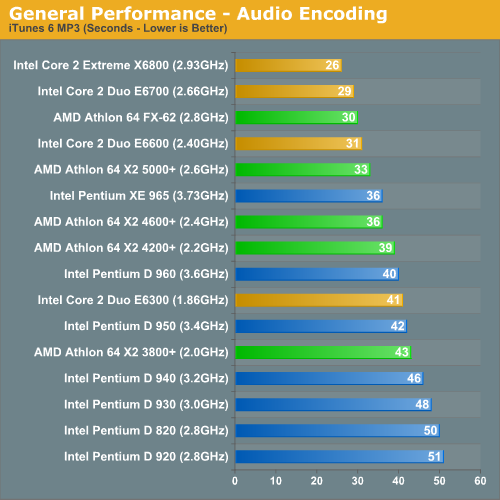 Moving over to audio encoding performance, we used Apple's iTunes 6 application to encode a single 307 MB Wav file into a 192kbps MP3. Audio encoding is still very CPU intensive, but of course the faster encoding times make the differences less noticeable in practical use. At the top and bottom price points, Intel leads again: 5% at the low-end, and 15% at the extreme performance segment. Unless you frequently encode really large amounts of audio files, however, it's unlikely you're going to notice Intel's 2-4 second lead.