We looked at a few ASUS products in our Computex Preview article so our coverage will highlight some of the expected high volume boards for either AMD or Intel processors this summer. 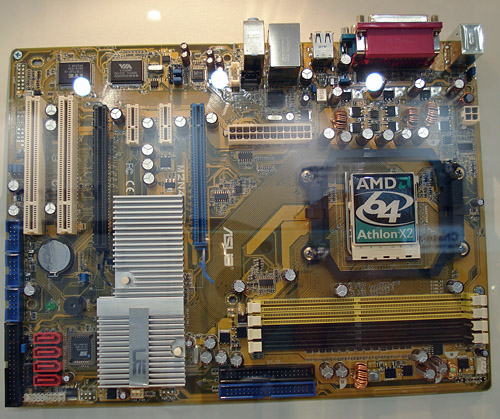 The M2N4-SLI is an AM2 board based on the nForce4 SLI chipset that will be ASUS's budget priced AM2 SLI board. It boasts passive cooling and a price in the US $75~$85 range. Performance from all indications will be close to that of the nForce 570 SLI but not as feature rich. 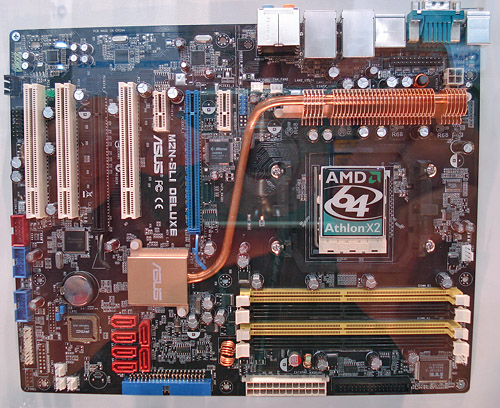 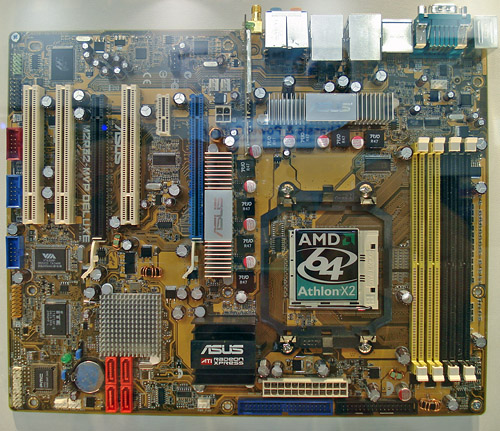 The M2R32-MVP Deluxe is based on the ATI EXPRESS 3200 and SB600 chipsets while offering improved performance over the A8R32-MVP series. 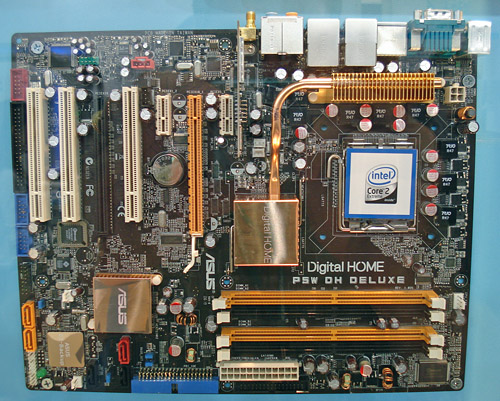 The P5W DH Deluxe is based on the Intel 975X and ICH7R chipsets. This is one of several boards that ASUS is launching that features their new Digital Home initiative, and they include such features as WiFi-AP Solo, MP3-In, DH Remote, and MP3 FrontLinker options depending upon the board series. 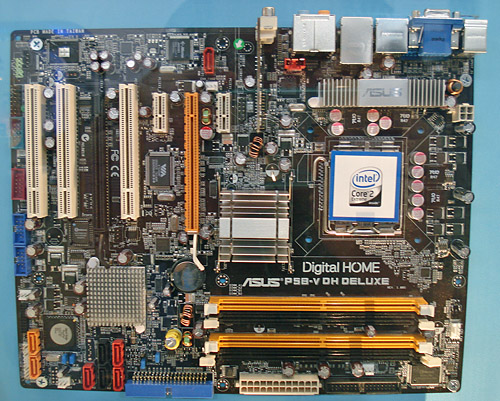 The P5B-V DH Deluxe is based on the Intel G965 and ICH8R chipsets. This board features the new Intel integrated 3000 series graphics capability along with eSATA and IEEE 1394a features. 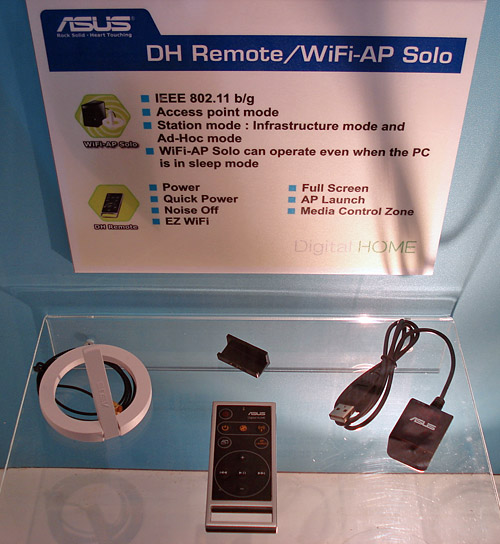 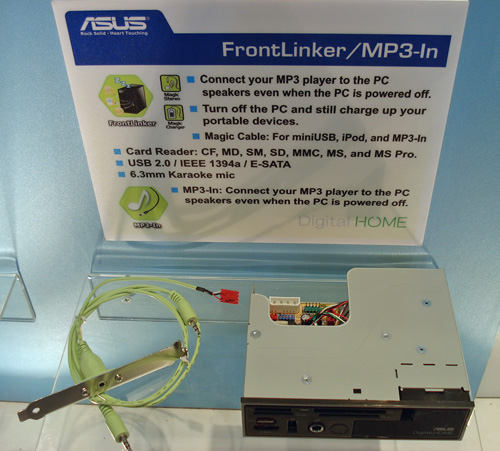 Four of the most prominent options on the ASUS Digital Home series boards will be the DH Remote, WiFi-AP Solo, MP3-In, and FrontLinker components.