With so much Zalman equipment already in this setup, it seems almost silly not to go all-out at this point, so that's exactly what we decided to do. 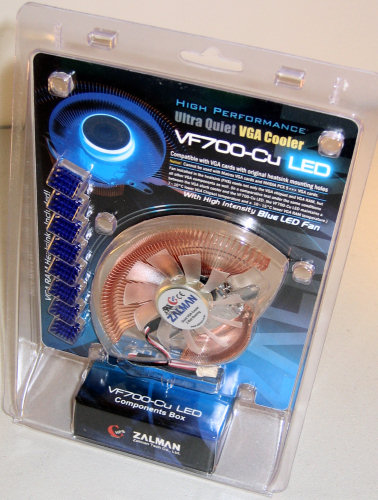 The stock cooler on our 6600GT has always been the subject of some concern of ours, due to the high temperatures reported by the driver software, and the rather audible noise of the fan. 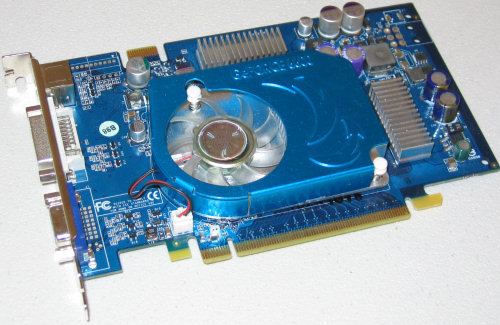 Although it's been on the market even longer than the CNPS-9500, we still think that it is worth looking at the also popular VF700-Cu GPU cooler, for as we'll see, it can dramatically improve temperatures and noise levels coming from the graphics card. 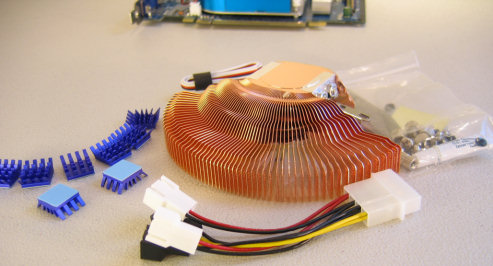 The hardest part about installing the VF700 for many cards is probably simply getting the stock cooler off the graphics card safely. Many stock coolers have a strong adhesive-style of thermal paste holding the cooler in place, which can make removing it potentially dangerous. One simply has to be careful to pull slowly and apply enough of a twisting force to prevent damaging the core of the processor. 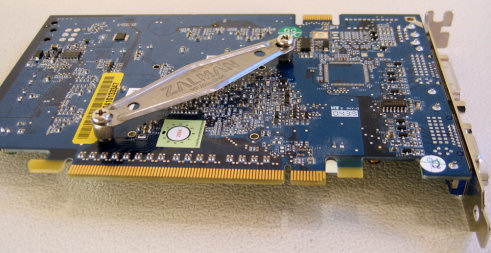 Once the stock cooler was removed and the GPU surface cleaned, we proceeded to install the Zalman mounting kit which uses another back plate design, which holds itself steady to the card first.

The back plate is held in place using special nuts, which are threaded on both sides. The one on the right in the following picture has already been screwed in place, while the one on the upper left corner only has one of the rubber washers installed so far. 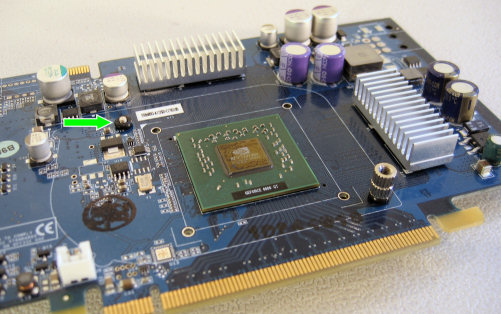 The heat sink/fan combination, which bears a strong resemblance to the popular 7000 series CPU coolers from Zalman, bolts down into these special fasteners, again using only two points to keep as even pressure between the two surfaces as possible. 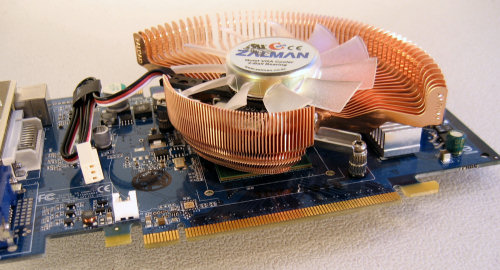 As this is the first time in a while since we've looked at cooling equipment, perhaps we should mention that there are always a few drawbacks to installing aftermarket heat sinks to any piece of hardware in your computer. Things to consider include voiding warranties and risking the possibility of damaging the hardware due to either physical damage during the installation or an improper installation, which leads to overheating of the equipment. However, simply taking care to follow all instructions and working slowly enough to do everything carefully is normally all it takes to make installing your own third-party cooling equipment enjoyable and rewarding.