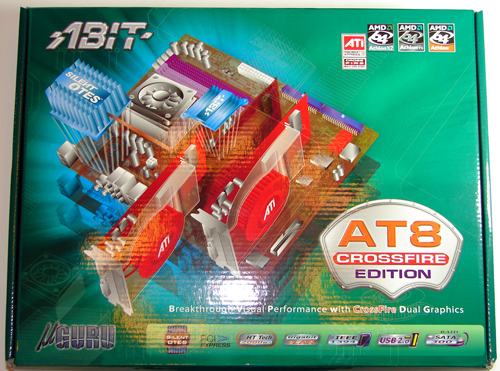 Our initial impression of the AT8 upon opening the box was one of pleasant surprise in regards to the general layout of the board and the quality of components utilized by Abit. The accessory kit and documentation included in the package is extensive for a board in the US $115 range.

During our testing and general usage of the Abit AT8, we found the board's stability to be excellent and it delivered top results in the latest synthetic and game benchmarks once we were provided with an updated BIOS. However, our initial tests with the current 1.0 BIOS were not positive as the board suffered memory capability issues with our BH5/UTT chip based memory modules. The board refused to hold a CAS latency setting of 2 after reboot with the BH5 memory modules and would fail to post if the CAS latency setting was set to 3. The board also showed some post and incompatibility issues during testing with 1GB memory modules based upon Samsung UCCC chips.

We reported our issues to Abit and they promptly provided an updated BIOS, version 1.1, to use for our testing. We noticed our memory incompatibility issues were resolved for the most part and updated microcode for the ULi M1575 chipset solved our RAID setup issues. We have still witnessed a few memory issues that occur when switching memory modules without having set the DRAM setting in the BIOS to SPD. Also, the board requires a CMOS clear when extending the memory settings beyond the capability of the board or memory. The system will gracefully recover from errant CPU settings, but is still reluctant to recover from memory issues. We generally found that setting the memory settings manually or utilizing the SPD option had worked well as the Auto setting seemed to have the majority of issues when setting up the board or during overclocking.

However, the current iteration of the 1.1 BIOS introduced an issue that Abit is still trying to solve at this time. The board is an excellent overclocker when utilizing the stock multiplier. Our testing has revealed an issue with the beta 1.1 BIOS where the HTT setting does not like to be raised past the maximum HTT setting utilized with the stock multiplier. As an example we had no issue overclocking our AMD Athlon 64 4000+ to a 322 HTT setting at a 9x multiplier with the version 1.0 BIOS but could not reliably exceed a 256 HTT setting with the 1.1 BIOS which was the maximum setting at the stock 12x multiplier. We tried four different AMD processors and witnessed the same results in our testing. We tried various combinations of memory, video card, and power supplies along with numerous system settings without success. Abit is working on this issue currently and we expect to have an updated BIOS for further testing shortly. We would like to commend the engineers at Abit for their cooperation and diligence in working with us on these issues, but we sincerely hope that an optimized BIOS is released shortly for the existing users of this board. 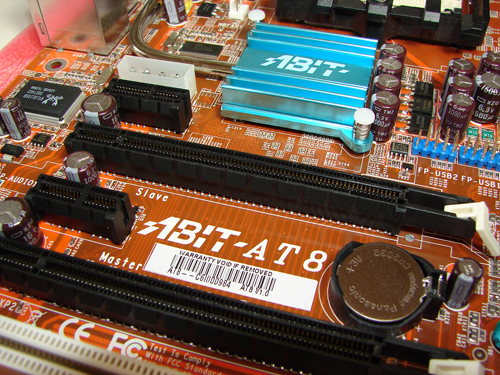 Let's see how the Abit AT8 compares to the competition.