Canon and Toshiba have been working on yet another display technology called SED (Surface-conduction Electron-emitter Display). The goal of SED is to bring some of the good qualities of CRT displays (response time, brightness, black levels) to a fixed pixel, very thin, low power display.

The technology works very similarly to older CRT displays, except on a much smaller scale. In a CRT display a Cathode Ray Tube (CRT) would shoot electrons at phosphors behind the viewing glass to effectively paint the picture you see on your monitor. In a SED display, individual electron emitters shoot electrons on phosphors behind the viewing screen to create the pixels on your screen.

Since a large CRT isn't necessary, SED TVs can be several centimeters thick rather than tens of inches. But with the response time, brightness, color reproduction and black levels comparable to CRT displays, SED technology has the potential to be the best of both worlds.

Like LCD and DLP technologies, SED displays are fixed pixel displays and there are three electron emitters per pixel. The downside to a fixed pixel display of course is that you end up sacrificing quality if you display content isn't at the same resolution as the native resolution of your display. In other words, there should be a 1:1 mapping of content pixels to each group of RGB electron emitters to obtain the absolute best image quality. However, as hardware scalers become more and more powerful the 1:1 pixel mapping problem becomes less important.

About six years ago Canon and Toshiba started working on developing SED technology for consumer TVs, and they are supposed to start shipping the first SED panels later this year. At the show both companies had demos of SED TVs (they looked to be around 30" diagonally). The conditions weren't perfect to truly evaluate the technology since they were in extremely dark rooms and with no other displays available for direct comparison. That being said, the image produced looked very nice. With no other types of TVs in the room we can't really say how it compared to LCD or Plasma TVs (SED's closest competitors), but it did look very good. 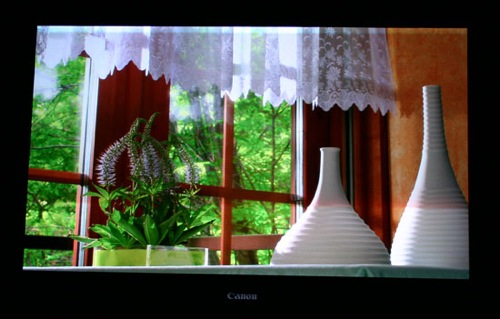 One thing we did notice was that the displays looked like they had extremely low refresh rates. You could see the screen refreshing much like a CRT set to 60Hz. Granted the technology is still pre-production so that could explain the issue. 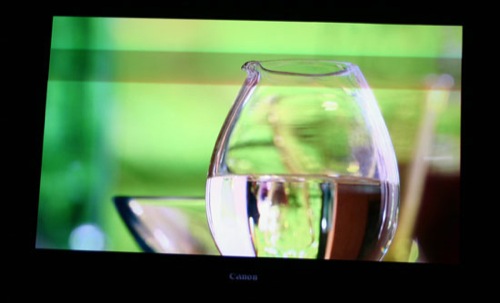