There's no getting around the fact that this year's CES was absolutely huge. While we have yet to hear the official numbers, it does seem that attendence may be slightly down from last year. It is also possible that CES has gotten so wide and spread out that it is starting to look smaller than it is. But regardless of appearances, the show was a true playground for the tech enthusiast - both PC and Consumer Electronics varieties.

If you thought our Day 2 coverage was a bit on the long side, you should keep in mind that we wanted to include much more than we actually did. Our Day 3 coverage is no different, we saw everything from Canon's SED technology to a 0.85" 4GB hard drive.

So our coverage continues, with our first stop being a little company called Sony.

We looked at Sony's set-top Blu-ray players in our Day 2 coverage but they also had two PC drives on display. There was nothing really separating these drives from others like them at the show, other than the fact that with Sony's styling they looked a bit better.

First up was an internal Blu-ray recorder:

and then an external unit: 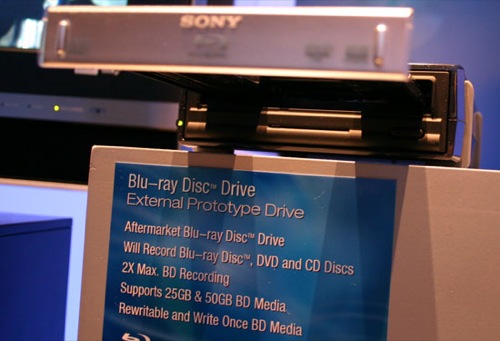 Sony's Micro Vault Tiny drives were on display, at sizes ranging from 256MB all the way up to 4GB. These drives reminded us a lot of the PQI i-Stick we reviewed in our last USB drive roundup.

Sony had a more normal sized Micro Vault drive on display, but this one featured a fingerprint scanner for security:

Next up were more normal storage devices, with a Sony 1" micro drive: 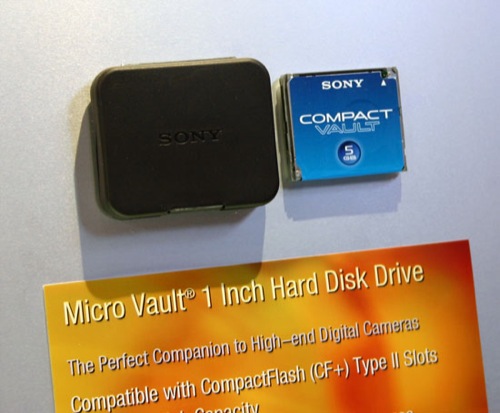 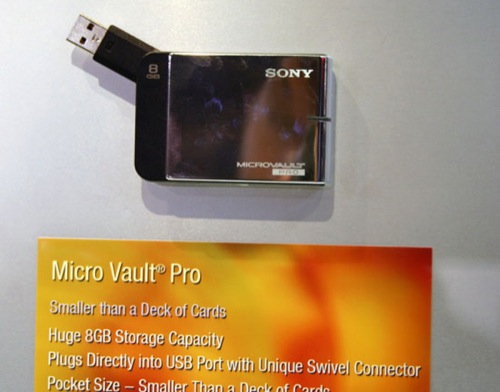