As we’ve been alluding to throughout this article, power consumption is on the forefront of processor technology now, and into the future. So, starting with this article, we will be including Power Consumption results in future IT articles. It should be no surprise that Opteron dominated these tests, but it probably will be to those who concentrated on performance, and power was of no concern. The Bensley system used approximately 1.5x the amount of power in the idle load test over the Opteron system. Given that a Dempsey (130 W) processor uses approximately 1.4x the amount of power as an Opteron (95 W), the results are inline with the specifications for the two processors. 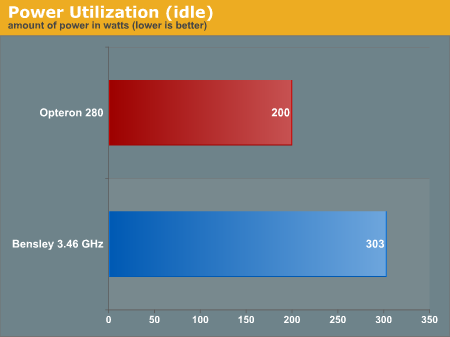 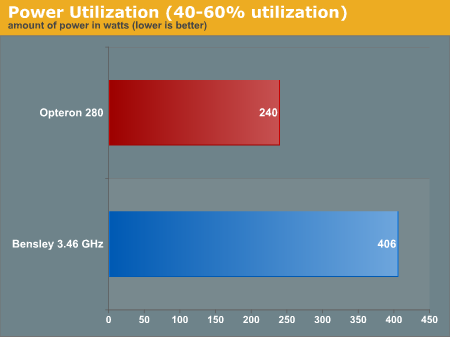 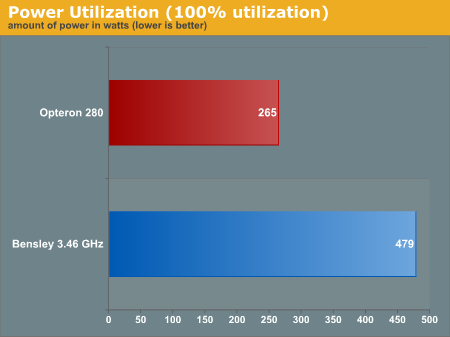