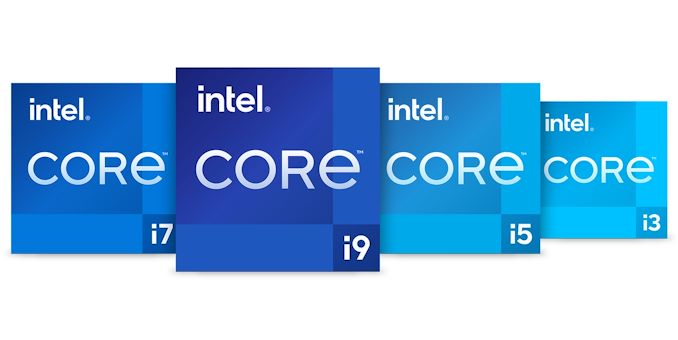 When Intel launches a new family of desktop processors, it typically unleashes its high-end unlocked SKUs first, such as the K and KF models. Not only does this give users a glimpse of its performance enhancements throughout its product development cycle and roadmap in the best possible light, but it also allows enthusiasts and high-end performance junkies to get their hands on the latest and most potent processors from the very beginning of the product cycle.

For the rest of the consumer market, Intel has finally pulled the proverbial trigger on its non-K series SKUs, with sixteen new Raptor Lake-S series processors for desktops. Varied across a mixture of bare multiplier locked SKUs such as the Core i9-13900 and Core i7-13700 with a TDP of 65 W, Intel has also announced its T series models with a TDP of just 35 W for lower powered computing, including the Core i9-13900T. Furthermore, Intel has launched its Core i3 series family, offering decent performance levels, albeit with just performance (P) cores and no efficiency (E) cores, at a more affordable price starting from $109.

Although the overclockable parts typically get consumers' attention when they launch, most of Intel's sales come through its regular non-K parts. Despite not being world record holders regarding performance or overclocking ability, the non-K series SKUs account for most system builders and OEM systems across the entry-level and mid-range offerings.

Intel's non-K launch offerings as part of its Raptor Lake-S architecture all come with a TDP of 65 W or lower, with variants representing the Core i9, Core i7, and Core i5; Intel has also now pulled the trigger on its 13th Gen Core i3 series. Intel has sixteen new desktop processors with varying performance, specification, and price levels, ranging from 24-core (8P+16E) to quad-core (4P+0E) options. Memory support on the Core i9 and Core i7 series includes both DDR5-5600 and DDR4-3200, while the new Core i5 and Core i3 series support DDR5-4800 and DDR4-3200 as per JEDEC specifications.

Moving onto the Core i5 family, Intel has three new Raptor Lake-S desktop processors, including two 65 W and one T series (35 W) part. All three include 30 MB of Intel The Core i7-13700 and Core i7-13700F both feature a P-core turbo clock speed of 5.2 GHz, while the restrictions in power mean that the P-core base frequency sits at just 2.1 GHz. For the efficiency (E) cores, this means that they have a base frequency of 1.5 GHz and a turbo clock speed of 4.1 GHz, while both conform to Intel's interpretation of 65 W; they both have a turbo TDP of 219 W.

The Core i7-13700T, as per the specifications, has a base TDP of 35 W, but it has a turbo TDP of 106 W. As with other T-series family products, the lower TDP puts constraints on raw frequency, with a P-core base frequency of just 1.4 GHz, but the eight performance cores boost to 4.9 GHz, while the eight efficiency cores turbo up to 3.6 GHz. It shares the same level of 30 MB of L3 cache as the other Raptor Lake-S desktop Core i7 processors and includes Intel's UHD 770 integrated graphics chip.

Intel's Core i5 family has grown the most from today's non-K Raptor Lake-S series announcement with seven new SKUs. Similar to how it identified its Alder Lake (12th Gen) Core i5 family, it has two distinguishing configurations between the two halves of its range; the top tier Core i5 series with 6P+8E (14) and lower tier chips with 6P+4E (10) cores. There's also a trifecta of T-series chips, each with a base TDP of 35 W; the Core i3-13600T, Core i5-13500T, and Core i3-13400T. 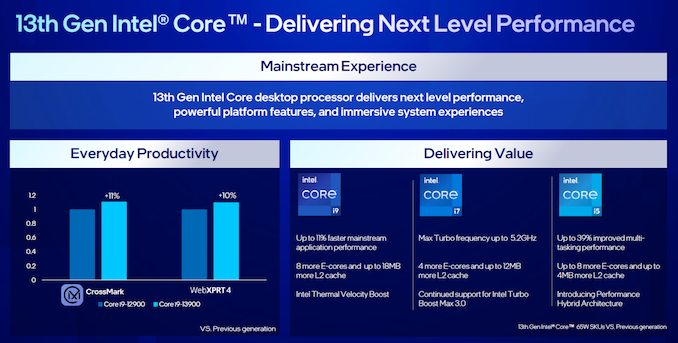 The Core i3-13100 has four performance (P) cores and no efficiency cores, meaning the Core i3 is still a quad-core CPU with a maximum capacity of eight threads. It has a base frequency of 3.4 GHz and a core frequency of 4.5 GHz, along with just 12 MB of L3 cache. The base TDP is 60 W, while the turbo TDP is 89 W. On the flip side, the Core i3-13100F has the same core frequencies, both at base and turbo, but with a slightly lower 58 W TDP and the same 89 W turbo TDP, just without integrated graphics.

Regarding platform support, all of Intel's 13th Gen Core series processors are compatible with the latest 700-series chipsets and backward compatible with the 600-series chipsets such as Z690, B660, and H610. We expect to start seeing Intel's new 13th Gen Core chips in OEM systems imminently, however the timeframe for sales of the individual chips hasn't been disclosed. Still, we expect it will be sooner than later. 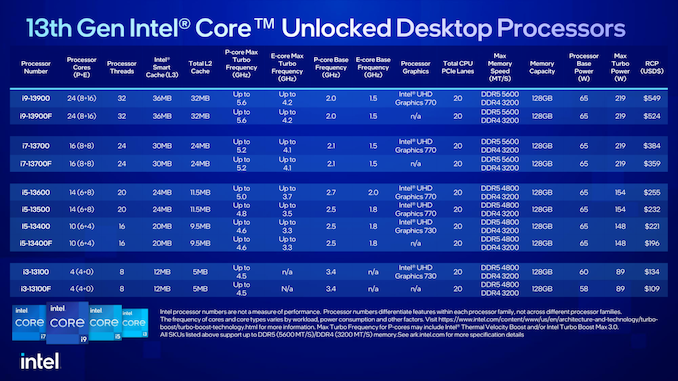 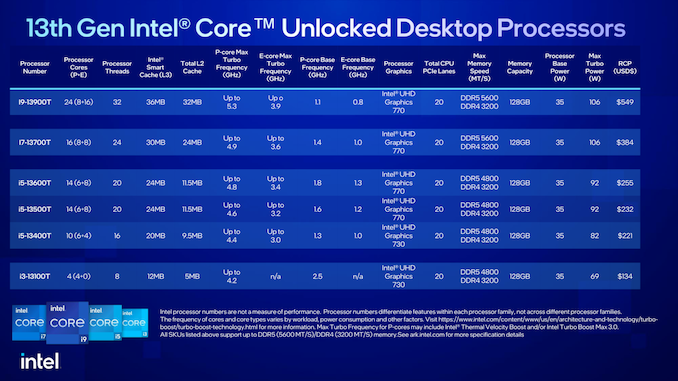