Up Close and Personal with the CPU, GPU and... Yonah?

The heart and soul of the Xbox 360 is of course its CPU and GPU, first off we have the 3 core PowerPC processor. In order to give you an idea of its size, we've compared it here to Intel's 65nm Yonah processor, with a die size of just 90 mm^2: 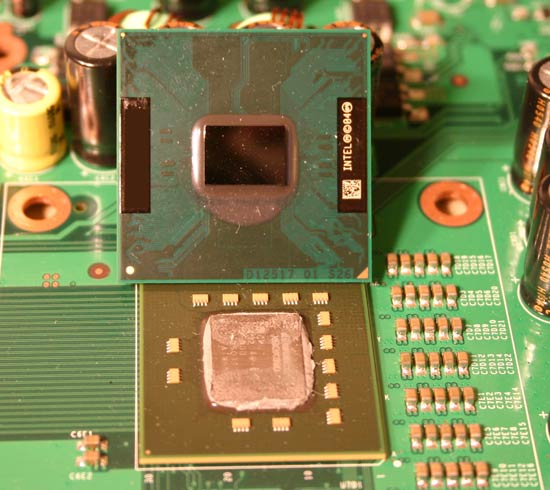 The 90nm Xenon processor looks to be a little less than 3 Yonahs, but remember that the move to 65nm will cut the Xenon basically in half, making it closer to 1.5 Yonahs if they were on the same manufacturing process. Through this comparison we can get a rough idea of the size of the logic in the Xenon CPU.

As another comparison point, here is Yonah vs. a AA battery, as well as the 3-core Xenon processor with a AA battery: 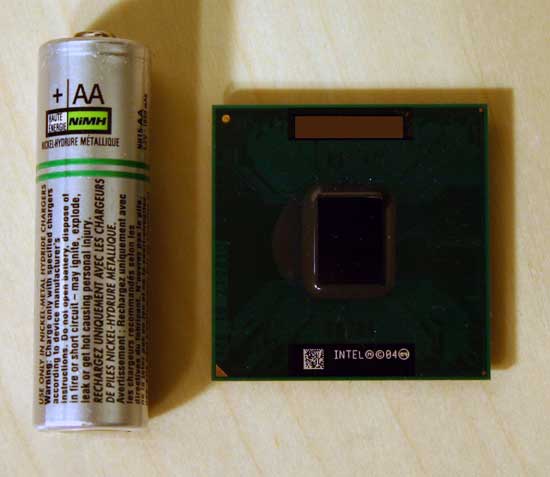 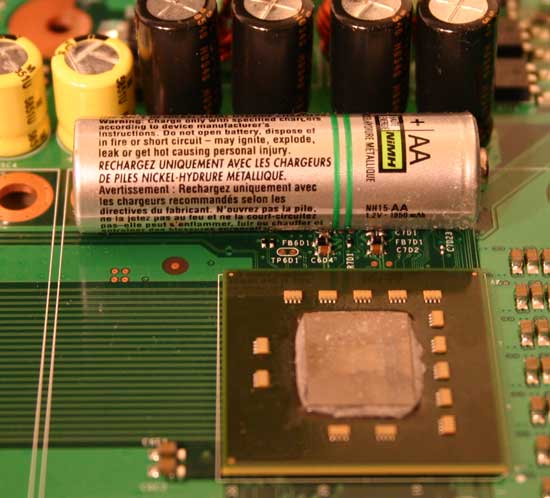 Now let's have a look at Yonah vs. the ATI Xenos GPU: 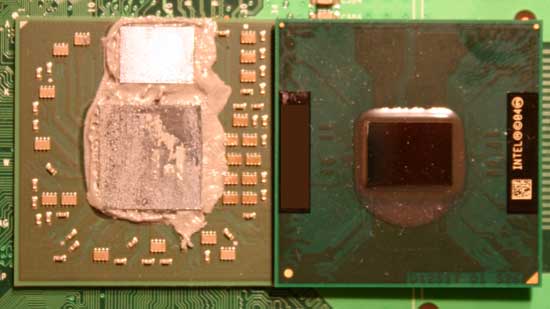 Finally we've got the Xbox 360 South Bridge, which is quite small: 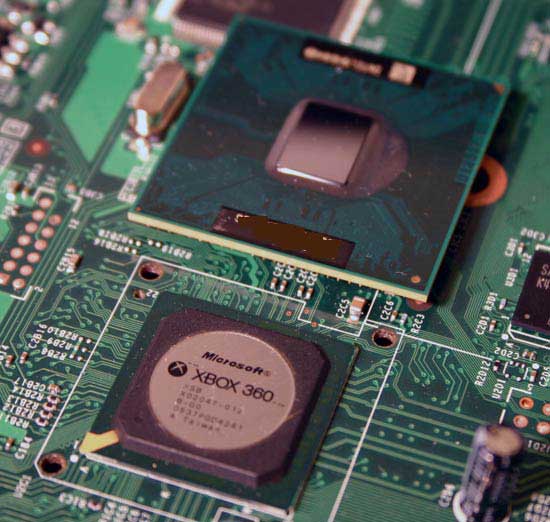