Moving away from the ports and looking inwards, we take a look at some of the ICs and other devices present on the Xbox 360's motherboard.

The Xbox 360's OS and other necessary software is loaded in the 128Mb (16MB) NAND Flash device that's on the motherboard: 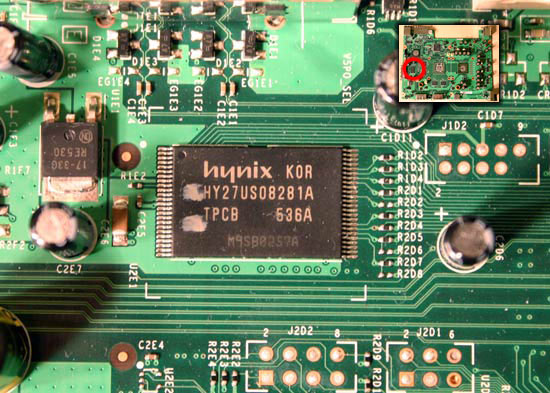 Originally we assumed the chip below was a TV encoder, but we've since found out that the TV encoder on ATI's Xenos GPU is identical to what is on the ATI Radeon X1000 series of PC graphics cards - meaning the Xbox 360's TV encoder is located on the Xenos GPU itself and makes use of ATI's Xilleon display engine. 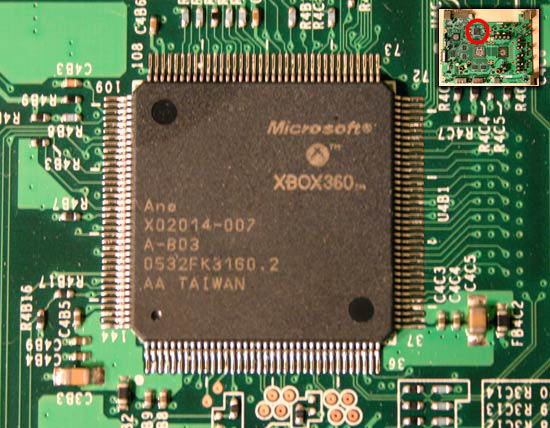 If it isn't the TV encoder, then what is this mystery chip? We haven't been able to find the physical interface for the Ethernet port, so it is possible that the 100Mbit PHY is located within this chip, as well as the audio codec, both of which would make sense given its location on the motherboard (within close proximity to the AV cable connector). In addition to those two options, it is possible that this chip may house whatever DRM technology is used in the Xbox 360.

Next up we've got a single 64MB Samsung GDDR3 memory device from the Xbox 360's motherboard; there are a total of 8 of these chips on the motherboard, adding up to the system's full 512MB of unified system memory. The part number on the chip indicates a 700MHz operating frequency, with a 1.4Gbps/pin data rate, which is exactly what is specified by Microsoft: 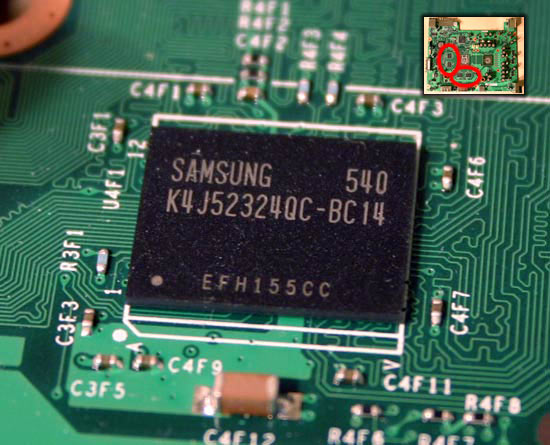