Disassembling the Internals of the Xbox 360

To continue further, you will need to first remove the DVD drive. Simply hold the drive and lift up. You will notice that the Xbox 360's DVD drive uses a Serial ATA interface which keeps things very tidy compared to the original Xbox. At this point, remove both the power supply cable and Serial ATA cable from the DVD drive and then from the motherboard. 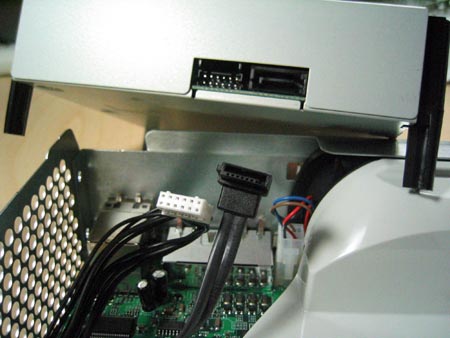 The fan shroud can now be removed by simply twisting the cover until it pops off. The shroud is held in place by one clamp that attaches to the actual fans. Just be careful at this point not to break the clamp. 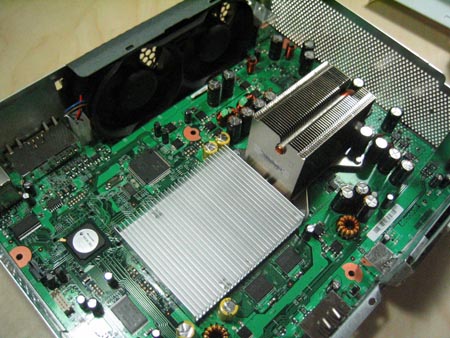 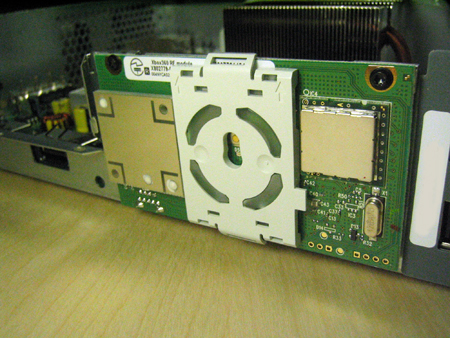 As a reminder, the Xbox 360 is a delicate equipment and must be treated with care at all times. Ensure that you frequently ground yourself to discharge any build up static which can severely harm your Xbox 360.