Two areas really stand out with the new Asus A8N32-SLI. First, this is the launch of a true dual x16 SLI board. That means that you can bridge two video cards at full x16 speed in each slot instead of the x8 speed of current SLI.

The new Asus 32-SLI boards, both the recently tested P5N32-SLI for Intel processors and this A8N32-SLI for AMD, are the first 8-phase desktop boards that we have tested. Those who have questioned whether the design is truly 8-phase will be interested in this shot with the MOSFET heatsinks removed on the Intel version. There are 8 coils and 8 banks of MOSFETS along the two sides of the CPU. 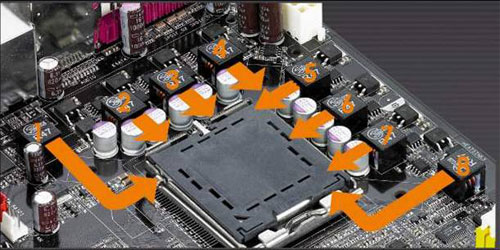 Why 8-phase? Asus tells us that an 8-phase design significantly reduces the requirements for input ripple current. 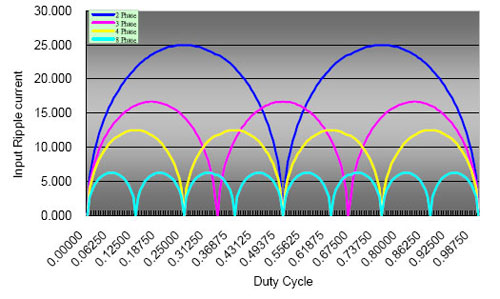 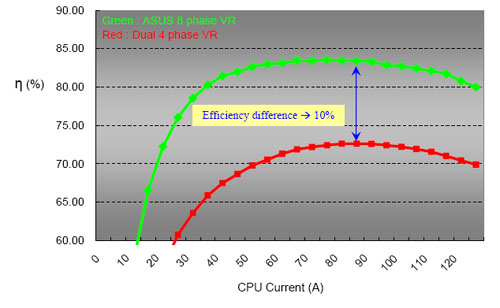 All of these power reductions mean less heat, which is becoming an increasing problem as traces get smaller and systems get faster. How much heat reduction? Asus claims that their 8-phase design is 15°C (36°F) cooler than conventional solutions when the system is stressed in operations like high overclocking. Lower heat contributes to less need for cooling, higher overclocks, greater reliability, and the ability to use passive heat-pipe cooling without active fans.

While both the P5N32-SLI for Intel and this A8N32-SLI for AMD provide two full speed 16-bit slots for SLI, they use a slightly different set of chipsets to drive this feature. This AMD version uses what is basically a C51 Northbridge chip without integrated graphics for the A8N32-SLI North Bridge and an nForce4 SLI chip for the South Bridge. In this hybrid design, each bridge drives one x16 slot and a total of 40 PCIe lanes are available to the board.

The Intel processor solution from NVIDIA uses the Intel C19 for the Northbridge and the same nForce4 SLI for the South Bridge. The 2 chips communicate via a Hypertransport link just like the chips in the AMD solution.

Whatever the differences in approach, both the Intel and AMD versions provide full dual x16 PCIe slots, which can be combined into Dual x16 SLI video. There are also other potential design uses as you saw in the Gigabyte quad PCIe review, where the board could enable four x8 PCIe slots to drive up to 10 monitors.