We don't have as much data as we would like for The Chronicles of Riddick as it looks like the game itself checks the capabilities of our monitor before allowing a setting to be run. While the monitor that we use to test games at high resolutions is capable of running at up to 2048x1536, the data it reports to graphics cards is unreliable. NVIDIA and ATI allow for the ability to specify manually the limits of one's monitor, but in this case, the game goes straight to the flawed source. In any case, all these tests were run with the shader level set to 2.0. 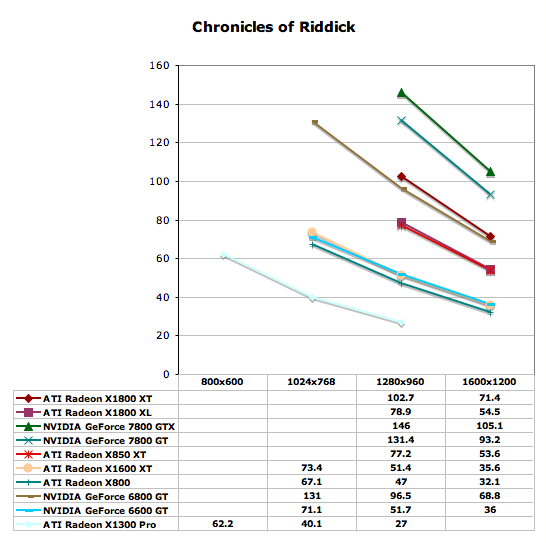