Despite its name, the SanDisk Cruzer Mini isn't really mini; instead, we'd call it more average sized, as it is no smaller than OCZ's Rally drive, nor is it any smaller than Kingston's DataTraveler II drives (although it is a bit thinner). There is some justification for the name, as the Cruzer Mini is quite well proportioned - it isn't too thick, it isn't too long, it's not too thin and not too short. In other words, it's pretty much the right size for a normal USB flash drive. 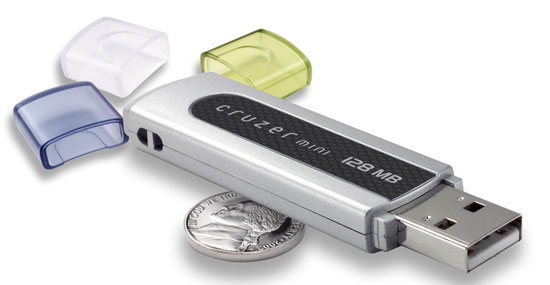 The Mini comes with a lanyard like the Micro, but it doesn't have any exchangeable cases, although it does come with three caps: one clear, one green and one blue.

The Mini ships with the same software as the Micro.