The external drive sled comes out of the front after pressing the tabs in on either side, making it very simple to install floppy drives or a couple of additional hard drives. 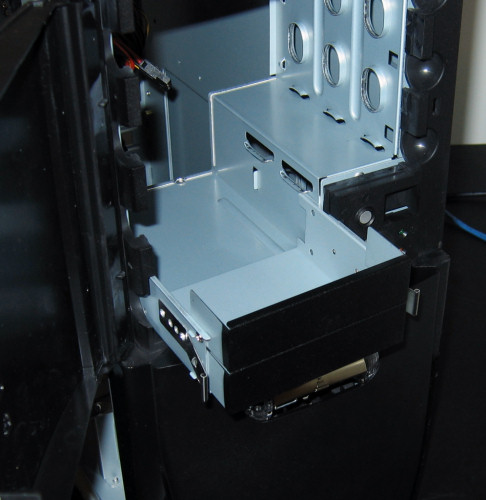 For the 5¼” drives, purple rails are used, and much to our appreciation, they are actually held right in the bay covers in pairs, which makes perfect sense. 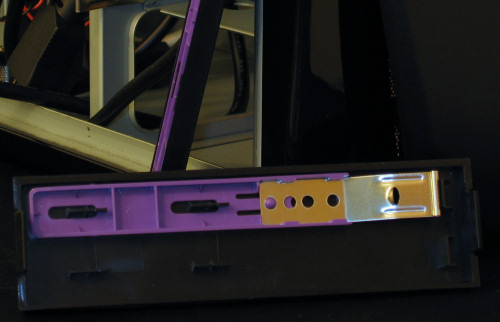 To secure the rails, normal optical drive screws are used, then the drive slides in from the front until it locks in place. While this isn't completely tool-less, it still is easier than having to take off both sides just to install or remove optical drives.

In terms of construction, the Sonata II, just like its predecessor, is a very solid case. Its steel construction definitely has something to do with this, but other elements factor into the equation as well, such as the larger-than-normal crossbar. 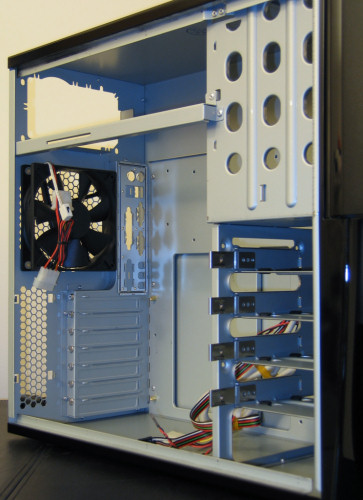 This bar will help support the weight of even the largest power supplies out there, but by the time you include the weight of all the steel and beefy components, don't expect this case to be easy to move around.

Before we move on to our next case, we wanted to show at least one shot of the duct placed over our Zalman cooler as best we could muster. 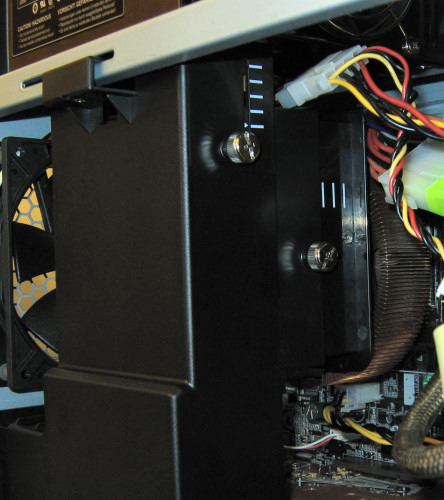