Our previous set of ‘office’ benchmarks has often been a mix of science and synthetics, so this time we wanted to keep our office section purely on real-world performance. We've also incorporated our power and science testing into this section too.

In this version of our test suite, all the science-focused tests that aren’t ‘simulation’ work are now in our science section. Where possible these benchmarks have been optimized with the latest in vector instructions.

All other CPUs such as Ryzen 5000 and 3000 were tested at the relevant JEDEC settings as per the processor's individual memory support with DDR4.

Modern high-performance processors implement a feature called Turbo. This allows, usually for a limited time, a processor to go beyond its rated frequency. Exactly how far the processor goes depends on a few factors, such as the Turbo Power Limit (PL2), whether the peak frequency is hard coded, the thermals, and the power delivery. Turbo can sometimes be very aggressive, allowing power values 2.5x above the rated TDP.

AMD and Intel have different definitions for TDP but are broadly speaking, applied the same. The difference comes from turbo modes, turbo limits, turbo budgets, and how the processors manage that power balance. These topics are 10000-12000 word articles in their own right, and we’ve got a few articles worth reading on the topic. 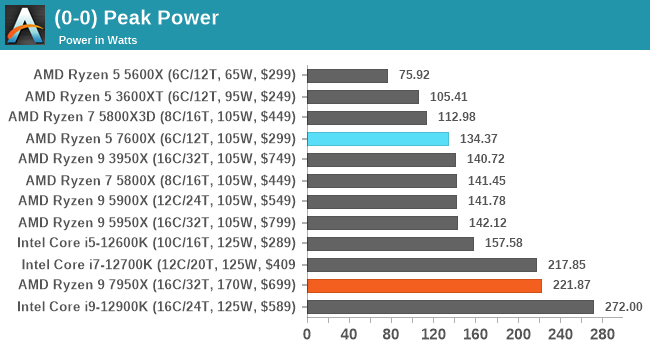 Looking at the results of our Peak Power test, the Ryzen 9 7950X topped out at 221.8 W, which is around 30% higher than the TDP of 170 W it comes with. As stated by AMD, the Power Package Tracking or PPT limit for AM5 motherboards when used with 170W TDP Ryzen 7000 SKUs will be 230 W. Still, while it draws more power than its generational predecessors such as Zen 3 and Zen 2, the Zen 4-based Ryzen 7000 series benefits from higher core clock speeds, a higher single core boost frequency, as well as other implementations around TSMC's 5 nm manufacturing process.

From our testing, so far, it seems that Ryzen 7000 when combined with a premium X670E motherboard allows for up to 30% in terms of extra power allowances for higher single-core boost and overall faster all-core frequencies. 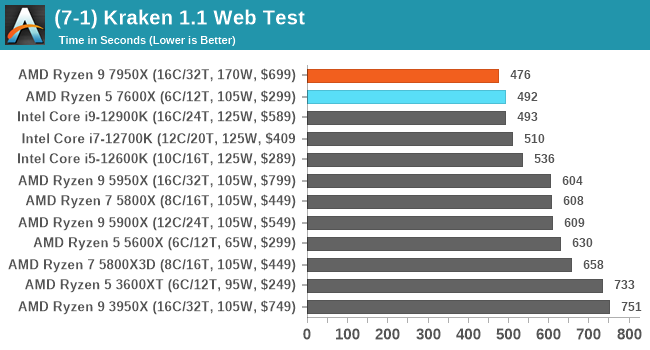 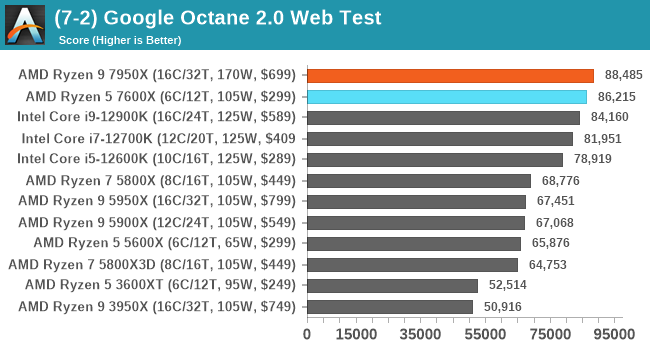 In our web tests, the overall improvements in IPC, frequency, clock speeds, and the switch to DDR5 all play a part in performance here. Both the Ryzen 9 7950X and Ryzen 7 7600X top our charts in regards to web testing, although performance isn't as apparent as it should be in other areas. 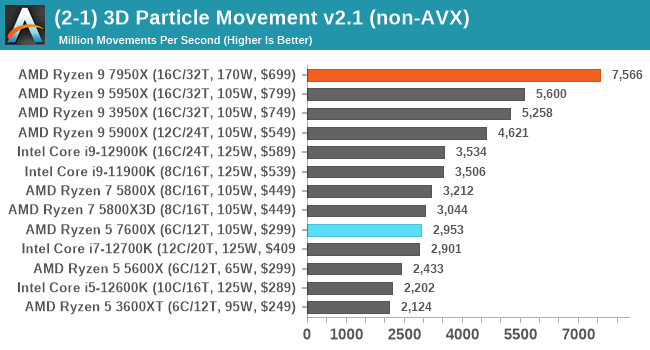 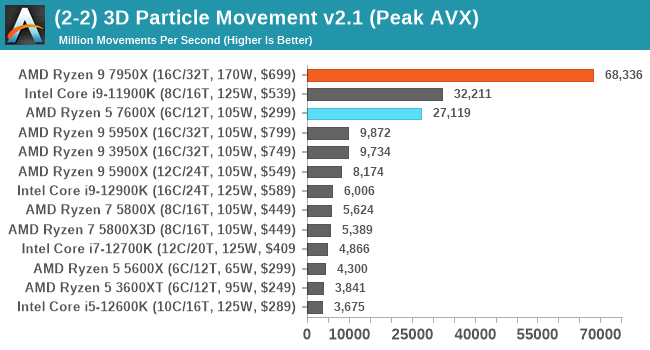 For our 3DPM v2.1 testing, we added in the Intel Core i9-11900K (Rocket Lake) to show performance across AVX workloads. Although Intel officially fused off the AVX2/512 extensions on Alder Lake which did cause a little controversy and gave the impression that AVX-512 on consumer platforms was dead. AMD clearly believes the opposite, as it has implemented it so that AVX-512 runs two cycles over a 256-bit wide instruction. The performance of the Ryzen 9 7950X here is phenomenal, although the Core i9-11900K which did indeed feature AVX instruction sets in the silicon, is still better than the Ryzen 5 7600X with AVX workloads. 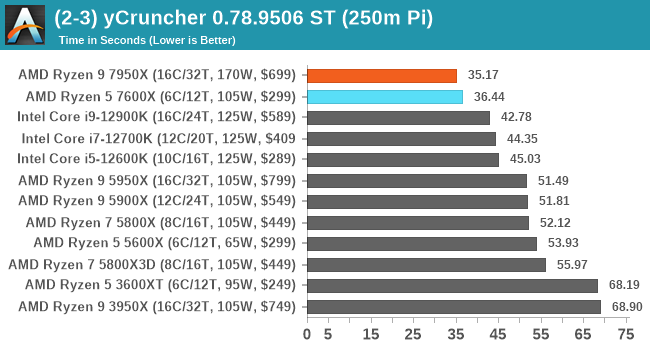 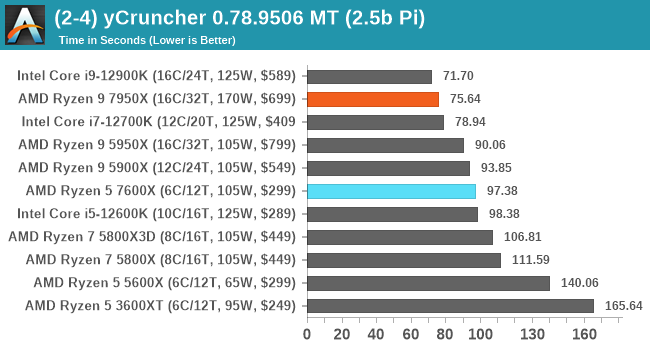 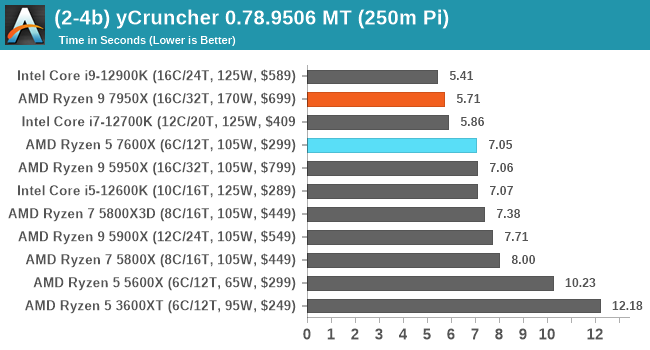