SilentiumPC is a company whose designs are driven by just two decisive factors – cost-effectiveness and low noise. The company’s ideology is to satisfy the majority of mainstream PC builders who are content with a budget-priced product that is good enough for the task. Air coolers are a difficult product to hit the sweet spot in that market, mostly because the price differences often are negligible in comparison to the value of the whole system. However, if a company manages to hit that sweet spot, their product can sell in high volumes for many years to come.

At first sight, the performance of the SilentiumPC Fera 5 seems unimpressive. While it does perform better than a stock air cooler, the Fera 5 seems barely able to compete with tried and true designs that are now a decade old. The average thermal resistance of 0.1640 °C/W is right on par with the venerable Hyper 212, a cooler that was released in 2012, and is worse than what many top-tier coolers can do with their fans dialed down.

However, when we take into account the acoustic performance, the performance boards shift dramatically. The noise output of the SilentiumPC Fera 5 cooler is very low, even with its fan running at maximum speed, allowing the cooler to deliver good thermal performance with minimal noise. This was made obvious via our Thermal Resistance VS Sound Pressure Level test, which revealed at the Fera 5 delivered very good thermal performance per acoustic dB(A). 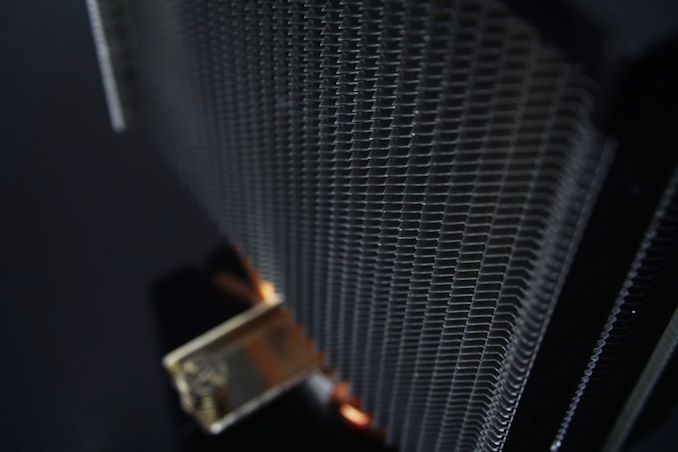 The high inclination of the curve suggests that adding more airflow would help the Fera 5 to eventually reach the performance of much more expensive coolers, such as the Noctua NH-U12A. With SilentiumPC marketing a dual-fan version of the Fera 5 for just $8 more, choosing the dual-fan version probably seems alluring.

Looking to satisfy our curiosity, we went ahead and tested a dual-fan configuration– and to our surprise we found is that adding a second fan to the Fera 5 actually worsens the overall performance of the cooler, shifting the curve to the right significantly. A substantial amount of noise is added by the second fan, but the thermal performance gain is negligible. The Fera 5 simply does not have the mass and/or the surface area to significantly benefit from very high airflow. In that respect the sole fan that ships with it is a good counterpart for what the heatsink itself is capable of. 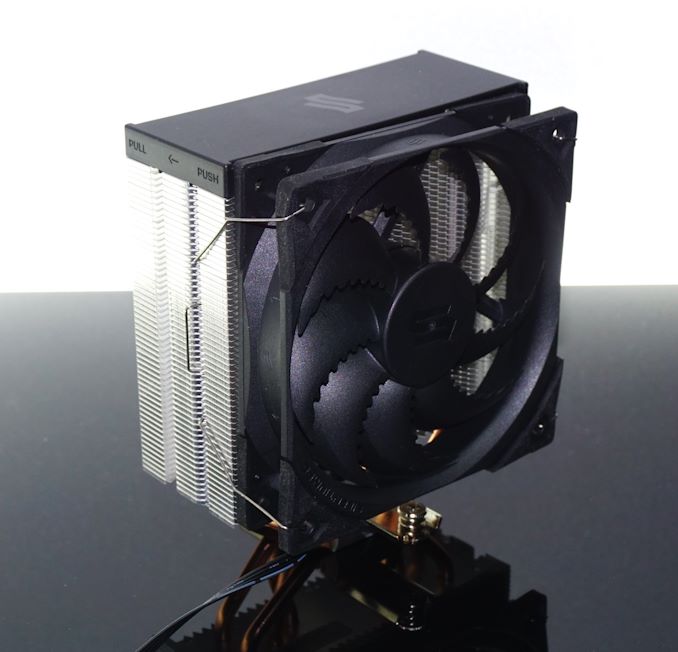 SilentiumPC designed the Fera 5 to entice advanced users who want a good tower cooler for their new gaming system and/or workstation but, at the same time, are on a limited budget. With street pricing running at around €30, it's a very tempting price for those in the market for a silent CPU cooler that will do more than just get the job done. Alas, the global instability during the past couple of years significantly limited the availability of many products, with the smaller companies facing the brunt of the crisis. As a result, the Fera 5 is virtually limited to Europe – and even then it's not exactly an equal distribution. Still, for those markets that have access to it, the SilentiumPC Fera 5 is a very sensible choice for users that want a budget cooler that offers a lot of bang for the buck and do not expect to be upgrading their CPU/motherboard combo anytime soon.