So far NCQ proves to be a a feature that could easily be nonexistent when running single tasks at a time. Because NCQ is a technology which is designed to handle random requests for data, the only way to efficiently test it is to throw a few applications at and running a few tasks at the same time. This will definitely give a hard drive a workout.

Business Winstone 2004 includes a multitasking test as a part of its suite, which does the following: 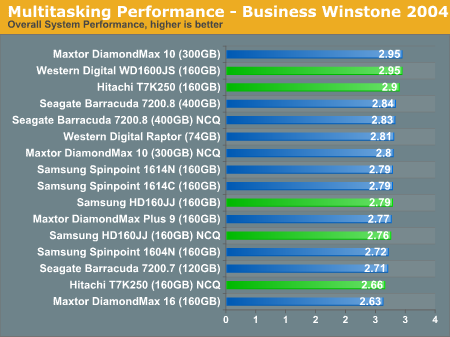 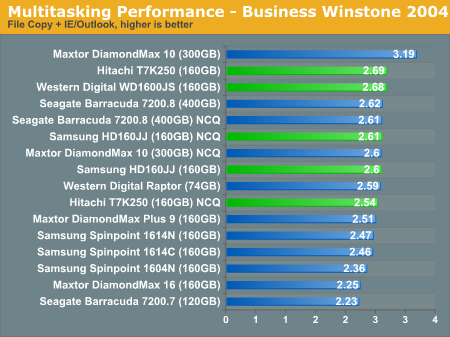 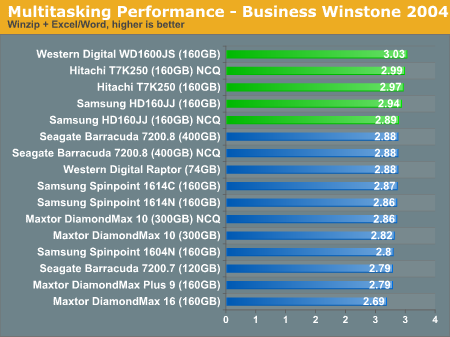 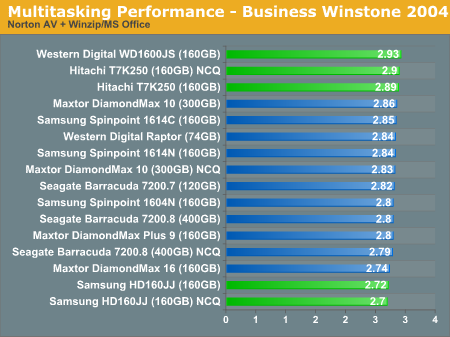